Two of my favourite models are the two versions of Lord Inquisitor Hannibal Rex. I originally made the Inquisitor on walking throne nearly two years ago, but did some changes, and re-painted his base like the rest of the army.
I was so happy with this model, that I decided to make another version of the same character. Since the Inquisitor has lost his legs, I gave him mechanical legs in the version on foot. Both versions of the model have been featured on this blog before, but now I have some better pictures of the updated models, with their retinues. 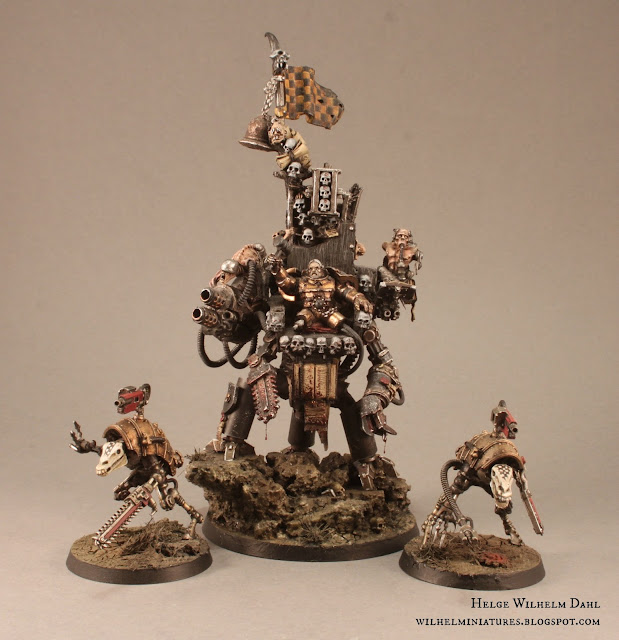 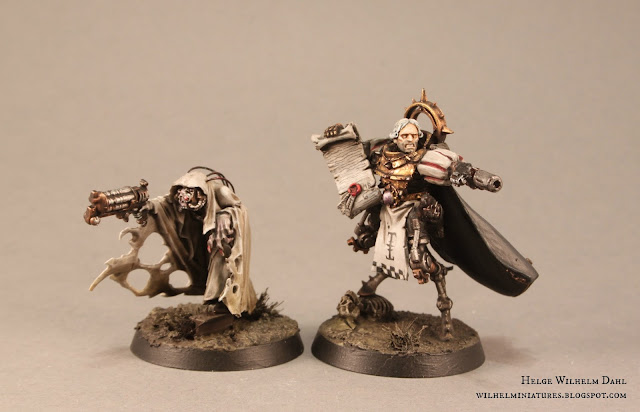 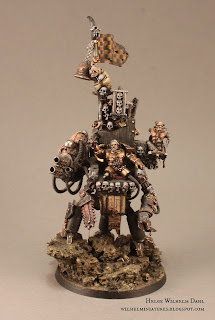 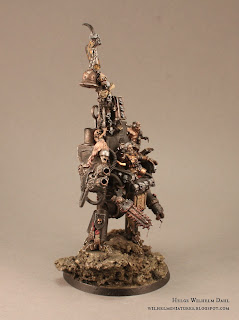 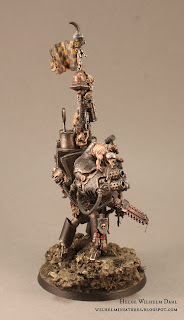 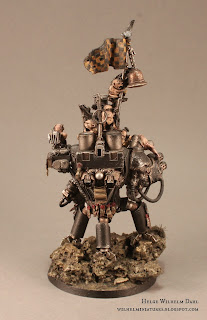 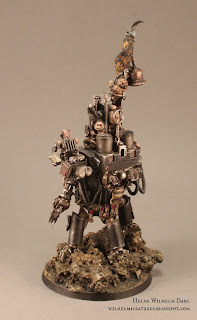 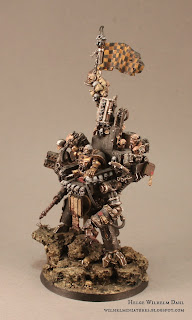 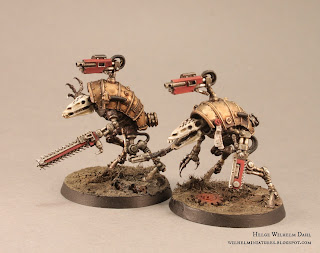 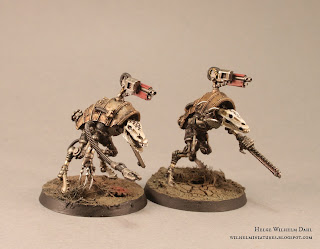 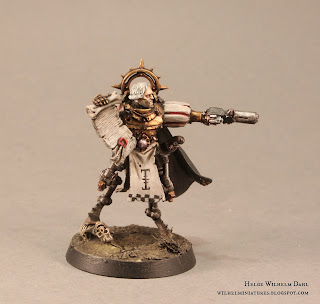 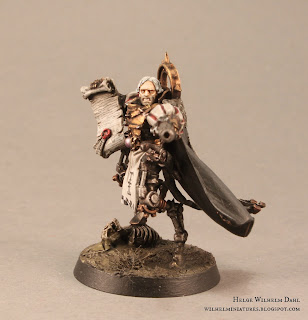 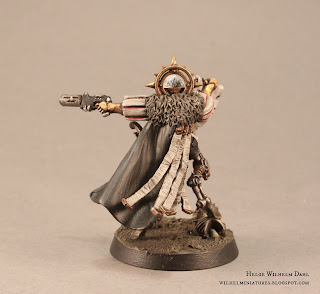 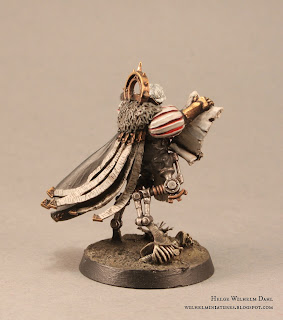 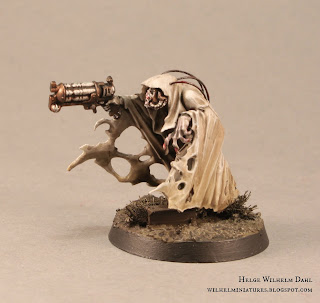 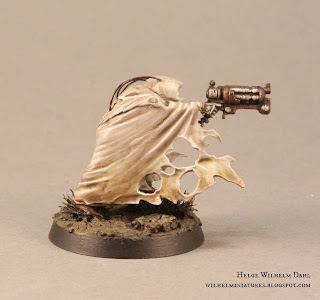