It's time for another unit from my Armies on Parade 2015 entry. This time i want to share my Cyberhounds and their Handler. Originally These models where made for my daemons, as Flesh Hounds. If I ever play a game using Daemons, I'll probably use them as such. But when I was building my second batch of hounds (the four painted beige), I put them beside one of my Mechanicus models and they looked great together. I then decided to use the hounds as some kind of dog servitor, with servo-skulls as heads.

The Houds are based on GW Fantasy Chaos Warhounds and Tomb Kings horse skulls. I only had one Horse skull in my bitz box, so I made a quick instant-mould to cast the rest in green stuff.  Green-stuff dries softer than plastic, so I was able to cut off the lower jaw, and glue it back into place on some of the hounds, to make a couple with open mouths. If I make more hounds, I'll add some cables and other mechanical details to make them more 40k/mechanicum looking.

The Handler is based on the Corpse Cart driver, with a FW servo skull and servo arms. 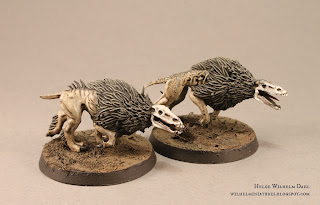 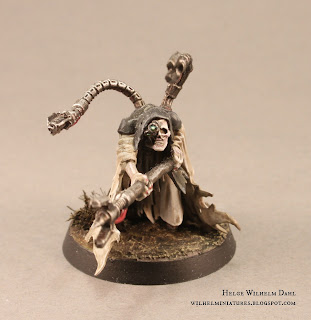 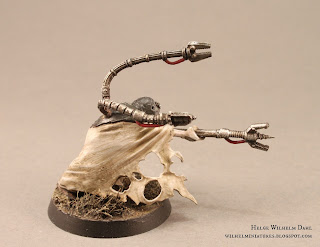 When using them as chaos hounds, I decided to make a daemon leader for the squad instead of the Mechanicum Handler. I had a FW hound in my great box of bitz, and made it into a classic Cerberus conversion. The model is still WIP, so I'll add some more 40k details and cut the cables. 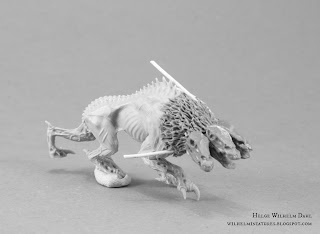