After painting Forge Worlds Great Unclean one for the fang, I became inspired to paint more Nurgle miniatures. In between exams I played around with different bits in my bits-box, kit-bashing three Death Guard, a sergeant and a very WIP Terminator/Lord/count-as Thyphus. I used Dark Vengeance Chaos Chosen bodies mixed with FW Space Marine Iron Armour and some Maxmini biohazard heads.
The plan so far is to make a small force of Nurgleish models which can be used as a detachment for my Chaos Renegades or Marines.

This is what I've done so far. 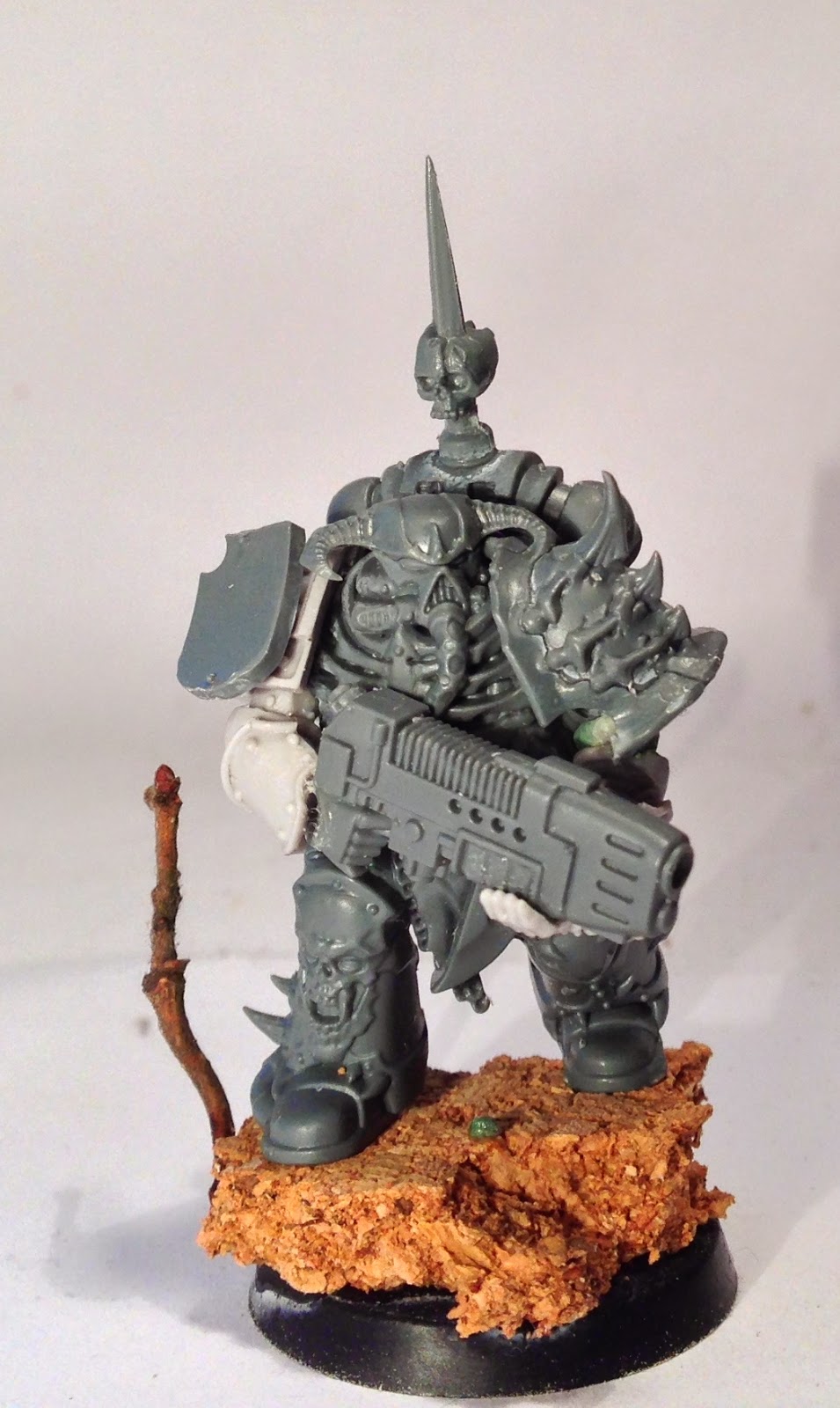 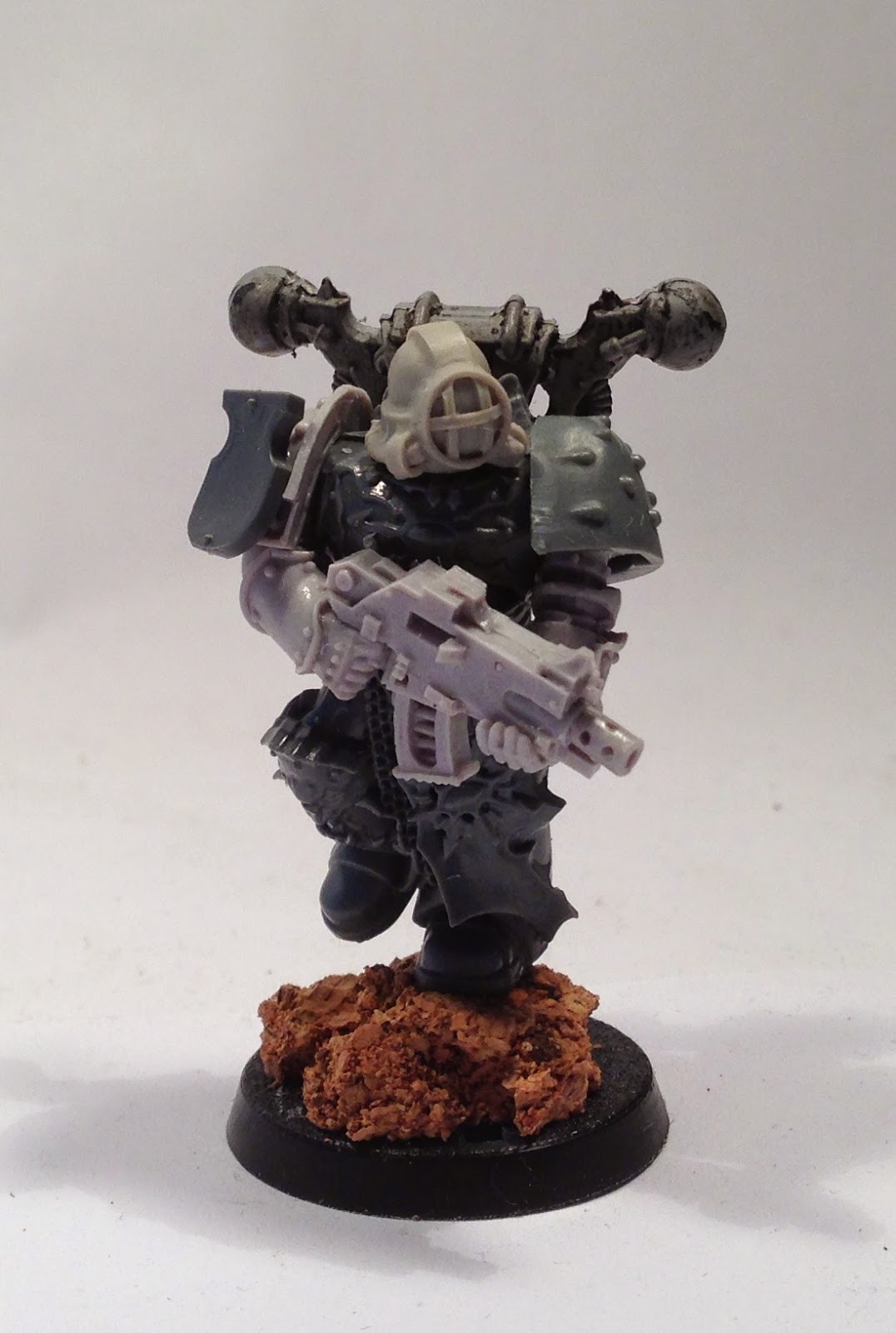 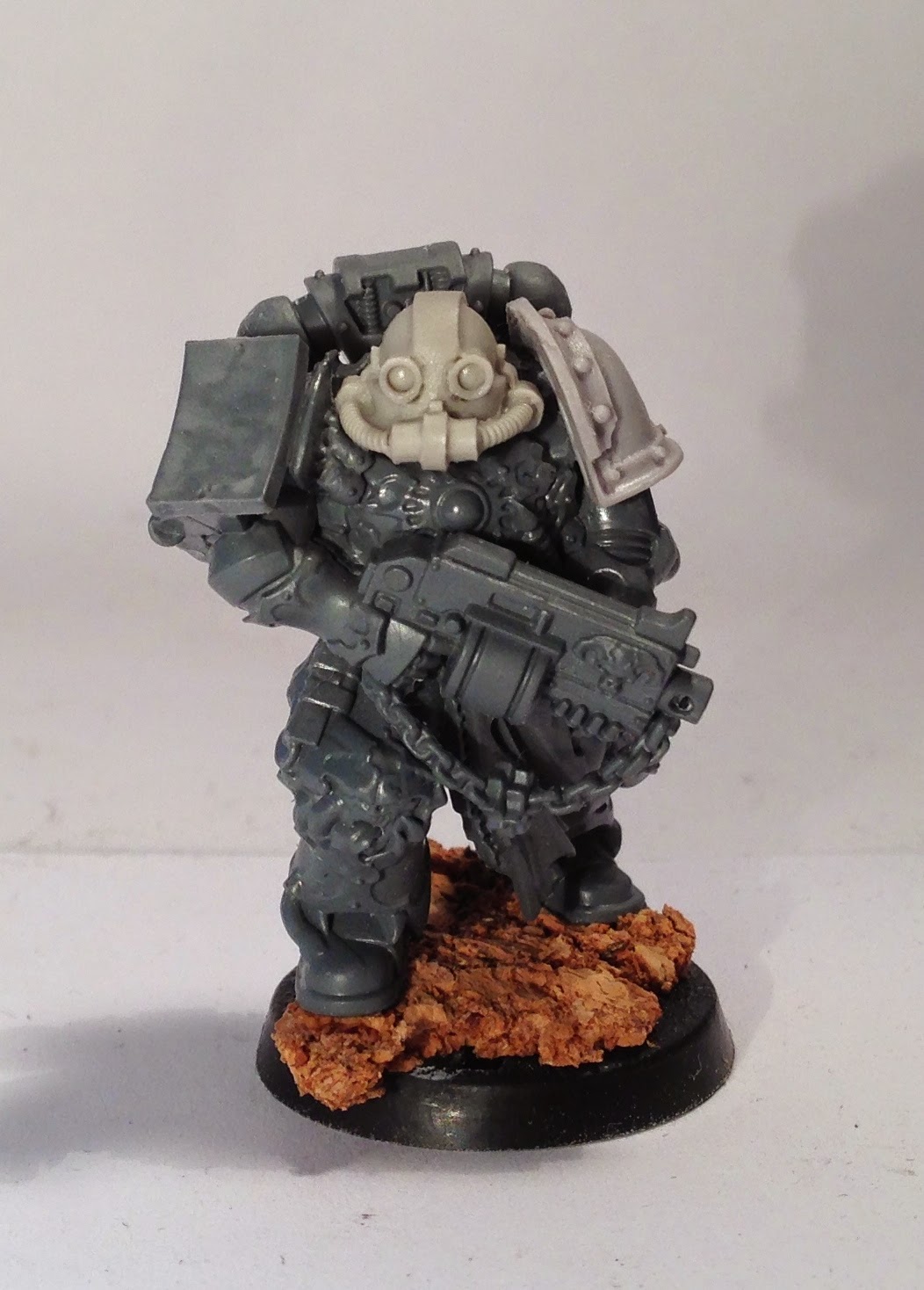 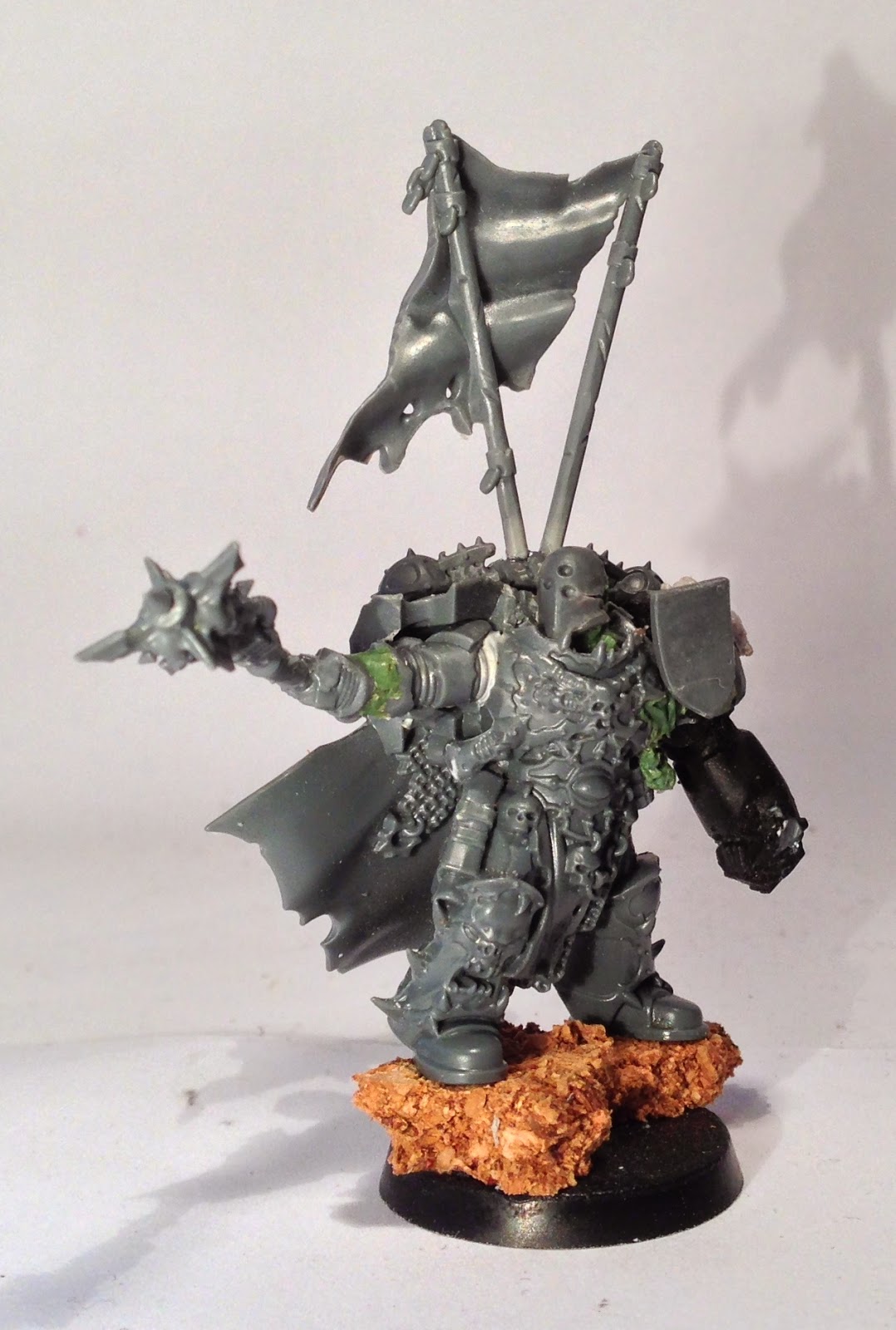 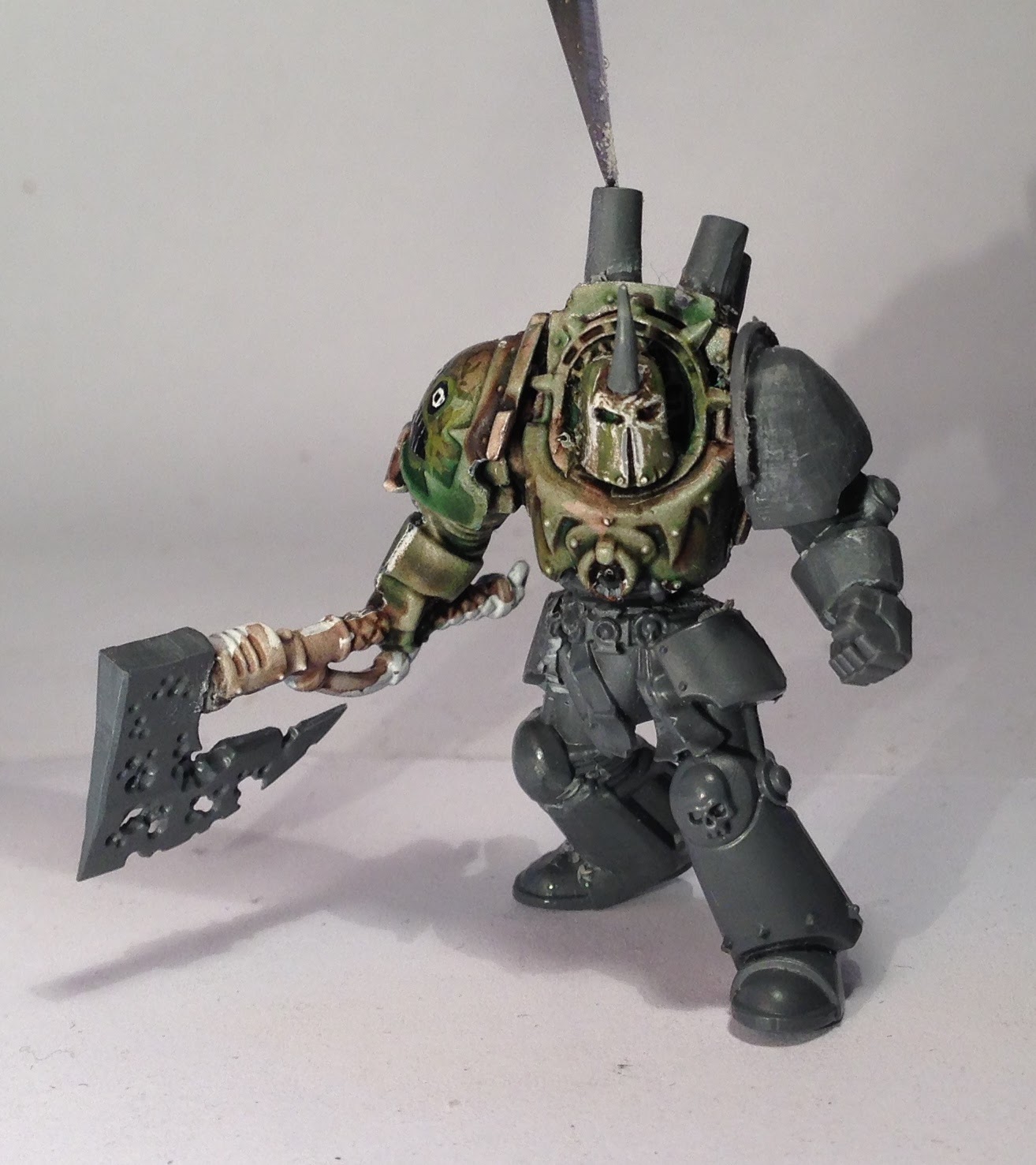