It's almost a month since we played the first part of the Vortapt IV campaign. I've finally gotten around to photograph the newest members of my Nurgle warband. The first one is the Crimson Queen:

This is the warband's leader, an ex Tech-Priestess. She was based on the lower body of a Tech Priest Dominus (the third time I converted third model) and the torso from a Tomb Banshee. The head and arms are taken from a Sister of Silence, with antlers from a Blightking. I tried to paint this model in the same style as the Pestigors, using only washed over a corax white undercoat. The orange was done using several layers of GW orange shade. I added some red and green shades in the recesses to get a more interesting finish. The skin was painted the same way as the skin on the pestigors, using a little less green to make her look more human. Check the skin tutorial I made HERE. 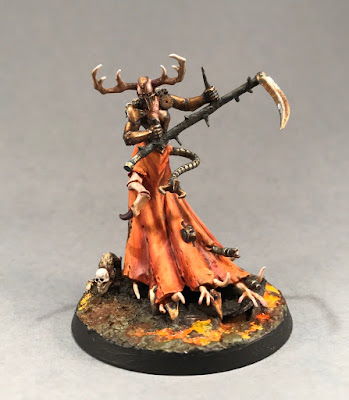 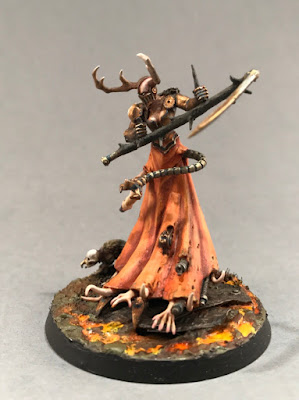 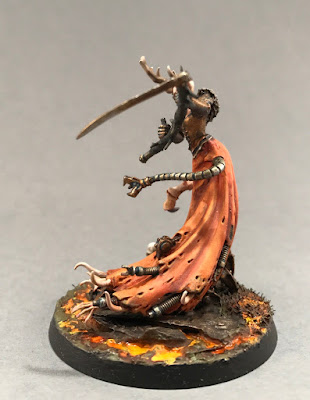 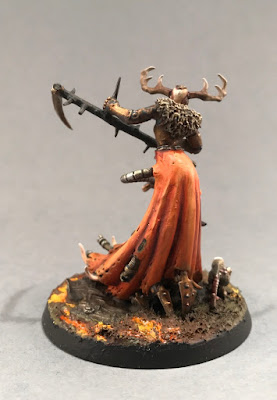 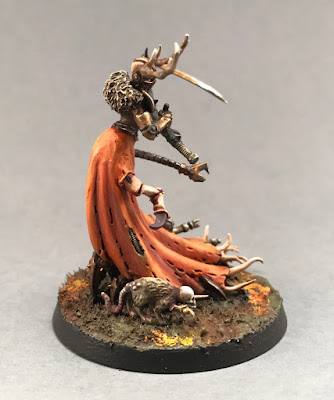 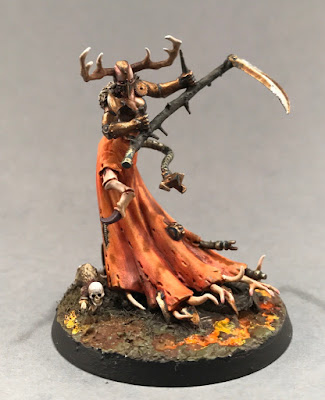