I've created another machine for the project me and Red Skullz are working on: Nestorian Infestation.
This is something similar to the servitors I posted last week, only bigger, a lot bigger. The statue mask is a cast of a baby dolls face. Behind the mask, I glued FW Calas Typhon's diorama base. The legs and back are from an old Chaos Defiler. I cut the defiler legs at the knees, and turned the joint backwards. I used some cables and electrical bits to cover up the gaps. Like I did with the other robots, I sculpted a hole/third eye in the centre of the forehead.

This is an ancient machine, that stalks the ash wastes outside the Hive City. Its former purpose is long lost. Maybe this walking statue, was ones a terrible weapon. Or maybe it was an instrument, used in peace times, walking in parades of the once great city.

The Genestealer Cult now uses this machine, and others like it, to spread spores and Tyranid bio-gasses into the atmosphere. 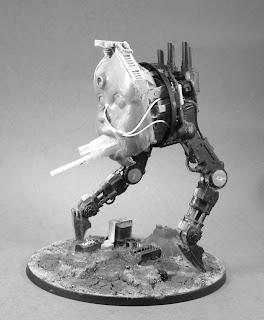 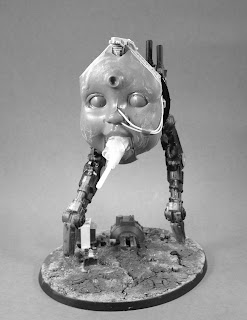 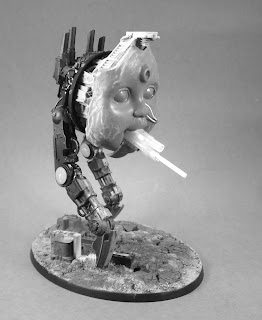 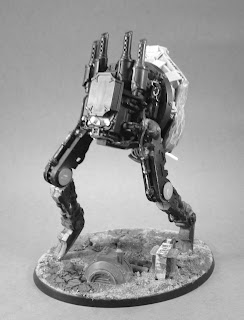 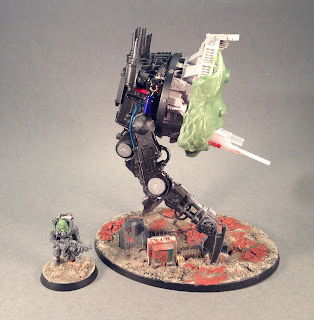 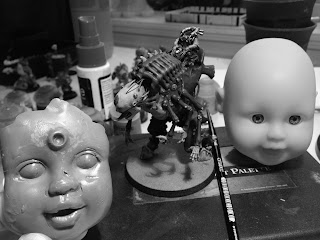