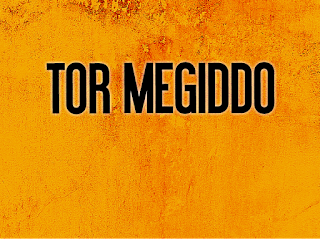 I'm finally finished with some miniatures for my Tor Megiddo warband. The game is in under a month, and I have several more characters to paint before then. 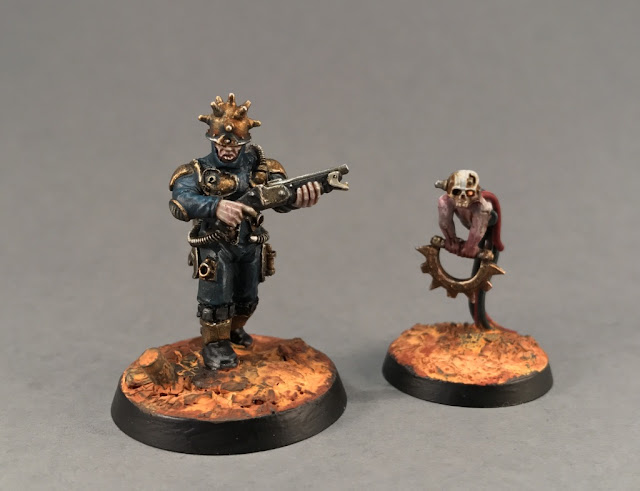 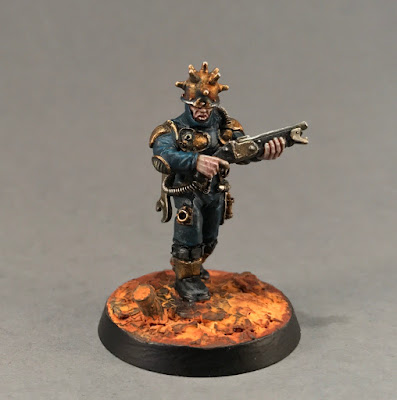 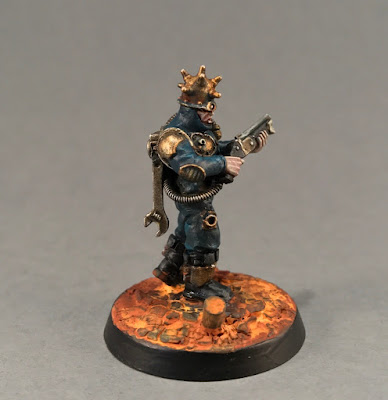 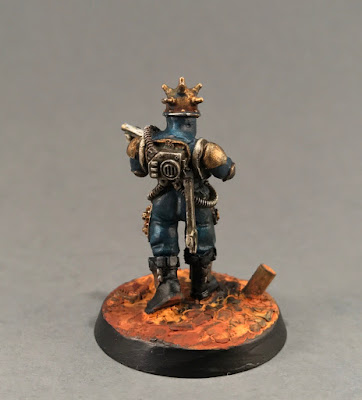 This guy was based on a finecast servitor. GW's servitors have huge feet, so I swapped them with a pair of Cadian boots. The arms and shotgun are from the Genstealer Cult hybrids. I cut the barrel shorter and added a human jaw from the new skull box as a decoration. The head is from the old Men at Arms box, and the helmet is one of the flying bomb things from the steam punk dwarves. 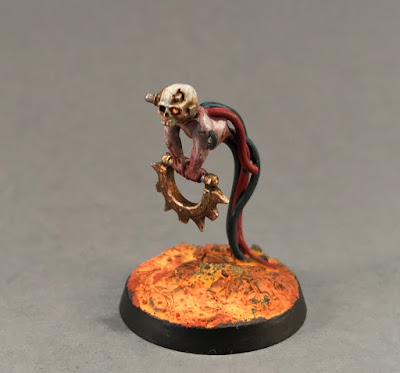 The Cherub is based on the one from the Space Marine Devestators. I swapped the head for a servo skull and the legs for cables. It's holding a halo from an electro priest. It's supposed to be some kind of close combat weapon that can be used by a nearby character.