Dark Imperium has motivated me to start a new Nurgle army. It's been a while since I've painted anything for an army. Recently I've been working a lot on miniatures for painting competitions and small warbands. Now its time to paint something quick, dirty and relaxing.

After a few small modifications the Poxwalkers turned out really nice. I did easy conversions on all 20 models. 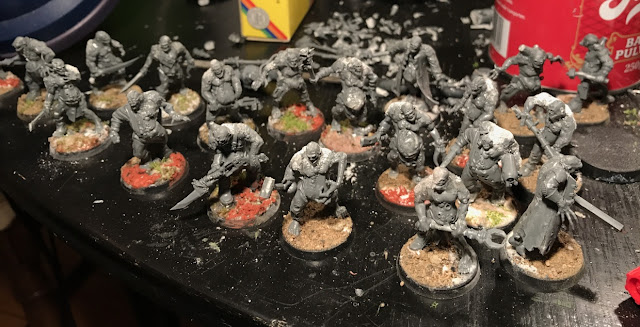 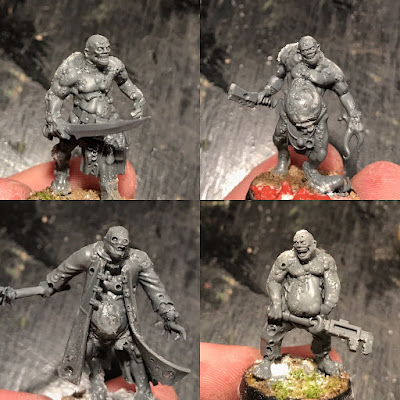 The conversions I did were pretty simple. I removed the huge horns and tentacles and swapped their limbs around to make every model individual. I filled all gaps and details I didn't like (for exsample the one with the huge tentacled belly wound) with cheap superglue and sealed it with superglue accelerator. I used superglue and baking powder to give the skin a more interesting texture around the parts where I had removed the horns and tentacles. 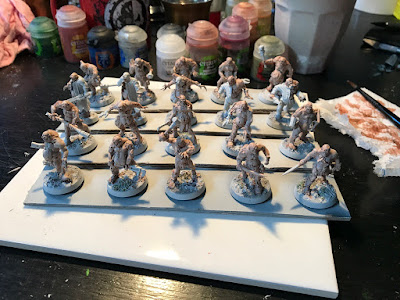 I. I've never painted this many models in one batch before. To make the painting more effective I blue tacked the models to strips of cardboard, five on each strip. When painting this many miniatures it's easier to paint four units than 20 individual miniatures.

The Poxwalkers were primed with a layer of Corax White spray. 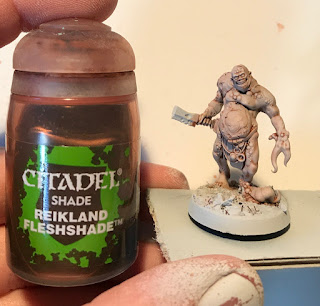 II. The miniatures were washed with a thin coat of Reikland Fleshshade. 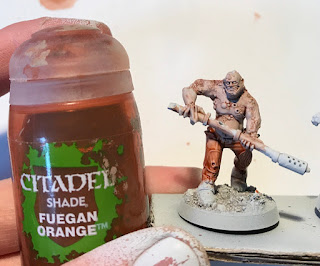 II. Some of the Poxwalkers are wearing pants and jumpsuits. These were painted in a coat of Fuegan Orange. This is just the first of many layers. I painted more layers of this colour while waiting for other steps to dry. You'll get a bright colour after three to four layers. 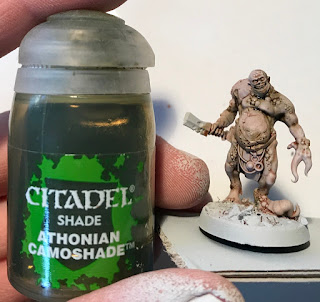 III. Athonian Camoshade was painted into the shadows and around the boils. 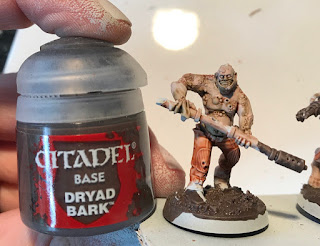 IV. The bases were painted Dryad Bark using a large brush. I painted the same colour on some of the metal parts. I will paint the smaller metal details in the same colour later with a smaller brush. 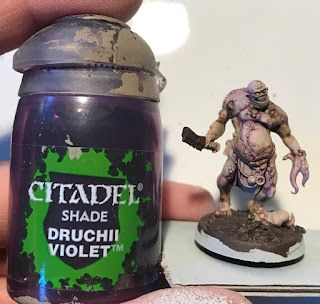 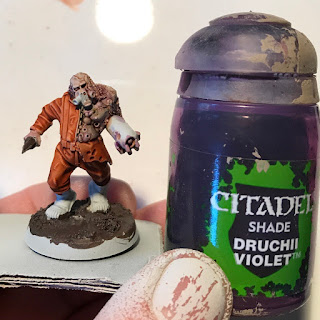 V. To give the skin more variations and more shadows I used Druchii Violet. This colour was also used on the remaining tentacles and where skin meets clothing. 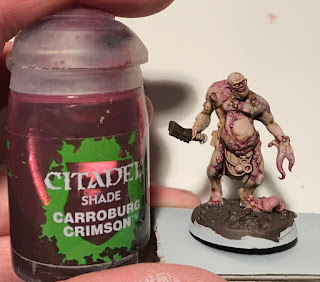 VI. Carroburg Crimson was used in the same way as Druchii Violet in the previous step, but this time it was concentrated a bit more on tentacles and wounds. 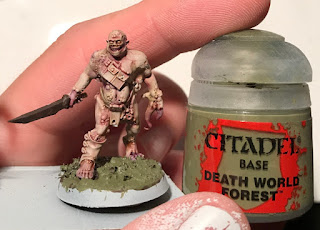 VII. The bases were stippled with Death World Forest.

This is what I've done with the Poxwalkers so far. I've spent three hours painting all 20 miniatures to this stage. I'm not home at the moment, but will be back in a couple of days. I'll try to finish the models and part two of this tutorial next week.