I've finally photographed the duel I made for this years Golden Daemon. There were a lot of amazing entries in the competition, and it was great to see all of them in the flesh. I got a finalist pin for this entry!

The base was made of a large plastic pipe cut into the right shape. The edges of the pipe were made with rusted metal plates. They where bent into place and smoothed into the surface with greenstuff. To mach the rusted texture on the plastic surface I used superglue and baking powder. Some places I also used GW crackle paint and Typhus Corrosion. I gave the outside of the pipe an earthy texture using white glue, sand, earth and roots.

The Genestealer isn't converted at all. It's a model from Space Hulk. The Genestealer bursting through the floor os one of my favourite miniatures. I used greenstuff, superglue, cracklepaint and typhus corrosion to smooth it into the pipe.

The human explorer is a mix of Solar Auxillia and Genestealer Cult bits, with a Chaos Renegade Militia backpack. I regret using a helmeted head on this one. He would look more surprised and scared if I you could see his facial expressions. 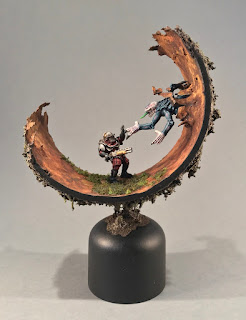 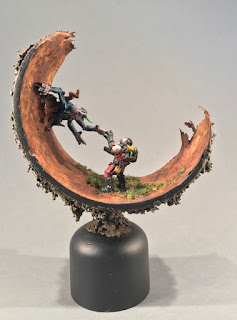 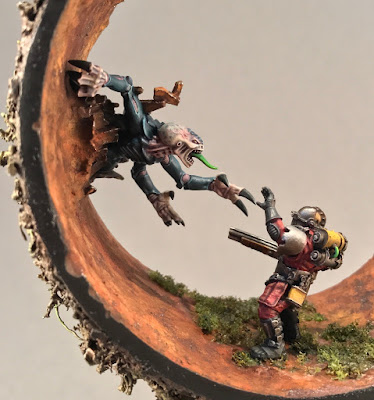 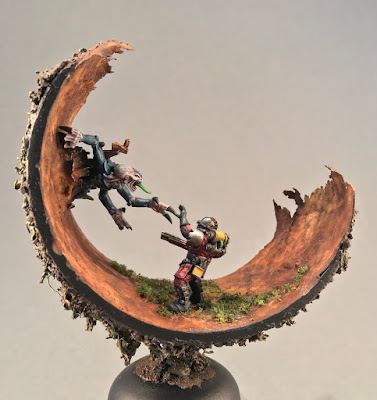 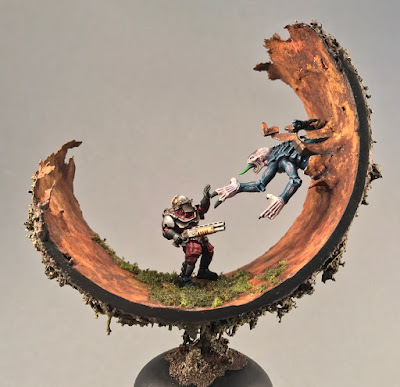 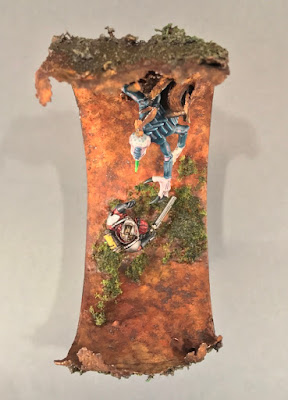 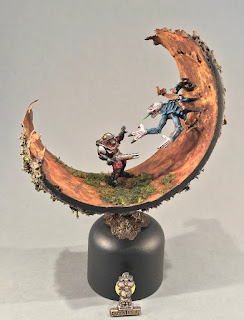