I just got the Dark Imperium box and have decided to start a new army. It's been a while since I played any 40k games, but with new miniatures and rules I'm motivated to try again. I will start the new army with the Nurgle miniatures from the new box. This will probably also be the miniatures I use on this years Armies on Parade. Probably together with my Black Pox Pestigors.

I really like the size of the new Death Guard miniatures. They feel true scale compared to the human sized Poxwalkers.

The thing that annoys me the most it that Nurgle's most iconic weapon, power scythes, still don't have rules. But I guess I can use them as regular power weapons.

The Poxwalkers are a bit too cartoony for my taste. But after removing the huge horns and tentacles and making the weapons smaller, they're starting to look good. 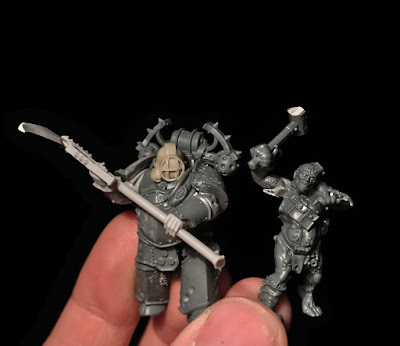 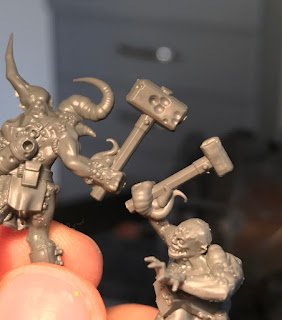