The leader of my Pestigor warband is a being called the Crimson Queen. She is an ex Tech Priestess.

The Queen has turned her back on the Imperium to find greater power elsewhere. On the planet Vortapt IV, the fourth planet in the Vortapt System, she discovers a group of Abhumans/Pestigors. This group is slowly dying of the plague, the Black Pox. The Crimson Queen provides medicine and mechanical augmentations for the dying Abhumans, saving them from their imminent death. They start treating her as a saint, and she quickly becomes the leader of the group.

I made the first version of the Crimson Queen using a Tech-Priest Dominus, but when the new version came out, I changed my mind. This version of the model is based on the new Belisarus Cawl model. I still have some work left to do on her, but I really like where this is going!

I really like the silhouette she gets with wings, but I'm not sure if they're a good mach to the rest of her. What do you think? 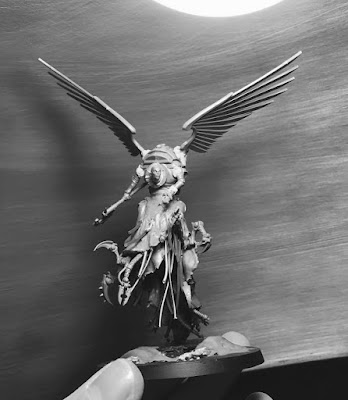 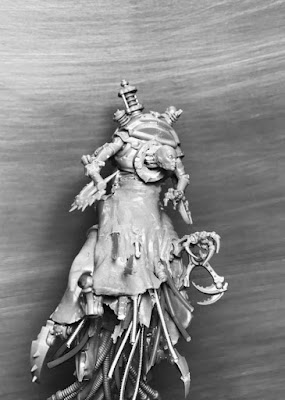 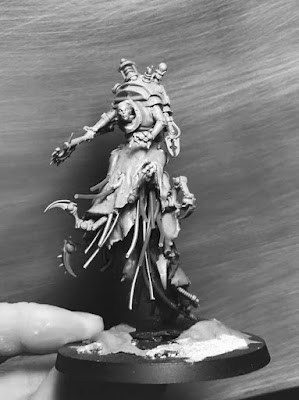 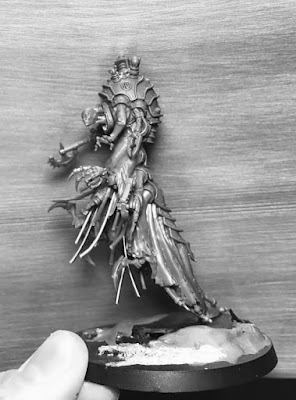