It's been a while since I posten any of my own stuff on the blog. I haven't been able to do much modeling and painting since Armies on Parade, but I have a few news I'd like to share with you.

The terrain I've been building for Nestorian Infestation is more or less finished. It has been on my shelf for several months. But I decided to paint a few details, and wash the board before Bigbossredskullz came to my place for a game last week. He has written two battlereports using his new set of rules, a mix of Age of Sigmar and Necromunda. You can read about it on his blog (LINK).

Originally we planned to play a game of Nestorian Infestation. But my Genestealer Cult is currently in England, being photographed for Blanschitsu! Instead we decided to have a classic game of an Inquisitorial warband vs Chaos. He used his fantastic Tzeentch warband, and I used Inquisitor Hannibal Rex and his retinue. 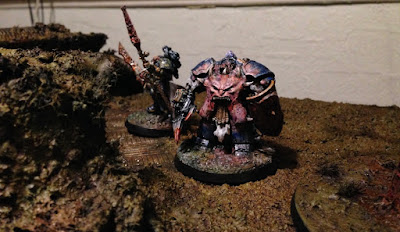 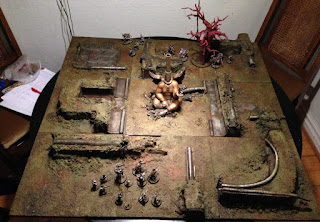 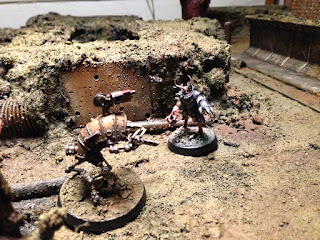 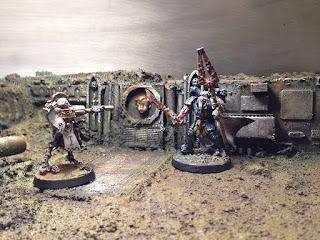 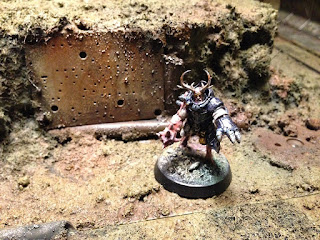 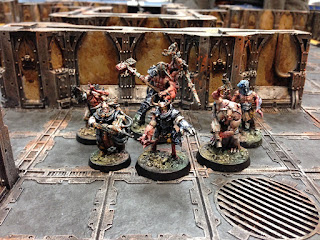 At the moment I'm mainly focusing on the Outgard project. But when the new Genestealer Cult boxes came out, I couldn't resist putting together a few models. Here are two new characters for my prison themed Genestealer Cult: 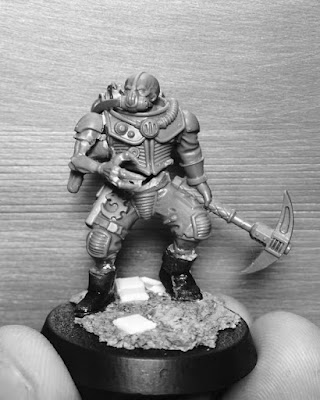 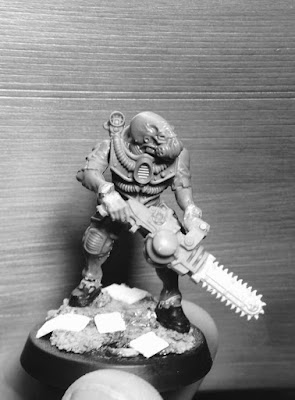 As I mentiones earlier the Outgard project is my main focus at the moment. The game in Helsinki is just over two weeks away, and I still have a couple of models I have to finish before the event. First up is my tracked wytch hut. When I saw Ana Polanscak's finished chapel, on her blog Gardens of Hecate (LINK), I really wanted to do something similar. Even though I wanted to build a wooden house, I wanted to give it some 40k madness. I decided to make something like Kris Kuxi's Churchtanks, and started to build the house on top of an old Land Raider. 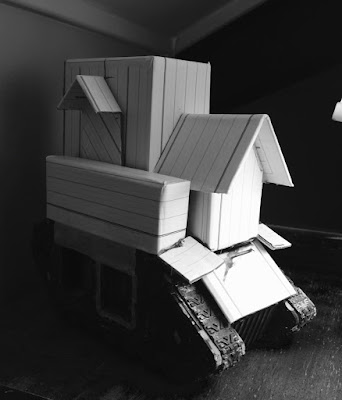 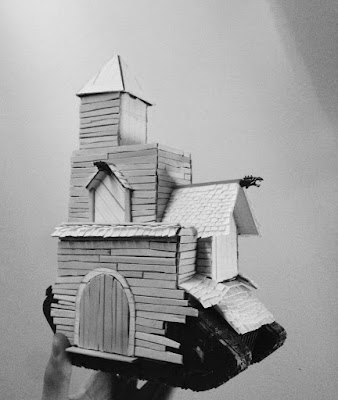 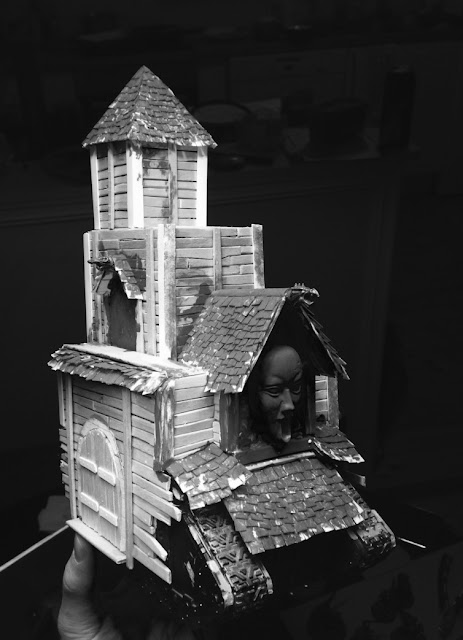 I've also started to paint my Knight for the Outgard Warband. More on this guy will come soon! 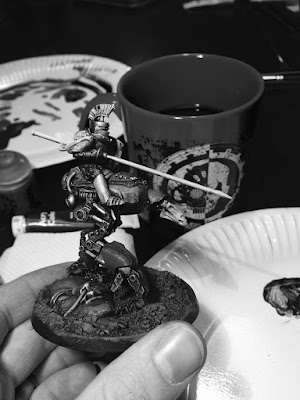