A lot of people have given me great response on the way I paint my skin tones. Some have even asked if I could do a tutorial. Thank you all for the support! Here is my skin tutorial:

The model I've decided to use is a conversion based on a Plaguebearer. I have given it mechanical limbs combined from Mechanicus kits and fantasy Spider legs, from the Goblin Spider-riders. The head is from a Dark Eldar Ur-Ghul. This model will be one of my new Chaos Daemon races, which will make an appearance on my Armies on Parade table in this years competition.

All paints used are from the Games Workshop range. 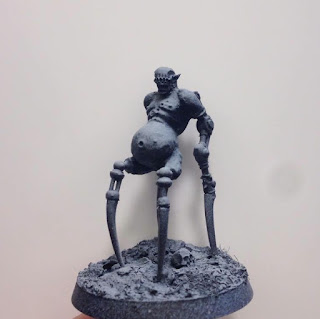 I. Prime the model. 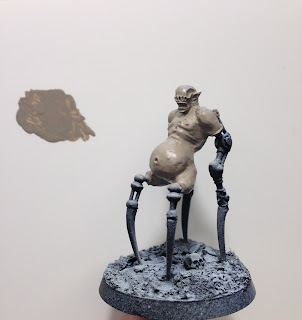 II. The Daemon was given a base coat of Rakarth Flesh. 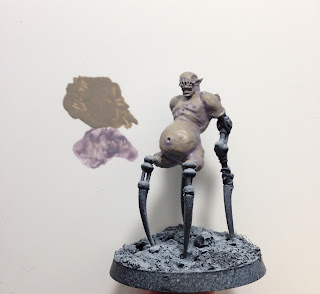 III. After the mid tone was applied I started to work on the shading. I used watered down Slaanesh Grey and carefully applied it in the recesses of the skin. This step often varies when I paint different miniatures. I paint skin in the same technique, but use different colours in the shading process. When I painted my Blue Horrors I used dark blue mixed with Rakarth Flesh on this stage. You can also use other colours mixed with the original skin colour to get other shades on the skin. 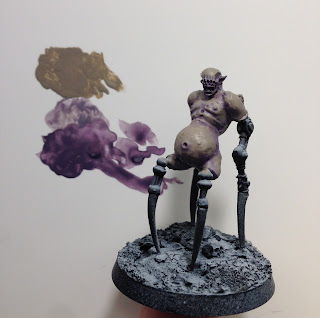 IV. I gave the skin even more contrast by shading it in the same way as the previous step, but this time using Daemonette Hide. If you use other colour combinations you should mix a bit more of the shading colour with Rakarth Flesh at this step. 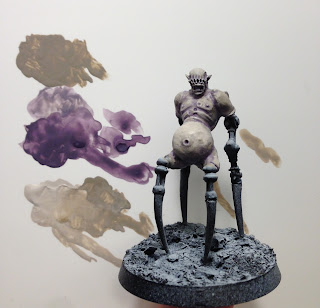 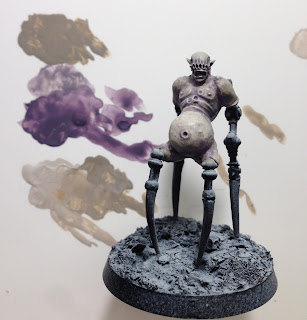 VI. Pure Pallid Wych Flesh was used as a edge highlight. This is most important on sharp details like hands and faces. 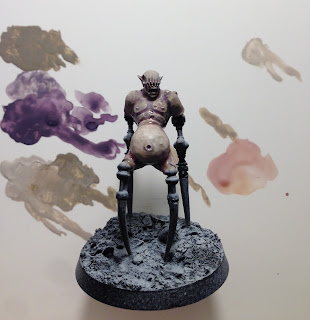 VII. A thin wash of a mix of Lahmian Medium, Reikland Fleshshade and Druchi Violet (more LM and RF than DV) was applied to give the skin a warmer, more living feel, and to make the transitions between the previous steps smoother. 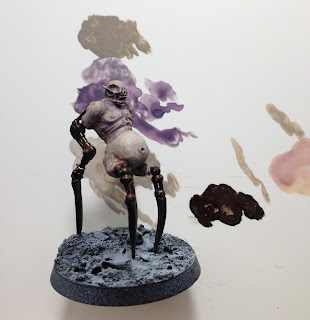 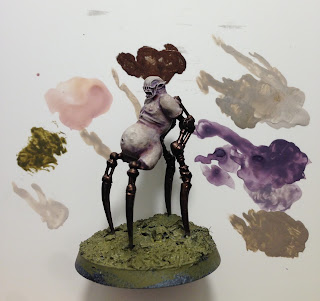 IX. While waiting for the metal to dry, I basecoated the base with Death World Forrest. 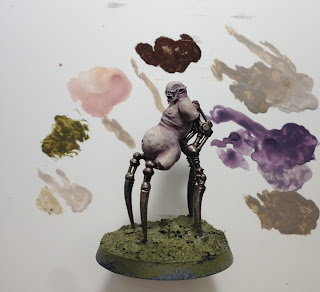 X. The matal was drybrushed with Golden Griffon. 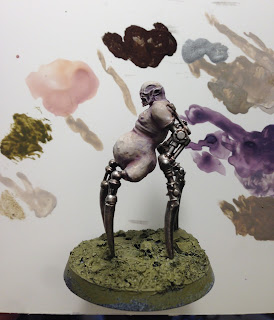 XI. Followed by a lighter drybrush of Stormhost Silver. 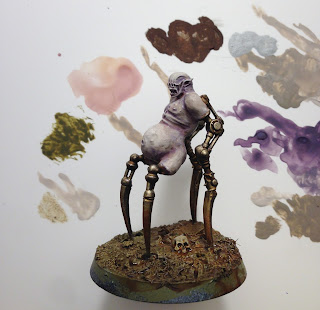 XII. The base and was given a light drybrush of Rakarth Flesh. The metal and base was given a heavy wash of Separim Sepia. Before the Sepia wash was dry, I painted a large area of the base using Fuegan Orange. The orange and sepia blended naturally together creating interesting patterns on the base. The lower half of the metal spider legs was also given a layer of the orange wash. 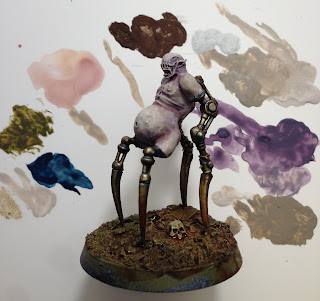 XIII. Watered down Stegadon Scale Green was applied in the recesses of the metal, giving it a more corroded look. 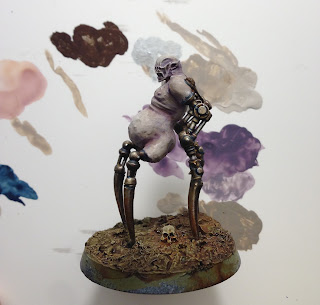 XIV. The metal was given a sharp highlight of Stormhost Silver.

Now the model was almost finished, just some details left to do. I used red glazes around the stumps of the Daemons limbs, and on some small wounds on the flesh. I also added a bit around the mouth, eyes and ears, and painted the teeth. A few touchups here and there, and the mode was done!

While I waited for the wash on the base and metal to dry, I played around with some paint and washed on my palette, creating an artsy background for the model. I really think this is a great background for the pale skin colours, so I'll try to paint my Armies on Parade board in a similar way. 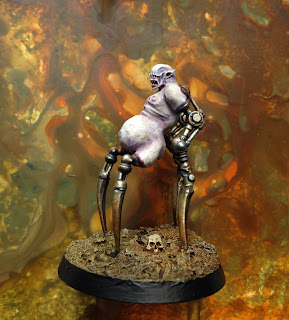 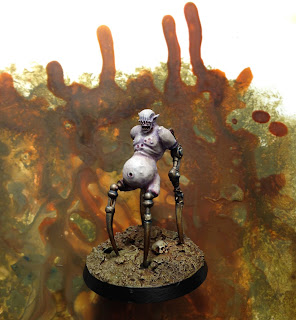