Last time I wrote a post about my Armies on Parade project, I showed you the Bosh inspired Gate to the underworld. This time I'm going to show you what's underneath it.

I've entered Armies on Parade the last two years. And my model collection have grown rapidly during this time. I really like making terrain, but I don't really have room for another huge display on my table or in my glass cabinet. To fix this problem, I've decided to make this years display on a vertical base. When I'm done, I'll be able to hang the display board on my wall, like a painting or picture. 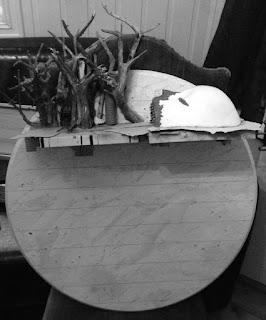 The display is based on a round pice of wood. I added the head on the top level and made a creepy forrest from twigs . 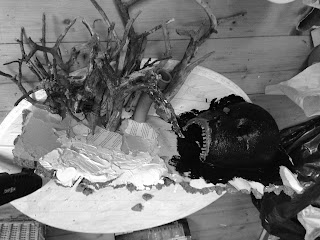 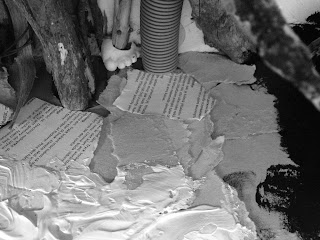 I glued a pieces of cardboard on top of each other to make a base for the texture. This was followed by thick paint. 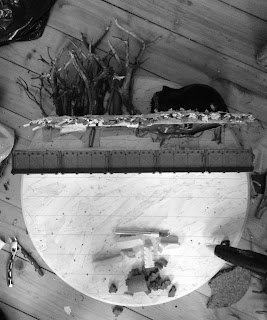 The next layer was created by using the insides of GW containers. 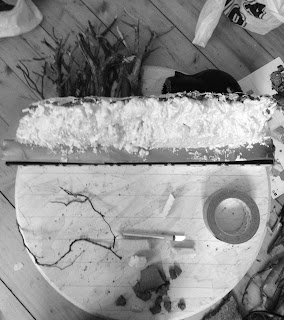 The empty space between the layers was covered in spray foam. 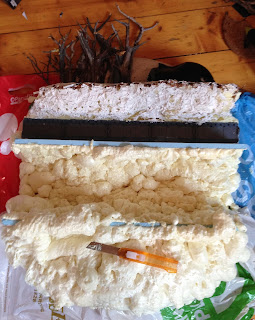 I usually think black and white pictures work better on WIP pictures, but sometimes its easier to see the materials used in coloured ones.
I used spray foam on the other layer as well. This gave the cave a really nice base shape. 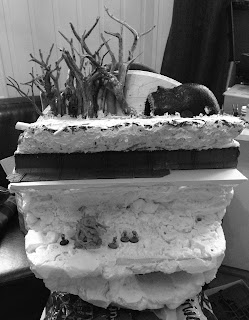 While cutting the foam into shape, I used models for scale to make sure the display had an appropriate size. 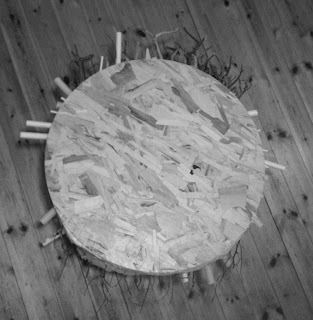 The backside of the display. 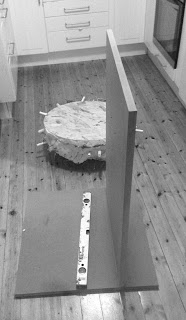 When entering the Armies on Parade competition, you need to display it on a horizontal base. My display is vertica. To be able to bring my display to the competition, I made a stand for it. 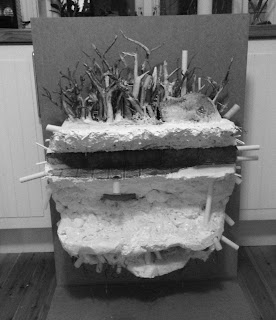 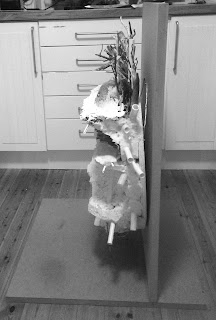 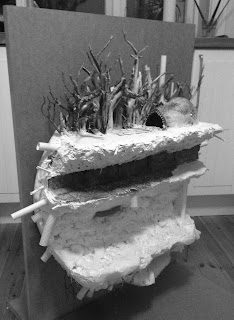 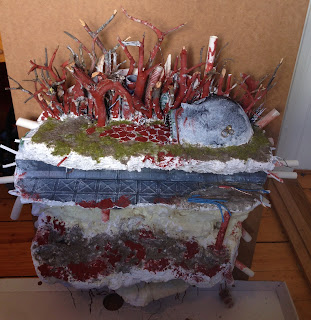 At the moment I'm adding sand, grass and texture paint to the display to give it a more interesting texture. I still have a lot of texturing left to do, and add a couple of details.
Hopefully the display will be ready for paint in a couple of days.
Posted by Wilhelm at 06:26

Email ThisBlogThis!Share to TwitterShare to FacebookShare to Pinterest
Labels: Armies on Parade, Outgard