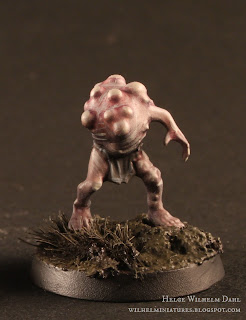 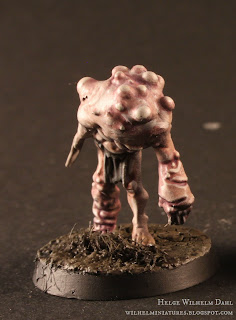 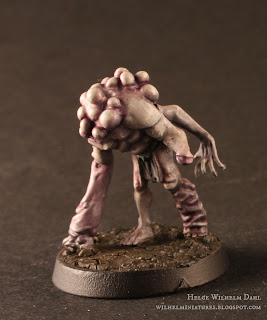 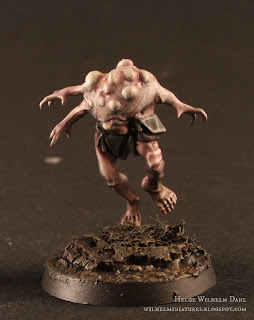 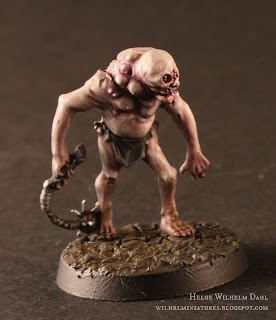 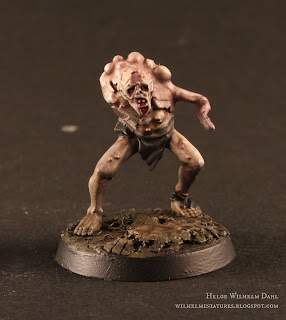 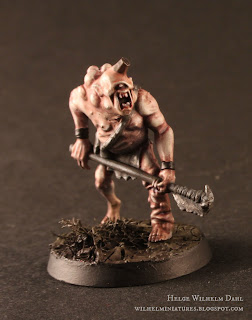 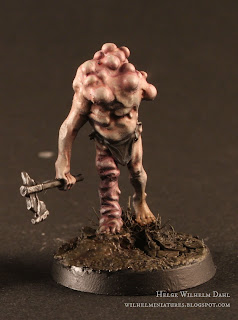 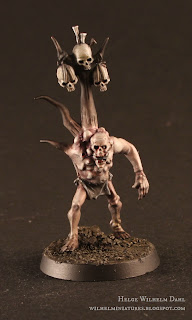 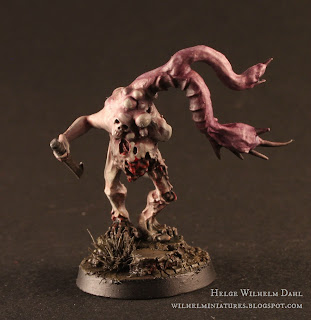 Most of the mutants where based on the Goblin Town goblins from GW's The Hobbit range. I really like to convert these models. They are among the most Nurgleish looking models GW has ever made. Even more so than many of GW's Nurgle models! The few heads that where used, where the severed heads from GWs Blight Kings.
By adding some additional details, I made them look more infected by Nurgles many horrible deceases. The lumps was made by several already dry balls of any sculpting putty I was using at the moment. When finishing a project using green stuff, I often roll small balls of the left over putty for this purpose. To blend the lumps smoothly into the body, I used a lot of thick superglue. I added superglue to the body and dipped it in a bowl filled with the green stuff balls. When the balls had dried in place, I covered them with a second layer of super glue. I sprayed the glue with superglue activator immediately after. This made the glue dry in place, acting like a skin over the lumps, blending them perfectly into the rest of the body. Doing this is a lot more effective than smoothing it all together with green stuff. 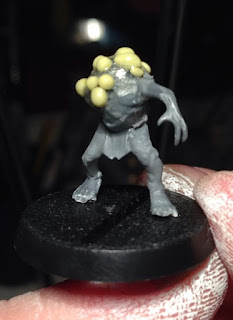