In the last couple of days I've worked on my Daemon Fulgrim for Golden Daemon next month. It's only two weeks left, but I hope I will be finished painting him in a standard that I'm happy with before then. the conversion is finished, and I think he looks really cool. His torso, head and main arms, are from the original Forge World Fulgrim. I picked the second set go arms from Forge Worlds Emperors Children Paladin Blades Squad to give him an extra set of swords, matching his main two handed weapon. The feathered wings are from the Dark Eldar Scourges. And the serpents tale is from a Sepulchral Stalker. 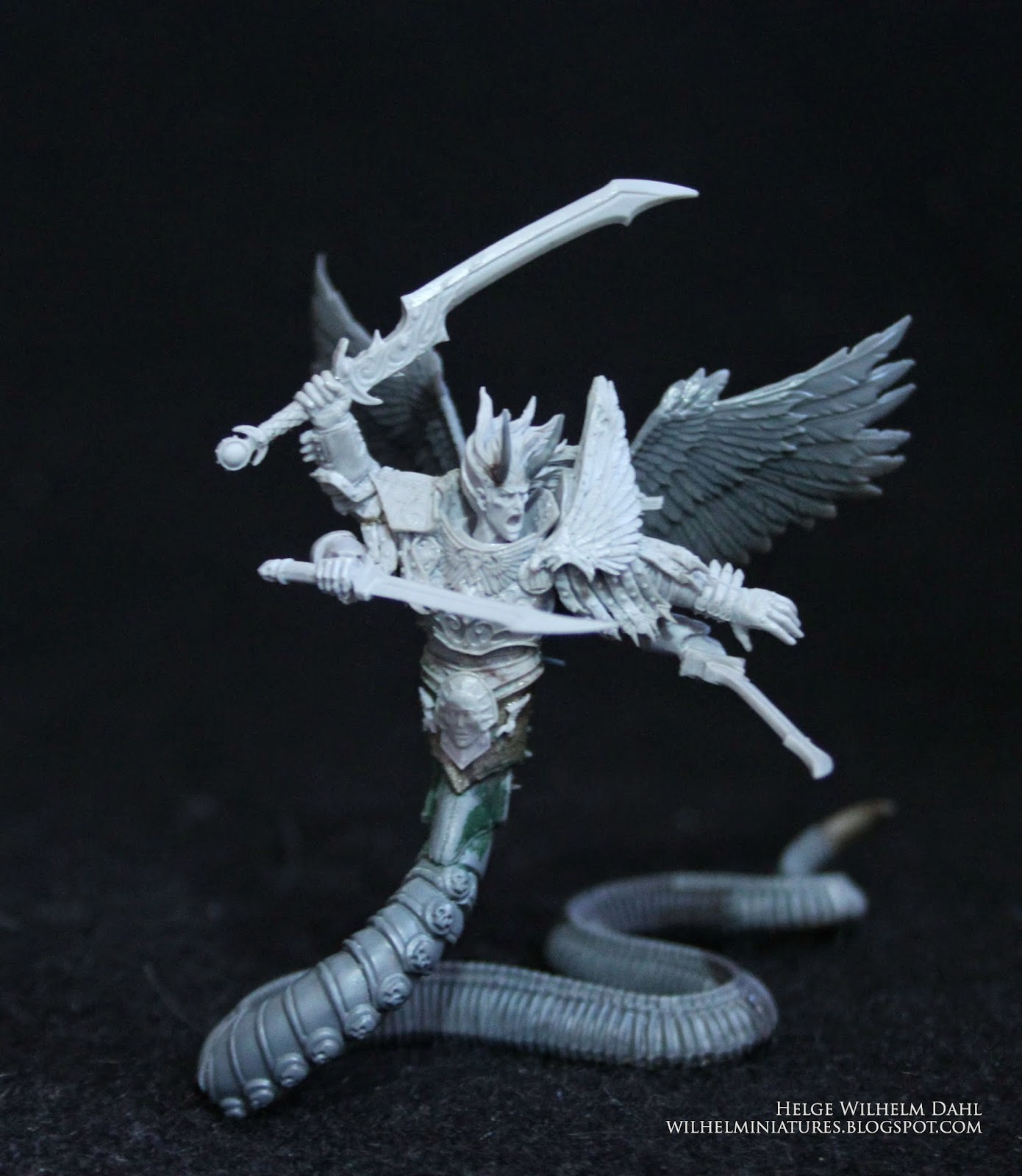 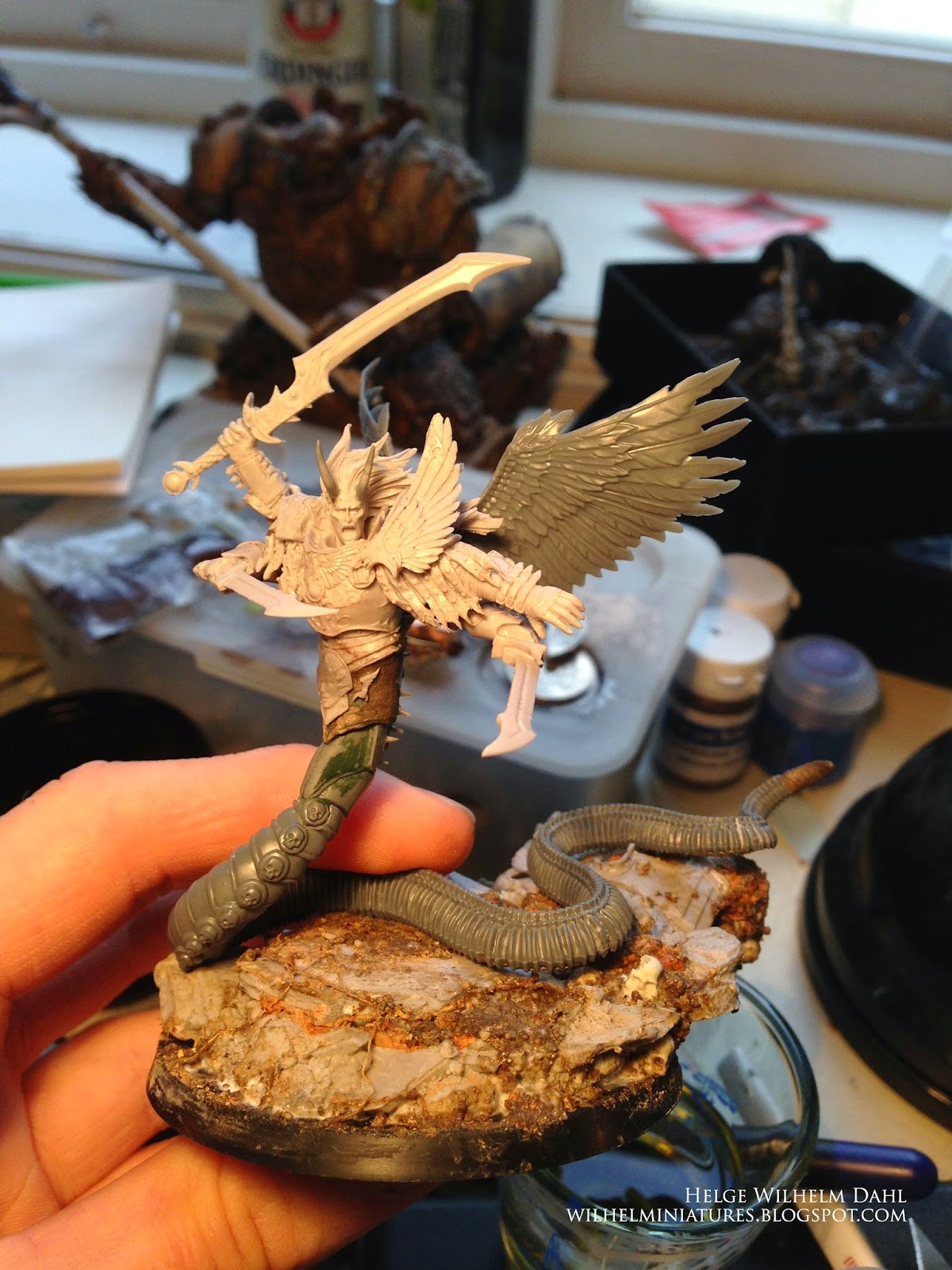 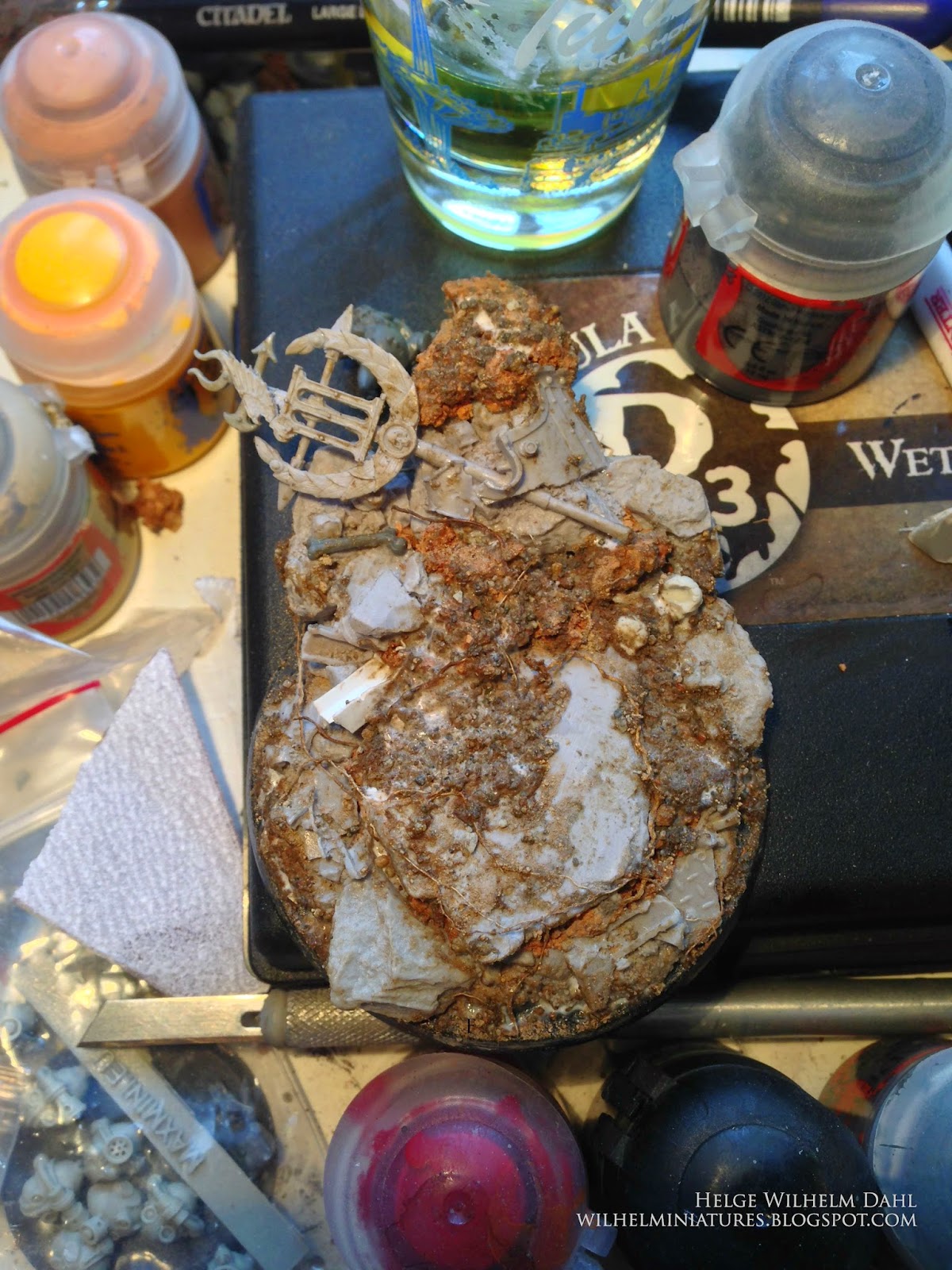