The Fang part 4. Blood for the Blood God!

Finished my first entry. A Chaos Space Marine standing victoriously atop a slaughtered Hive Tyrant. I'm really happy with the result. It's probably one of the best models I ever painted.

The CSM is a kit bash based on GW's Kahrn the betrayer. I also used an arm from the Chaos Marauder kit, the axe from a CSM in Dark Vengeance, a modified SM veteran crest and a FW backpack.

The Tyrant is also a kit bash. It consists of spare Hive Tyrant parts from my Swormlord, and a converted Carnifex torso. The Carnifex torso actually makes it a lot bigger than a regular sized Tyrant, which makes the kill an even bigger victory.

When the model was painted, I felt that the base was a bit to big and empty. So i added some curly twigs as alien trees.

In the start of the project there was supposed to be more dead models, both CSM and Tyranids. Then I got the Idea of a lone knight, slaying a beast high up in the mountains. Exempt the beast is a Hive Tyrant, and the knight is a crazed berzerker, roaring to the skies to get Khornes approval before taking the Tyrants head. 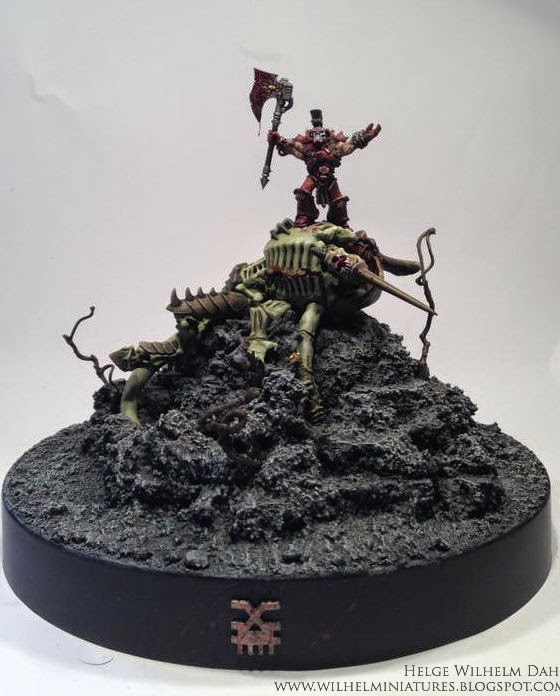 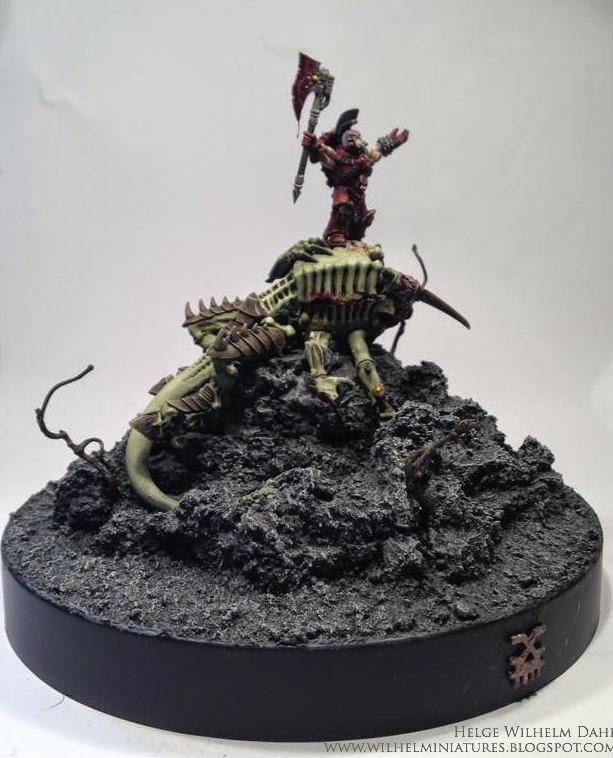 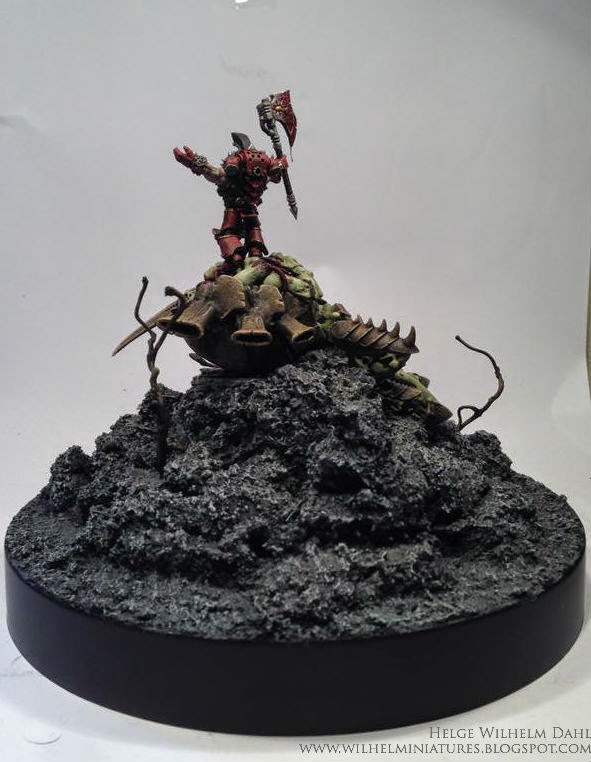 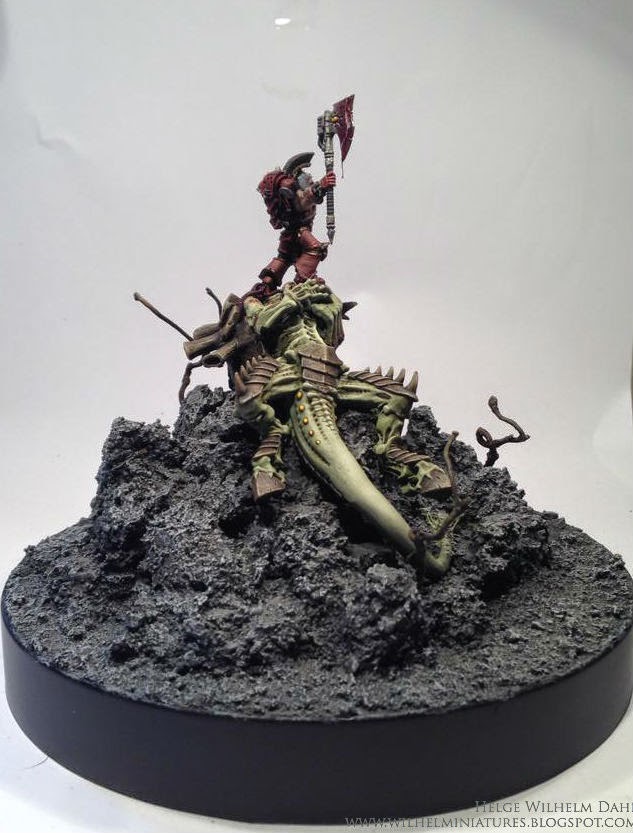 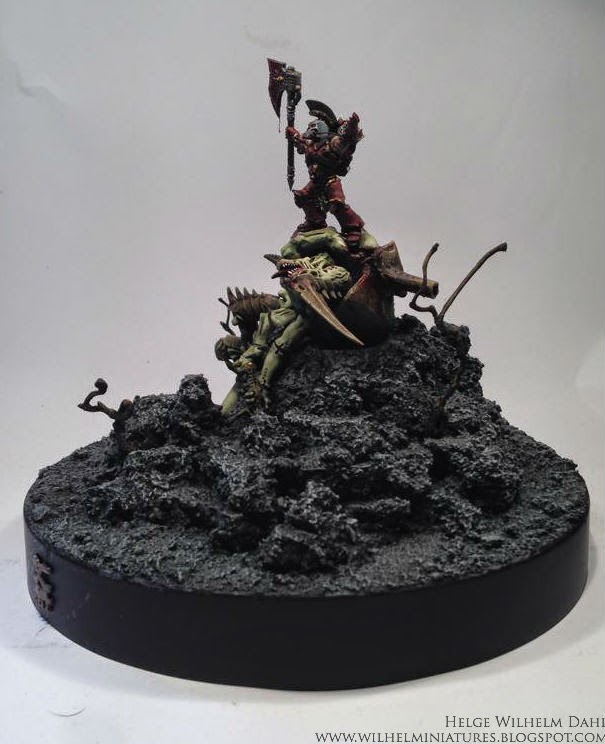 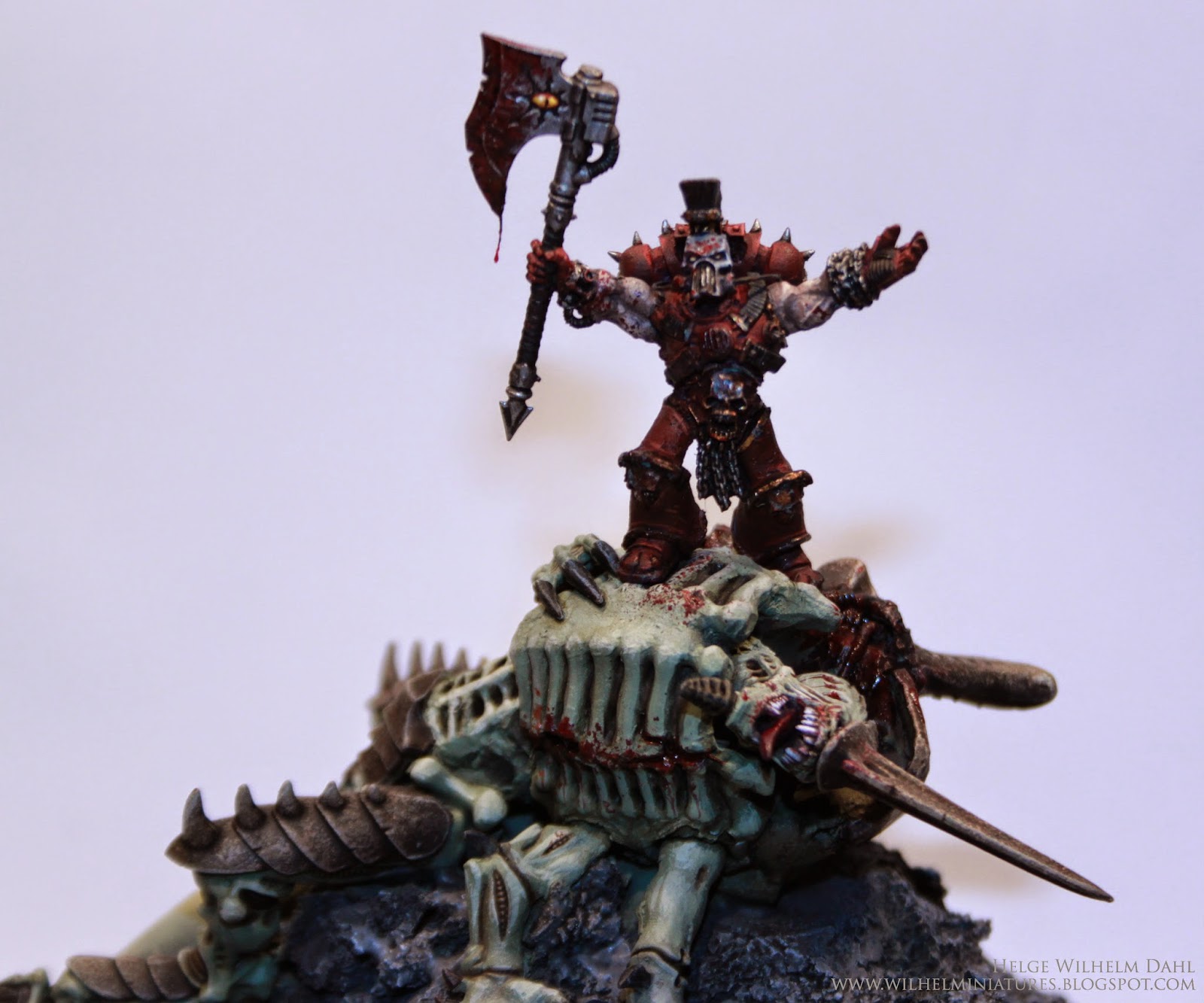 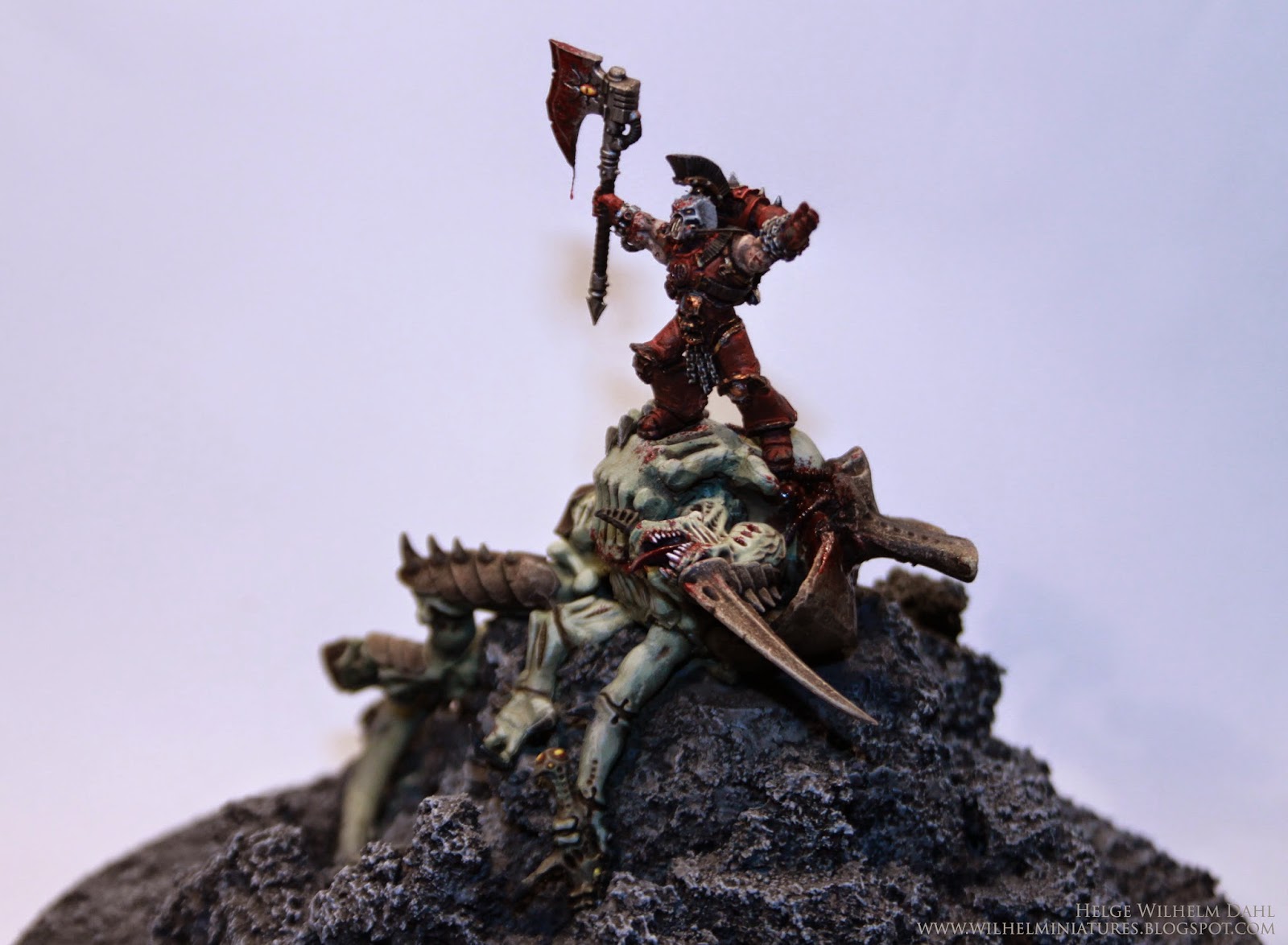 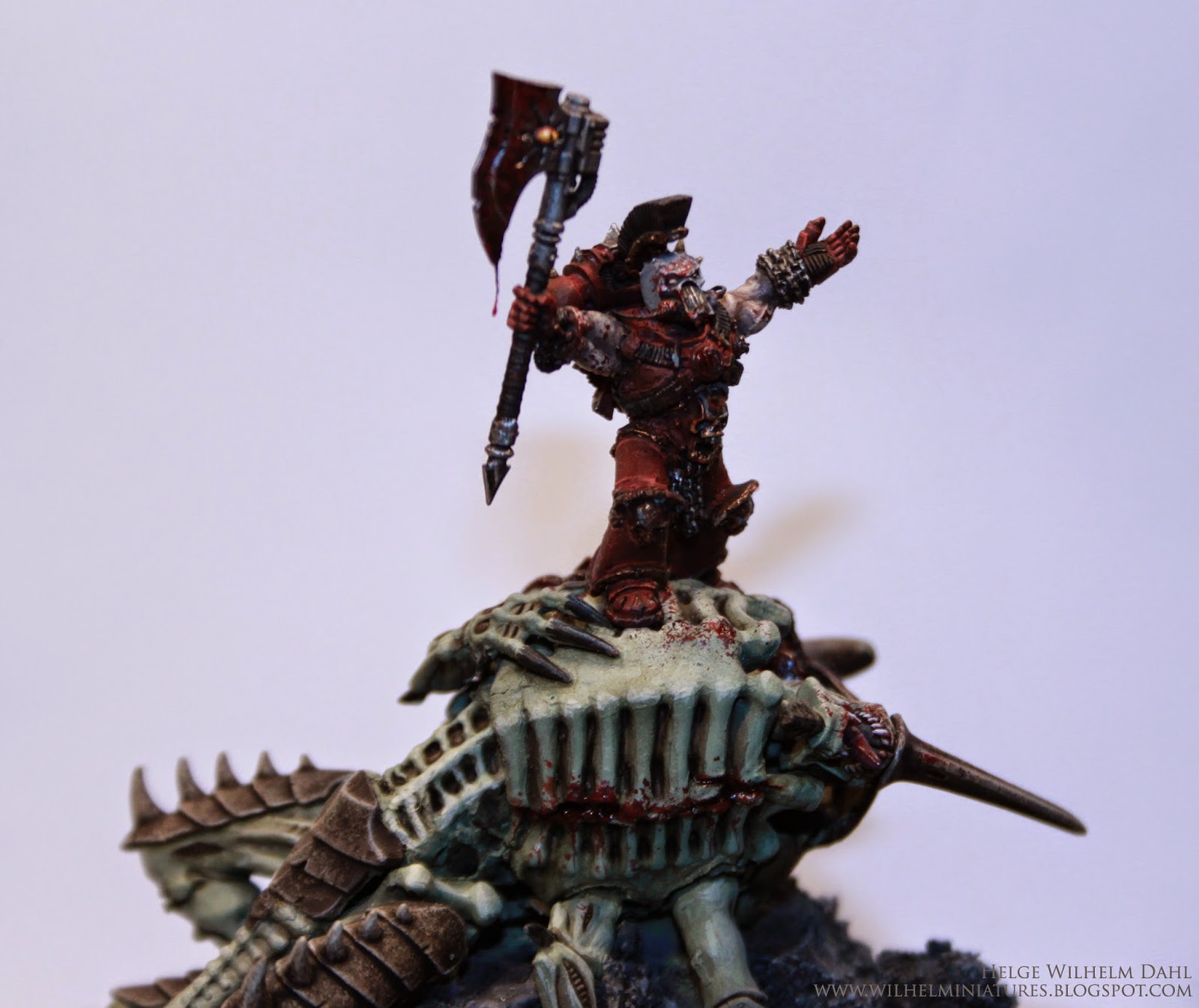 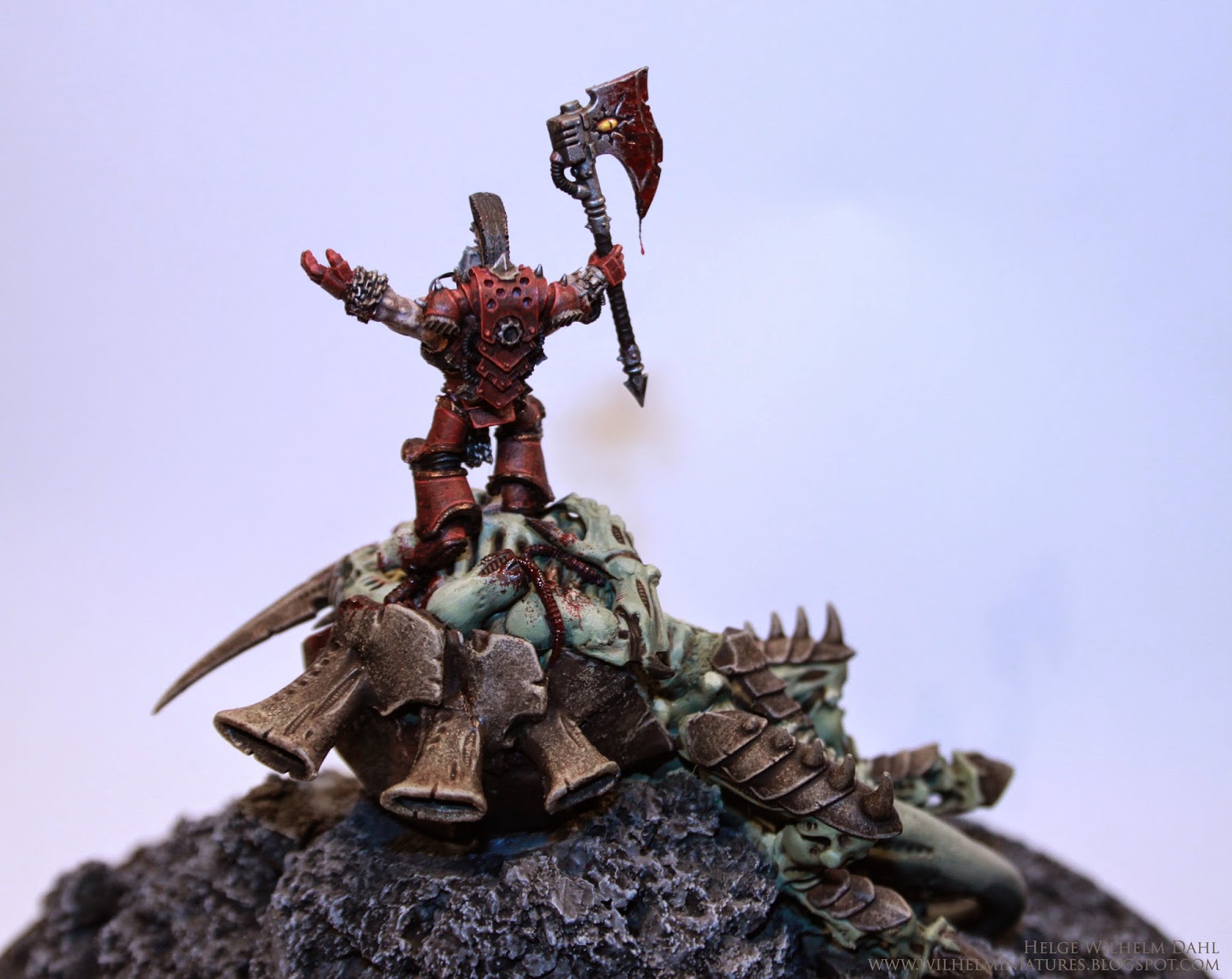 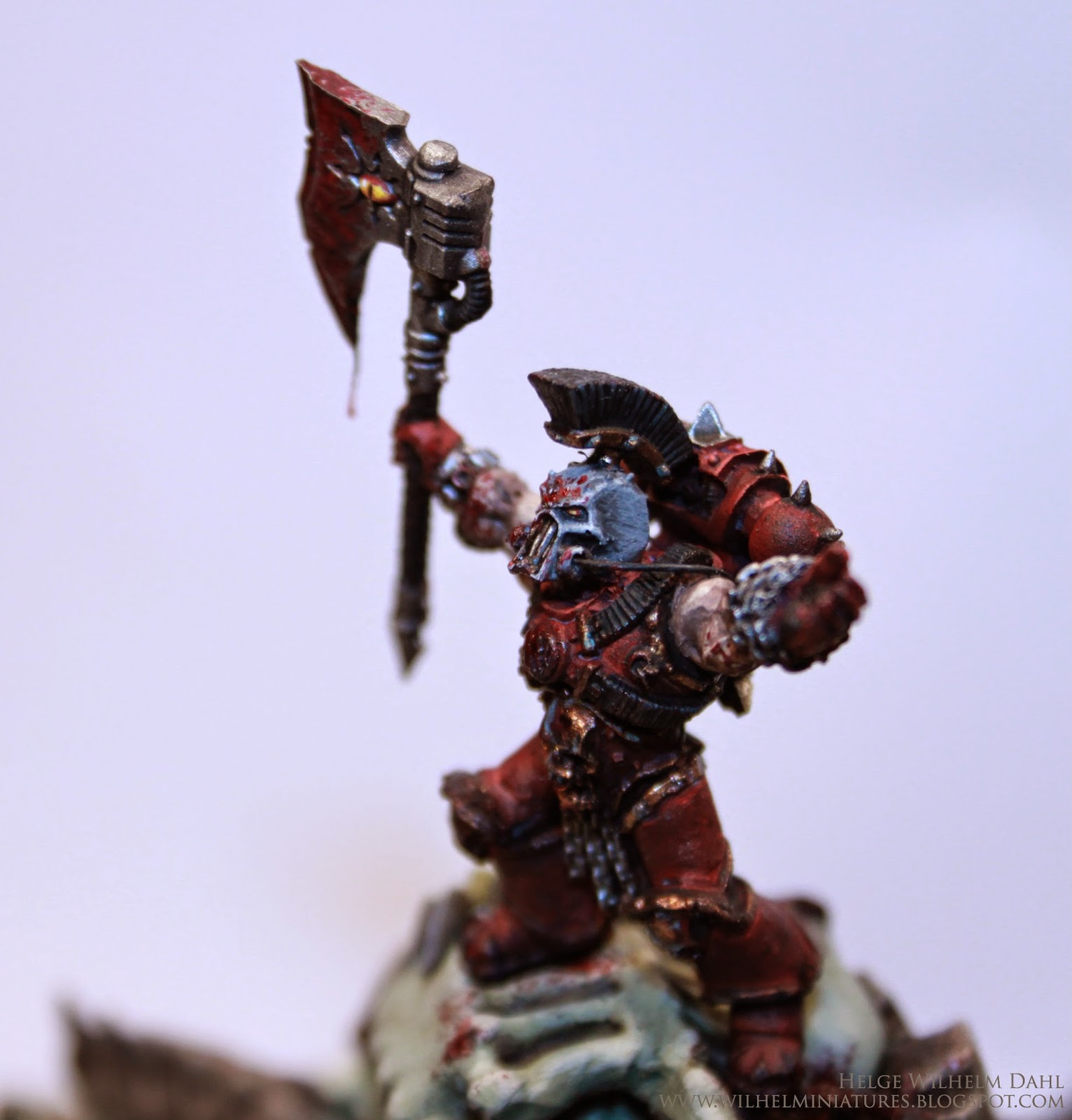 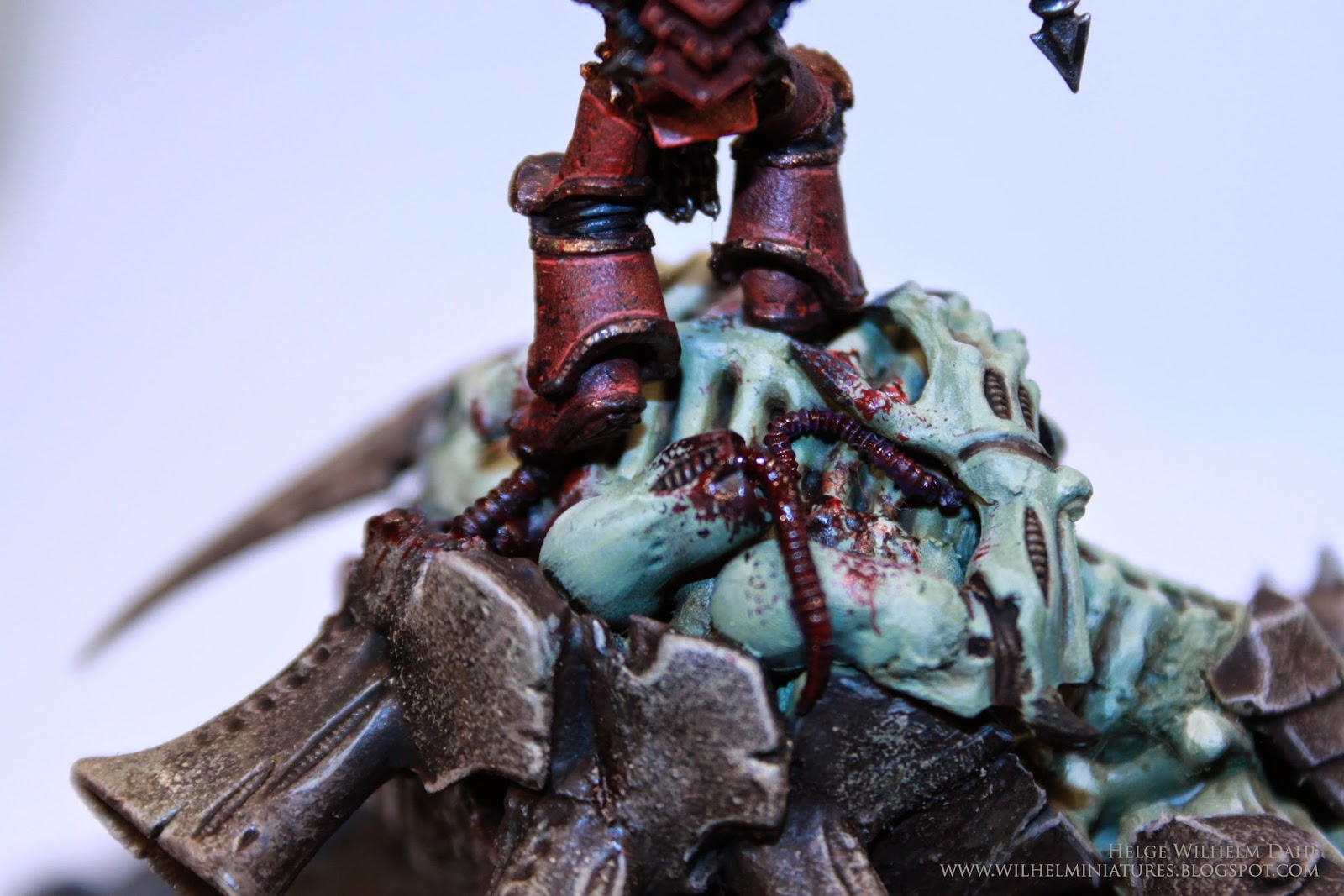 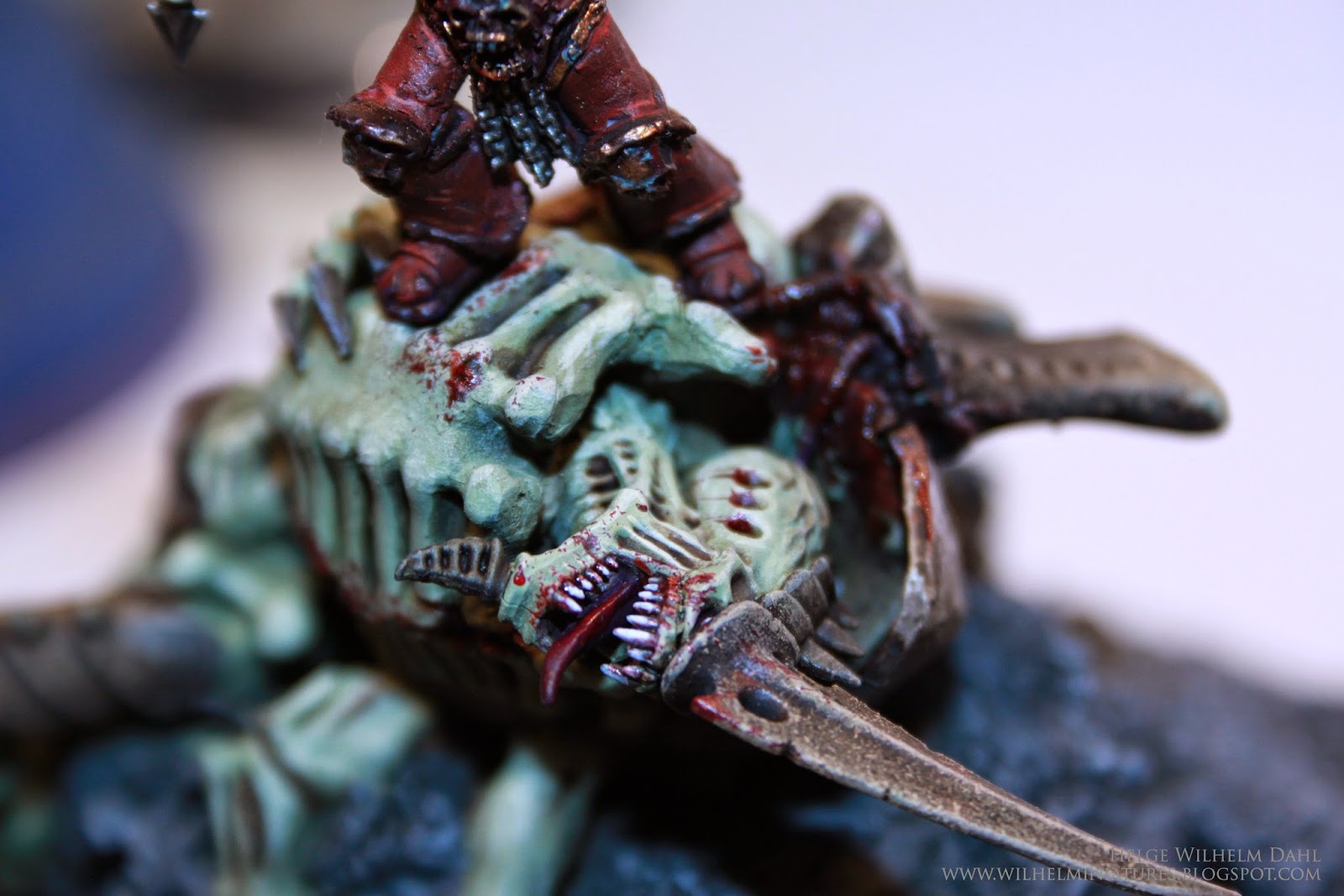