This year I entered Armies on Parade AoS with my Tzeentch warband. The miniatures are mostly the ones I painted from the Silver Tower boz last year. The only new miniature I painted was a Lord of Change. I really like making terrain, and I'm extremely happy with this display-board.

It's nearly impossible to photograph a display board, but I did my best. This one will probably work best as a backdrop for future miniatures when I take it back home. 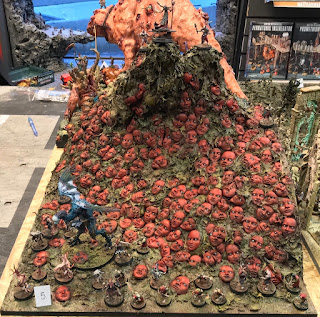 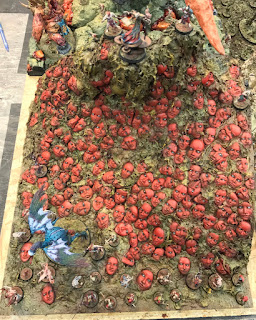 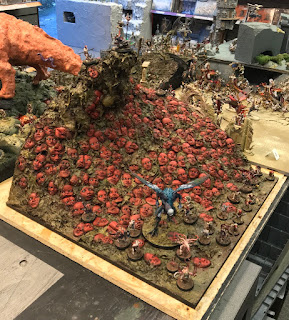 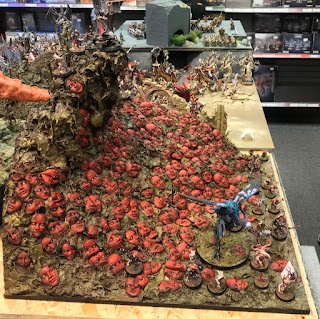 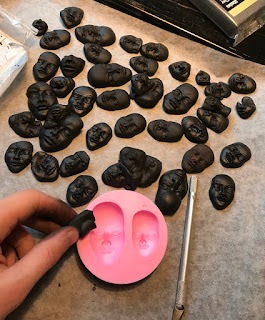 I used a silicone mould with two different sized faces to make the daemonic faces. 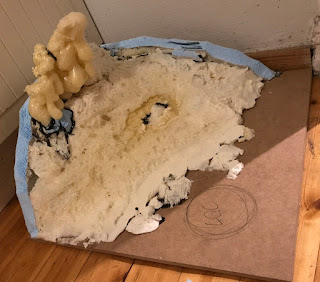 The base is a 50 x 50 cm MDF board. I used polystyrene and expanding foam to make the mountain. 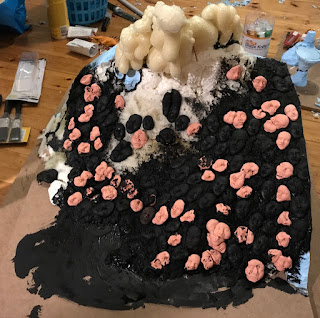 The texture was a mix of wood glue, short pieces of yarn and black paint. I pushed the faces into the wet texture mix. 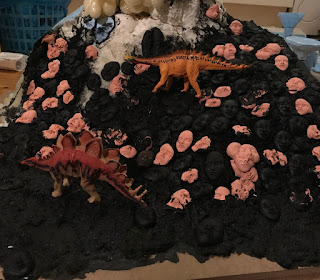 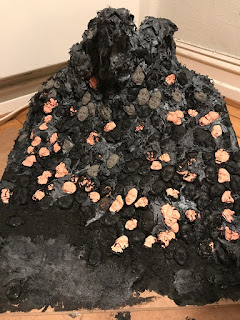 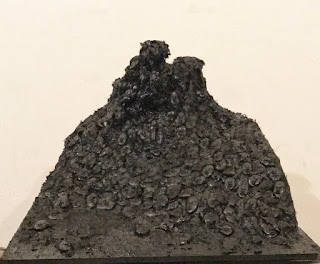 I primed the board Chaos Black. 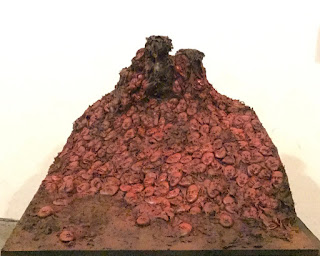 I sprayed brown followed by Mephiston Red over the faces, trying to leave the darker colours in the shadows. 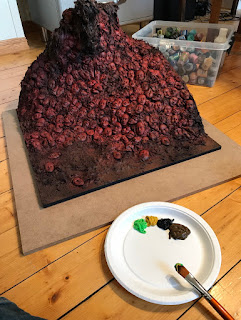 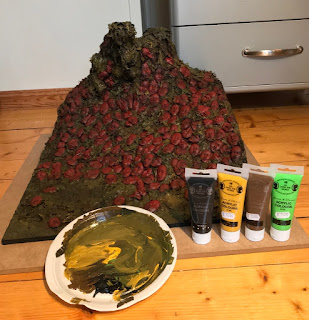 I used cheap thick acrylic paints on the ground and between the faces. I tried the best I could to match GWs Death World Forrest which I've used on the miniatures bases. 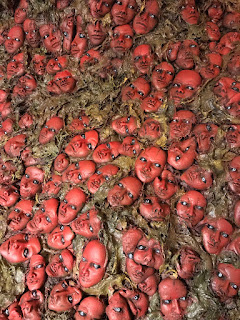 I shaded the faces with sepia shade, and highlighted them with a light drybrush of Mephiston Red. The eyes where painted black, with white rings in the sentre.