I finished my Genestealer Magus and made him a Servo-Skull yesterday.
I really like how the Magus looks straight out of the box, so I didn't do any major changes on the model. The only thing I did was giving him another head, and removing some minor details I didn't like.
I originally planned to use a Genestealer skull when I made the Servo-Skull, but I found another skull that I thought was more fitting. It has some sort of parchment in its mouth, which I thought was more appropriate to go with the Magus than a dead Genestealer. 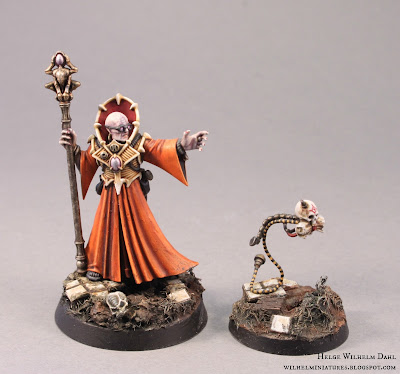 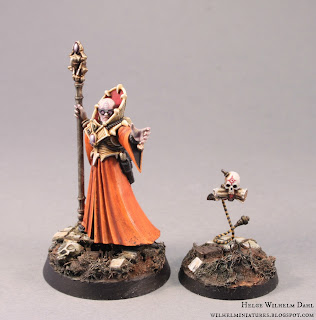 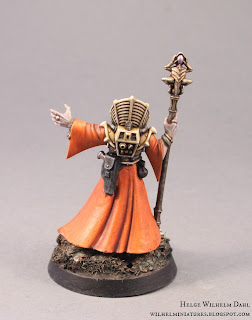 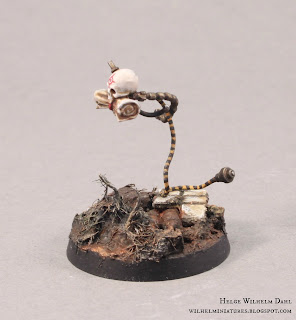 I've also started to paint the Genestealer Beast. Instead of painting the whole model in a skin colour, like I did on the Genestealer Hybrid, I decided to give this model armoured areas to have more contrast. I was inspired by how GW paint their new Genesealers when I decided where to put the blue-purple armour. What do you think about it so far? 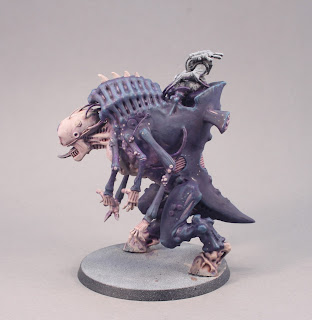