A couple of weeks ago, I ordered Spikey Bits' Forge World Mystery Box. The mystery box contains random GW and FW products on over 20% sale, which is great for these products since they almost never go on sale. I really like the idea of getting a box filled with random models, since it probably contains models I wouldn't normally buy. But they could still be great for converting, or starting new projects. The box arrived today, so i would like to show you the unboxing. 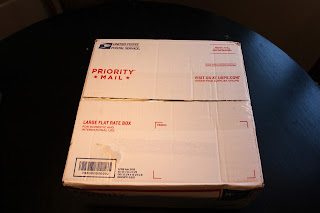 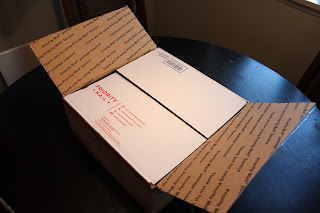 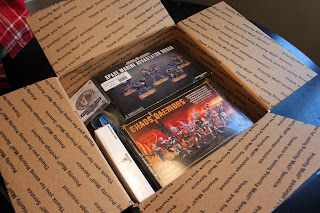 Daemonettes: Not my favourite box of models. But there are only a few female GW boxes, so it's nice to have a couple of them. I'll probably use a lot of these bits when I'm working on my Slaanesh warband. 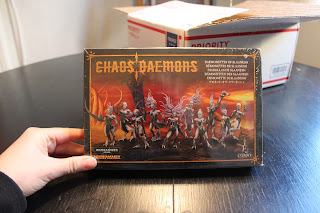 Deathleaper: I have a quite large Tyranid army, so the Death Leaper will fit in great with the rest of the collection. 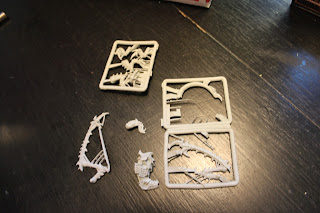 Eldar Vehicle Upgrades: I don't have any Eldar vehicles, but there are probably other uses for them. 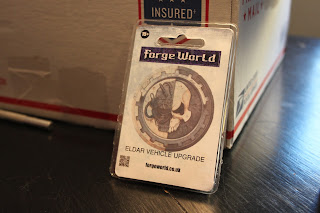 Nurgle Claw/Power-fist thing: This was hidden in one of the other FW kits. I already used the one I have on another project, so I actually have a Nurgle Herald missing it's arm. So this bit was a nice little surprise. 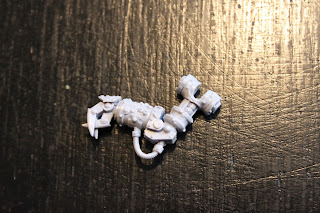 Space Marine Devestator Squad: I have a lot of Space Marine/CSM projects going on, so I'll probably find a good use for this box as well. 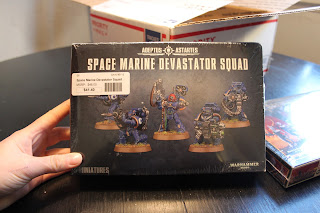 Imperial Navy Vulture Gunship: This is a cool looking model. Even though I don't know what to do with it, it was a nice surprise to get in the box. It could work as a part of my renegade militia army, or I could be a great centrepiece in a diorama. 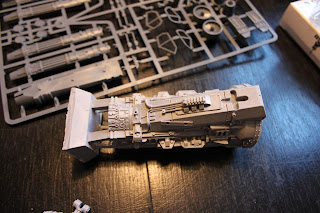 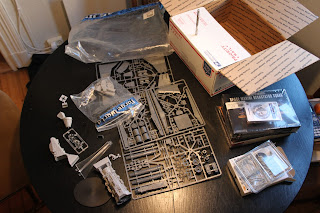 I'm all in all happy with what I got in the Mystery Box. Especially the gunship was quite interesting, since  I don't have any imperial flyers in my collection, and it looks fun to paint them like FW does in their masterclass painting and modelling books.
Posted by Wilhelm at 11:34