Another member of Nestorian's retinue is painted!

This one is not as interesting as the last one. But I still think it looks quite cool.
It's based on a regular Genestealer Cult Hybrid body, with Cadian boots. The arms are from the Dark Eldar Wracks kit, with guns from FW Chaos Renegade Militia auto-pistols. The head is a green-stuff copy of a FW Emperor's Children Kakophoni one. The metal pice covering the stump of his right arm is from a Mechanicum model. Enjoy! 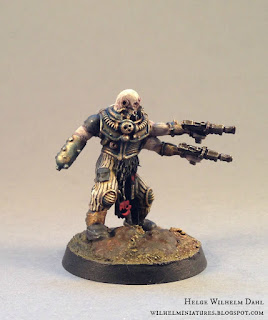 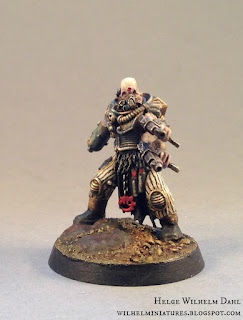 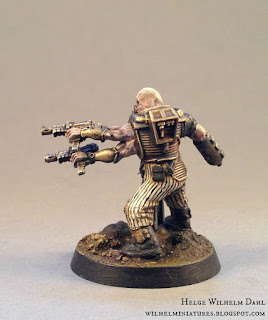 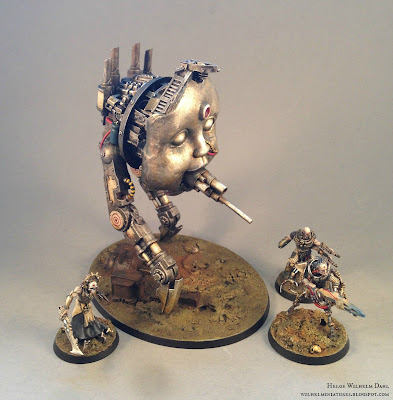 This is one of my favourite models for the Nestorian Infestation project.
I based the model on a Mechanicum torso, with two Empire Flagellants legs glued together to make the lower body. The head the Servo Skull from the Scion box. To make the model fit the Genestealer Cult theme, I also gave it the alien looking sword from the Genestealer Primus. The arms are from Dark Eldar Wracks. 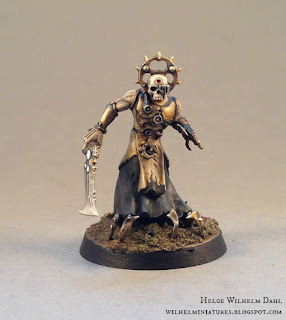 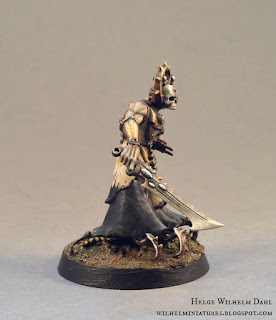 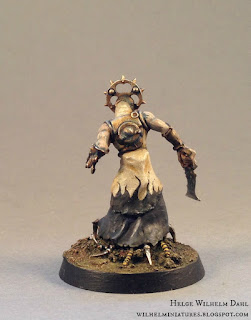 The servitors head is a green stuff cast of a baby dolls face, and the legs are from a Chaos Defiler. I really enjoyed painting this model, since I could experiment a lot with glazes and washes on the metals to give the different plates a slight variation in colour.

I have not yet decided what this model is supposed to represent. But I'm picturing this thing wandering aimlessly through the ash-wastes, so I don't really think it needs another purpose than looking creepy. The pipes sticking out of the machines mouth is the host of a Genestealer spore-hive. The Cult uses this creation, and many like it, to spread spores and Tyranid bio-gasses into the planets atmosphere in preparation for the Tyranid invasion to come. 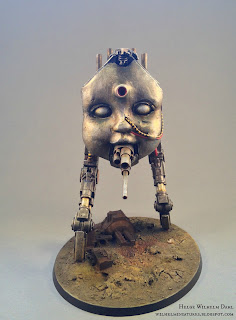 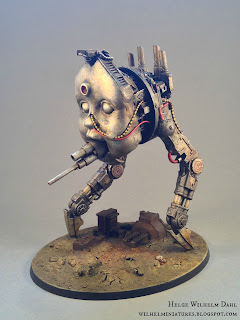 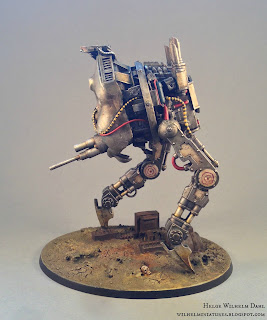 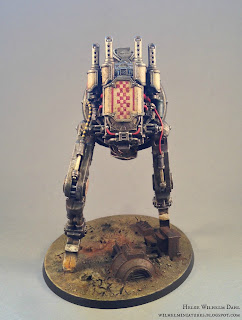 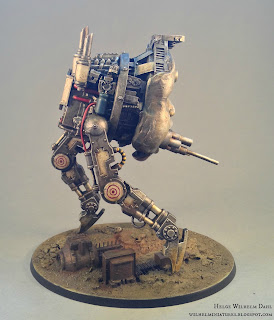 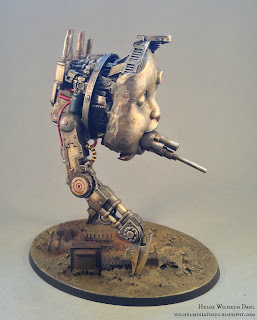 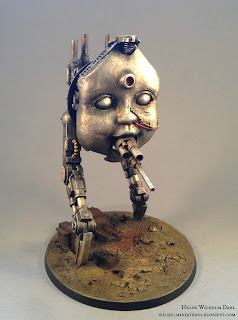 I've been back from the holiday for a couple of days. During this time I've managed to complete Nestorian and started to paint the members of his retinue.

The first game of the Nestorian Infestation project, that I'm working on with Bigbossredskullz, is quickly approaching. We are planning to have the first game, that will be the beginning of the story, in the end of August. I still have to paint a few more models for the project and finish the gaming board. I'm also planning to make a blog post containing all the characters that will take part in the story, both mine and the ones done by Bigbossredskullz, explaining their background and role in the story. I think the weeks before the game will be quite exciting.

First up is Nestorian, the main character of my Genestealer Cult:

Nestorian has served the holy Inquisition for decades, hunting down the tainted xenos and those who ally themselves with aliens.
But this was before he turned his back on the Imperium and joined the Genestealer Patriarch and his Cult. Nestorian believes that the Four Armed Emperer (the Genestealer Patriarch) is the true incarnation of the God Emperor. By joining the Four Armed Emperors Hive Mind, Nestorian believes that he will become a divine being, sharing his mind, body and soul with the true God Emperor. 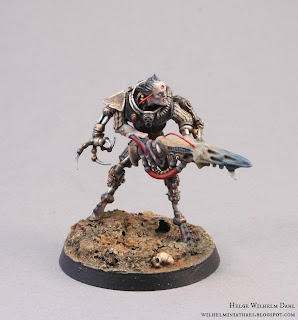 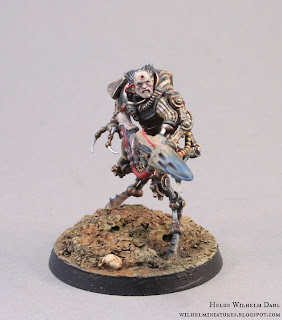 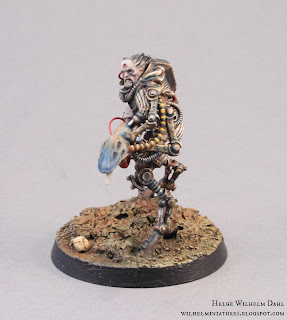 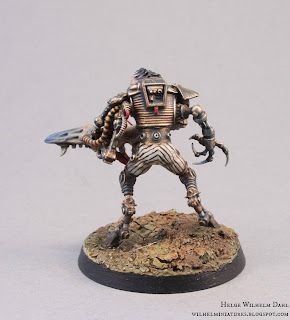 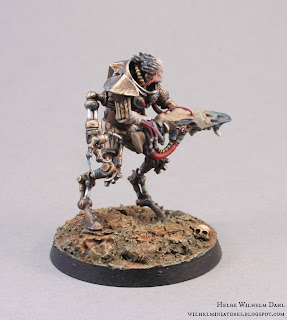