A few months ago, me and a few friends started a new project. You might remember a similar thing we did a couple of years ago, called Vortapt IV. If not, you can find the blog posts HERE. Vortapt IV was a game of four players, each controlling a warband dedicated to one of the four gods of Chaos. To make it interesting and chaotic, we made a randomiser (in MatLab), to pair a player with a god. Back then I got Nurgle, and made a warband of pestigors, known as the Black Pox.

As the previous game turned out great, and making the warbands were a lot of fun, we decided to do it again. But this time the game will be at a quite different scale, as we decided to try it out for the new Specialist Game by GW; Titanicus.

Again we used the randomiser to determine who would make a Legion dedicated to which god. This time I also got Nurgle (obviously, because I'm the Nurgle daddy).

The miniatures for Titanicus is fantastic! They're really detailed, and they actually have more different poses that knights in 40k scale.
I've decided to take my Nurgle theme in an underwater direction. Submarine and ship-wreck parts have already been used on my conversions. I picture huge rusty robots coming out of the water, dragging ships, fishnets and seaweeds in their wake.
I always thought the FW blightdrone is a really cool miniature, even though it looks a bit like a flying shrimp. However in this case, flying shrimp actually fits the theme I'm going for. I sculpted five blightdrones (or similar daemon engines) for the group.

The first three Knights and one of the blightdrones are done. The rest will follow soon! 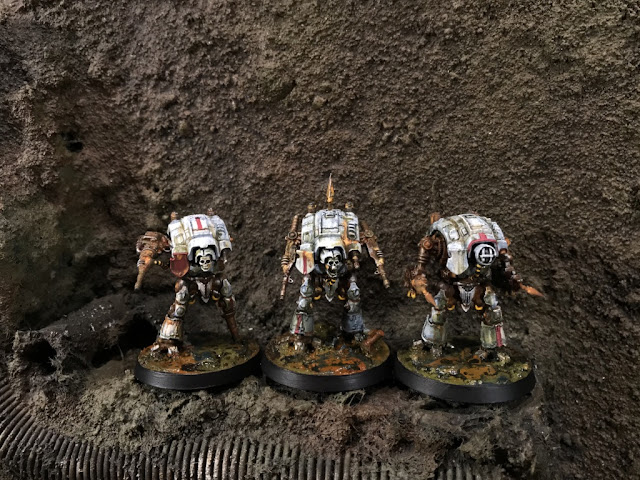 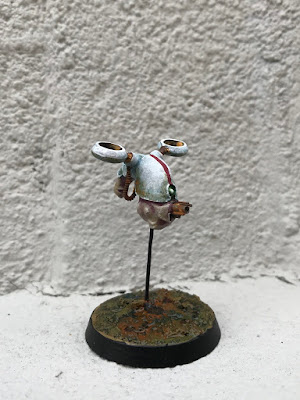 The rest of the Drones and the Warlord Titan are almost ready for paint: 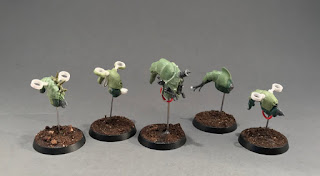 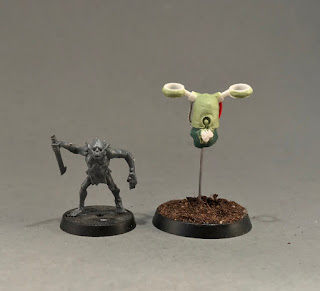 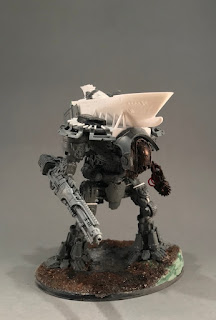 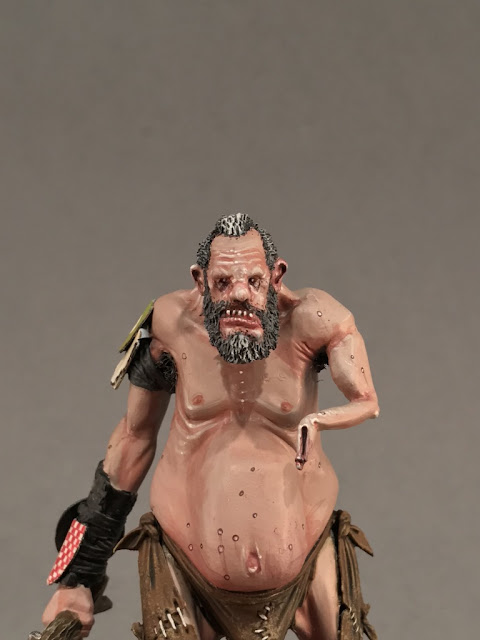 The last time I shared a post about the giants for Legen, I hadn't photographed this guy yet. This was an incredibly quick project, as i converted and painted it in one day. I made the miniature while a few of the others completed their warbands for the project.

This miniature is based on an old GW giant that Ana gave to me while I was visiting. The mutated left arm and the lower part of the giants face were sculpted.
The painting progress was quite quick and flat, but I think it works as it's a huge miniature with lots of flat skin areas. I do however think I would work a bit more on the on the shadow areas if I were to do it again. The other two Giants have a lot more variation in their skin-tones, and more depth.

The next project I'm working on is the new Specialist Game: Titanicus!

Remember that I update my miniature instagram more regularly, so you should keep an eye on it. You can find a link on the bottom of this page! 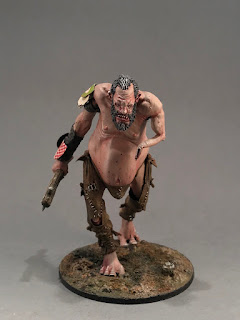 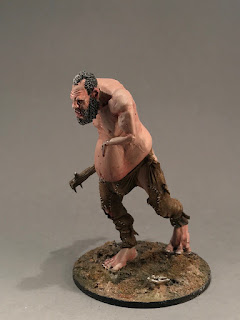 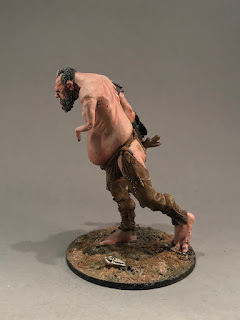 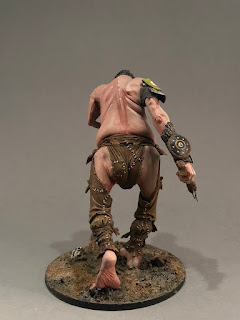 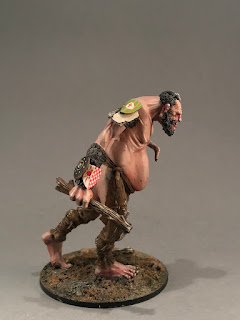 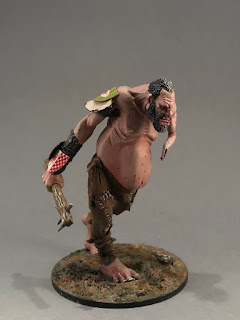