Yesterday I ordered a couple of bitz from eBay. Including dark eldar wings and a serpents tale from a tomb kings box. The plan is to kit-bash a daemon Fulgrim for golden daemon in october. This is what I've come up with so far: 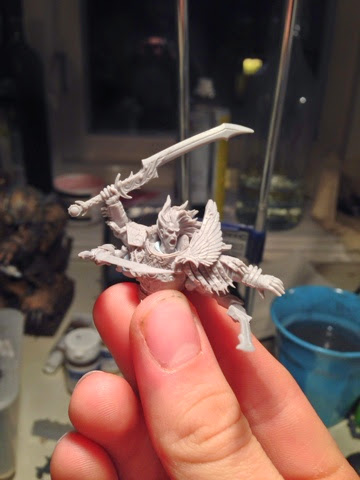 Thank you for looking!
Posted by Wilhelm at 12:16 3 comments: 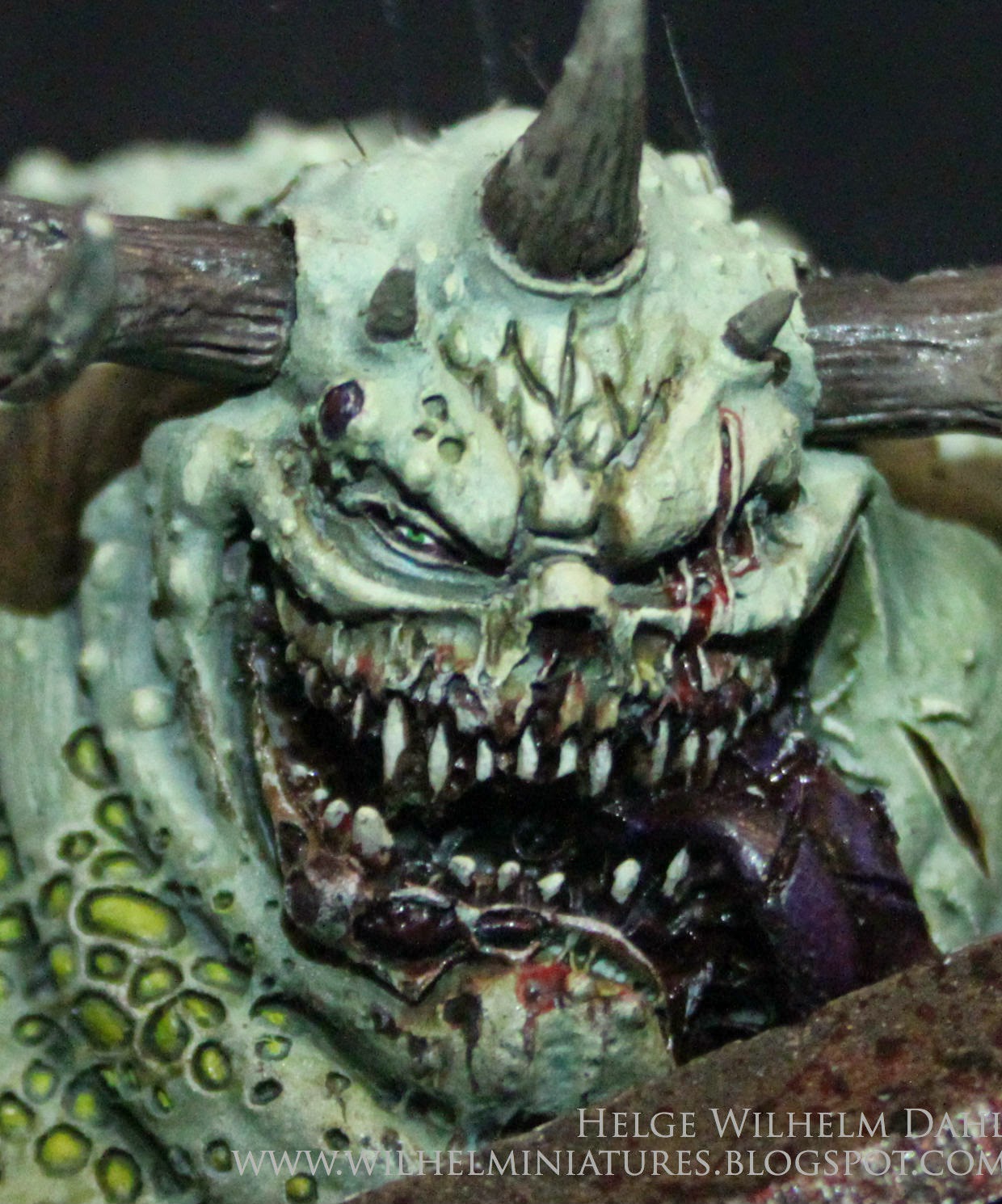 It has taken some time, but now I've finally managed to take some good pictures of my Forge World Great Unclean One that I entered in The Fang. 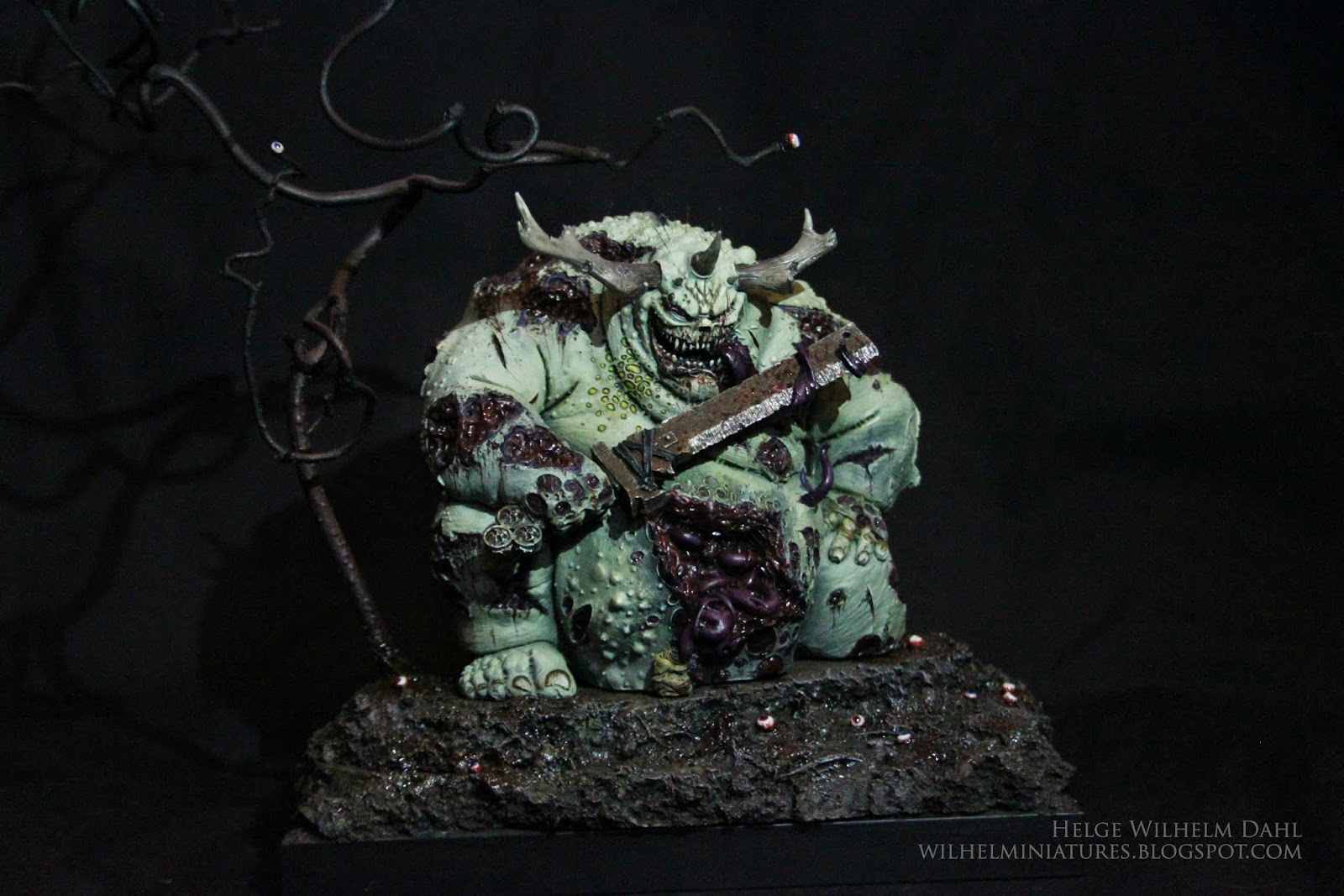 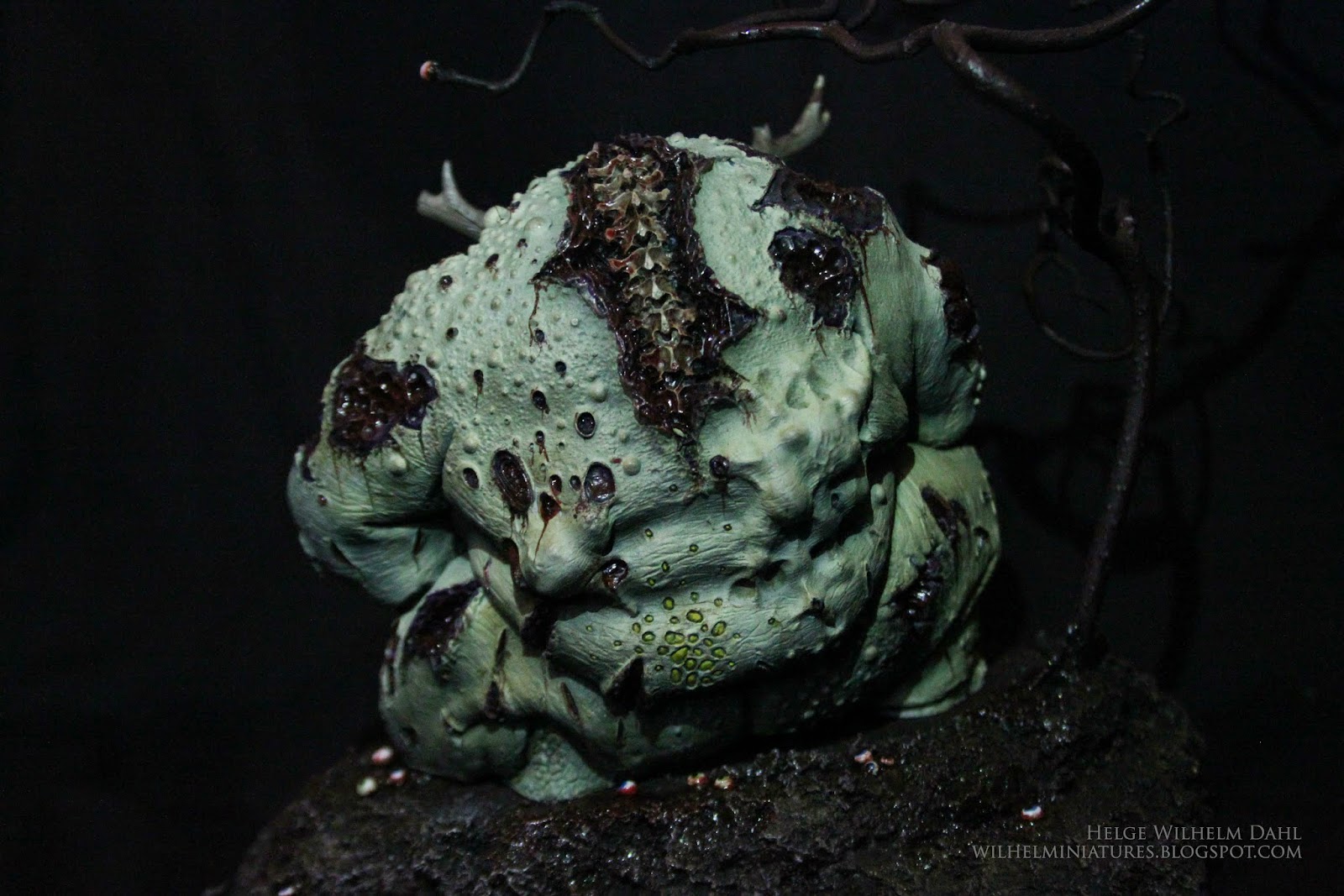 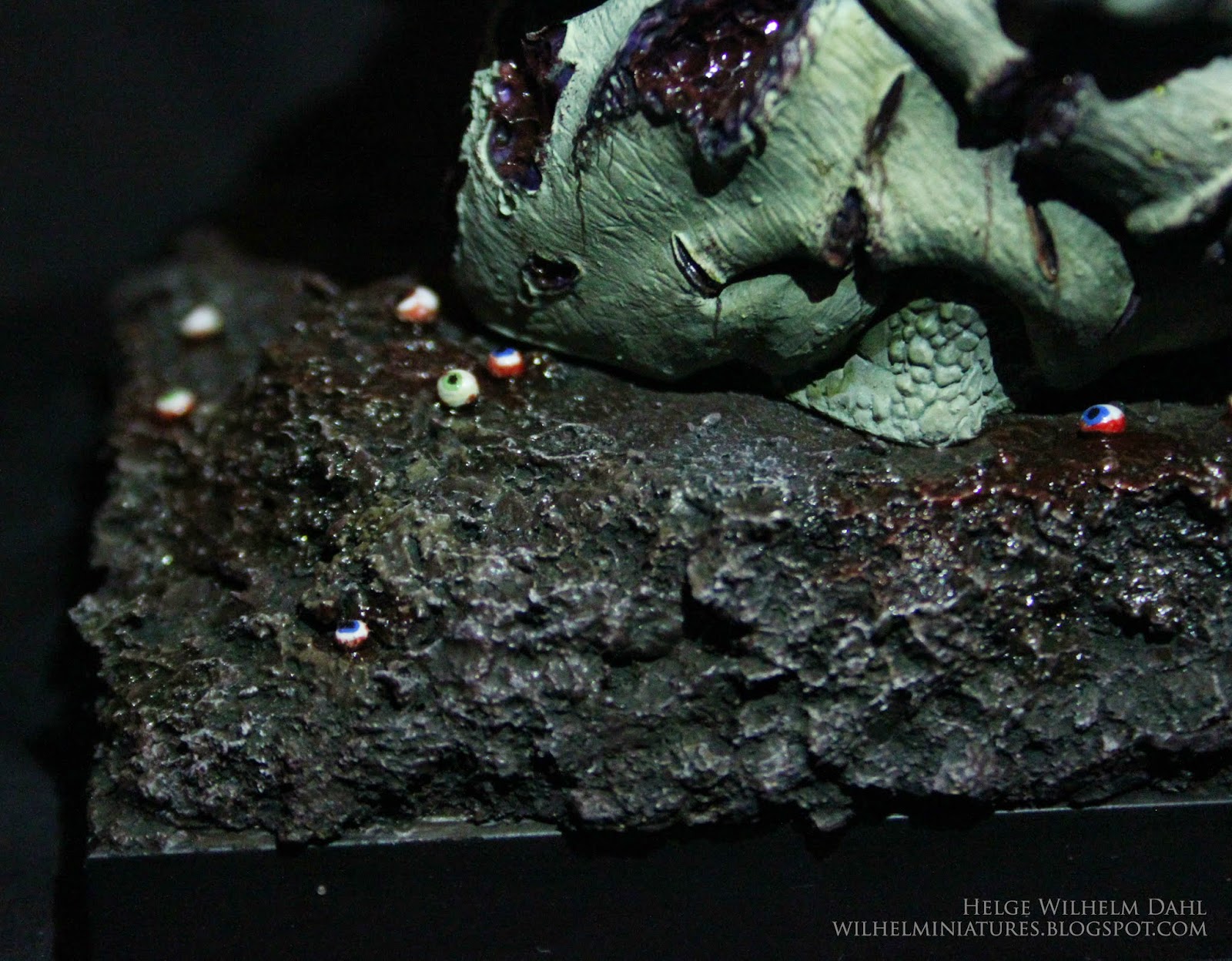 Lastly, an artsy picture of one of the eyes on the Nurgle tree. 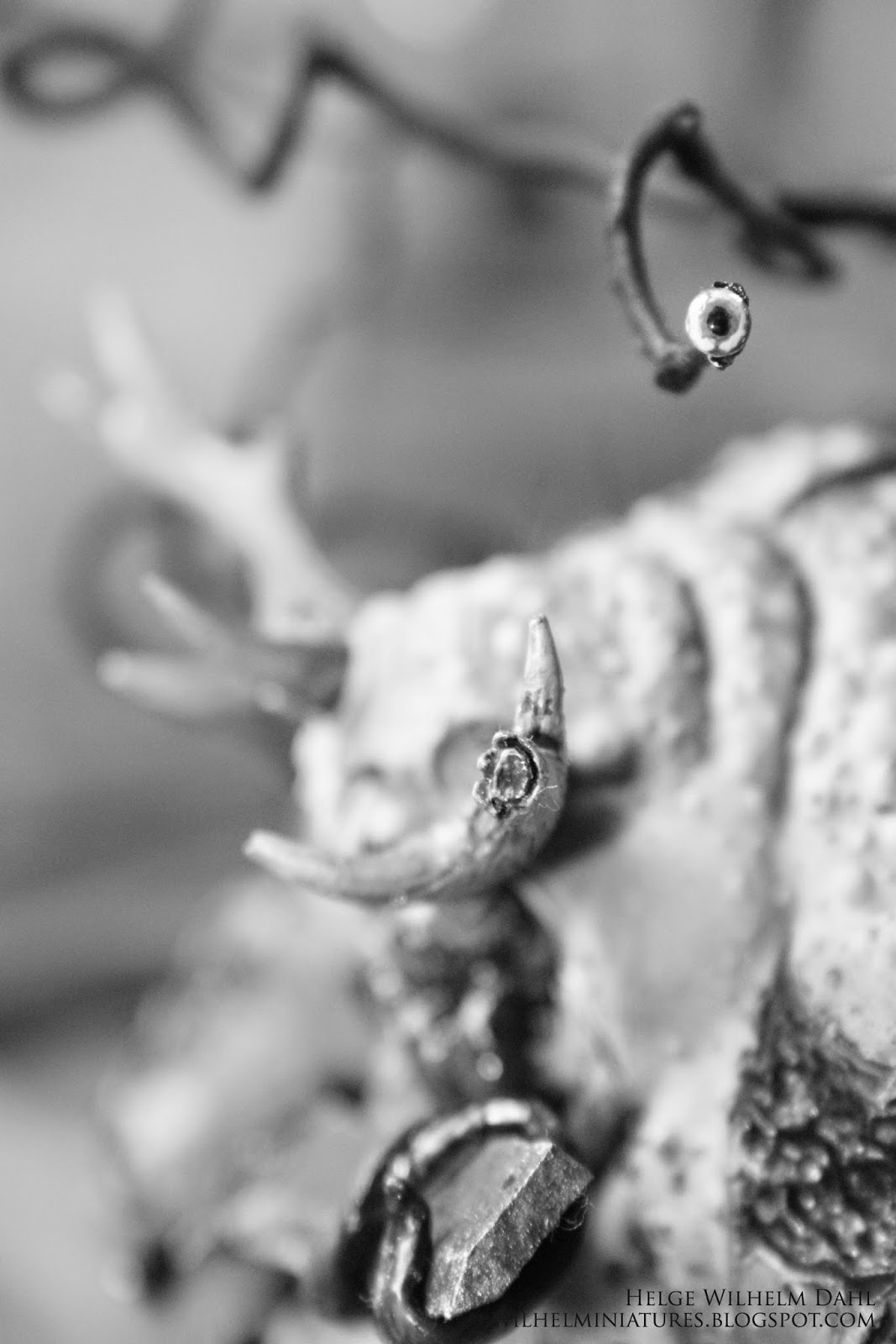 Thanks for looking! Any thoughts on the model, feel free to comment. 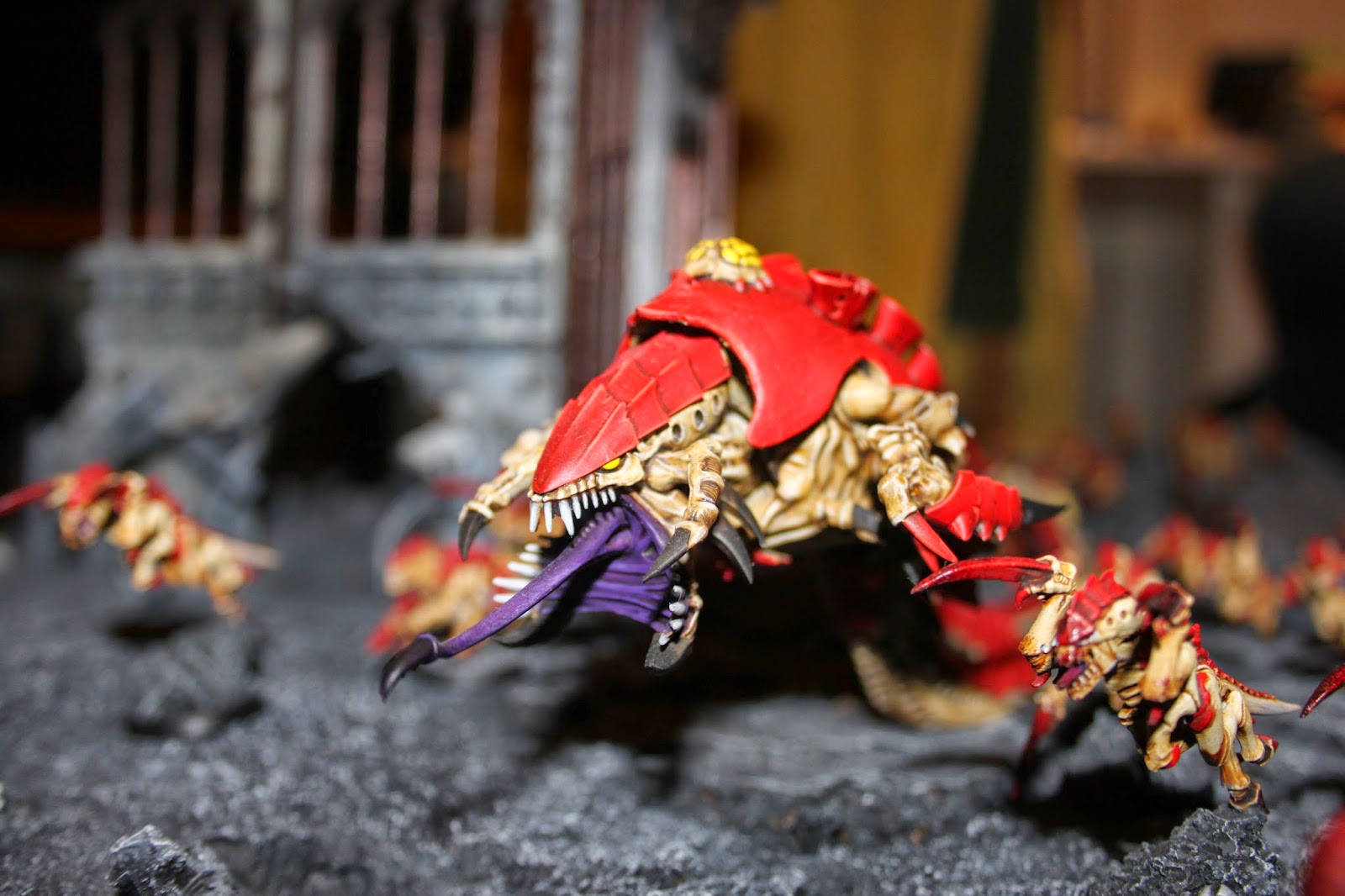 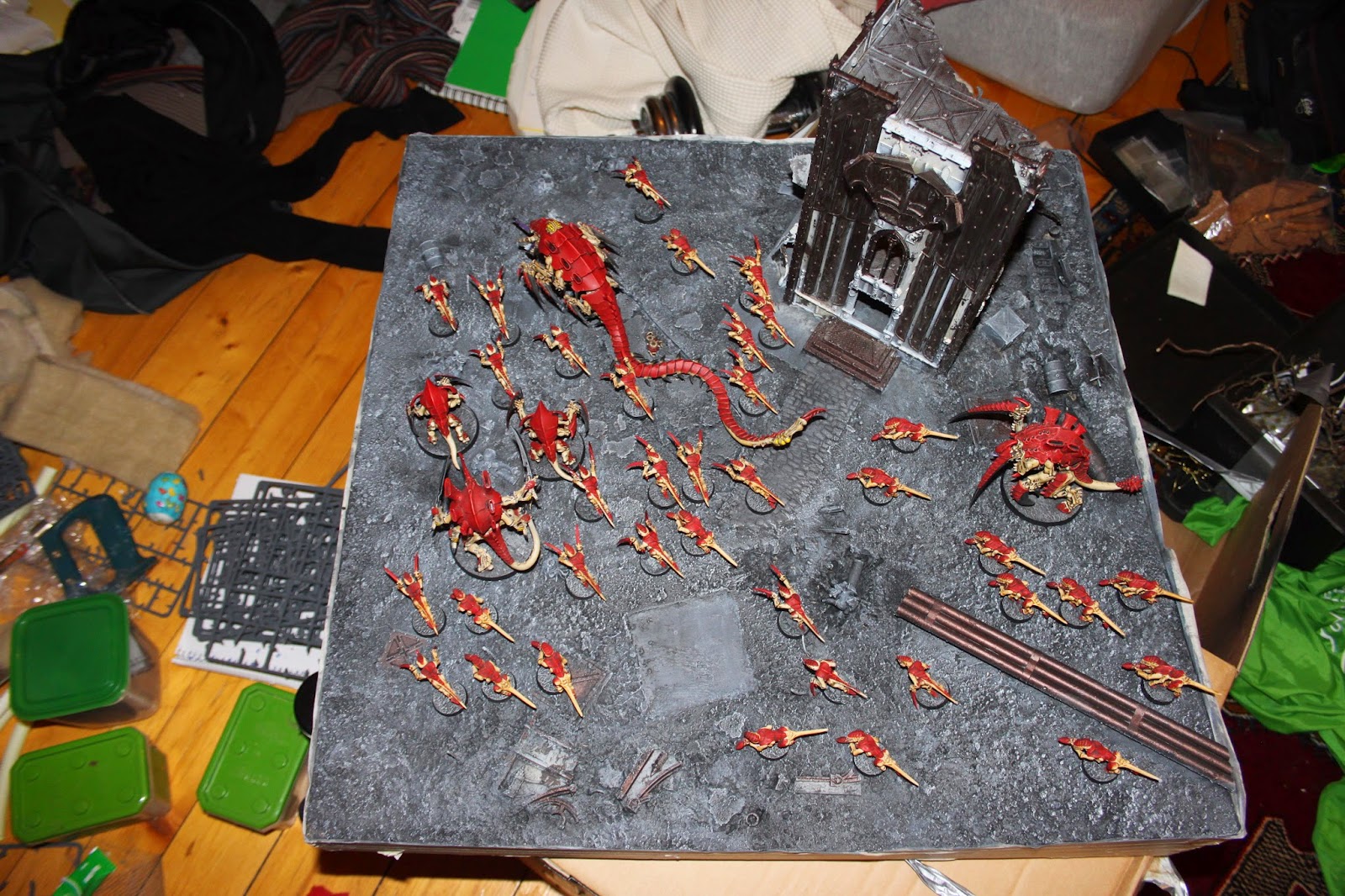 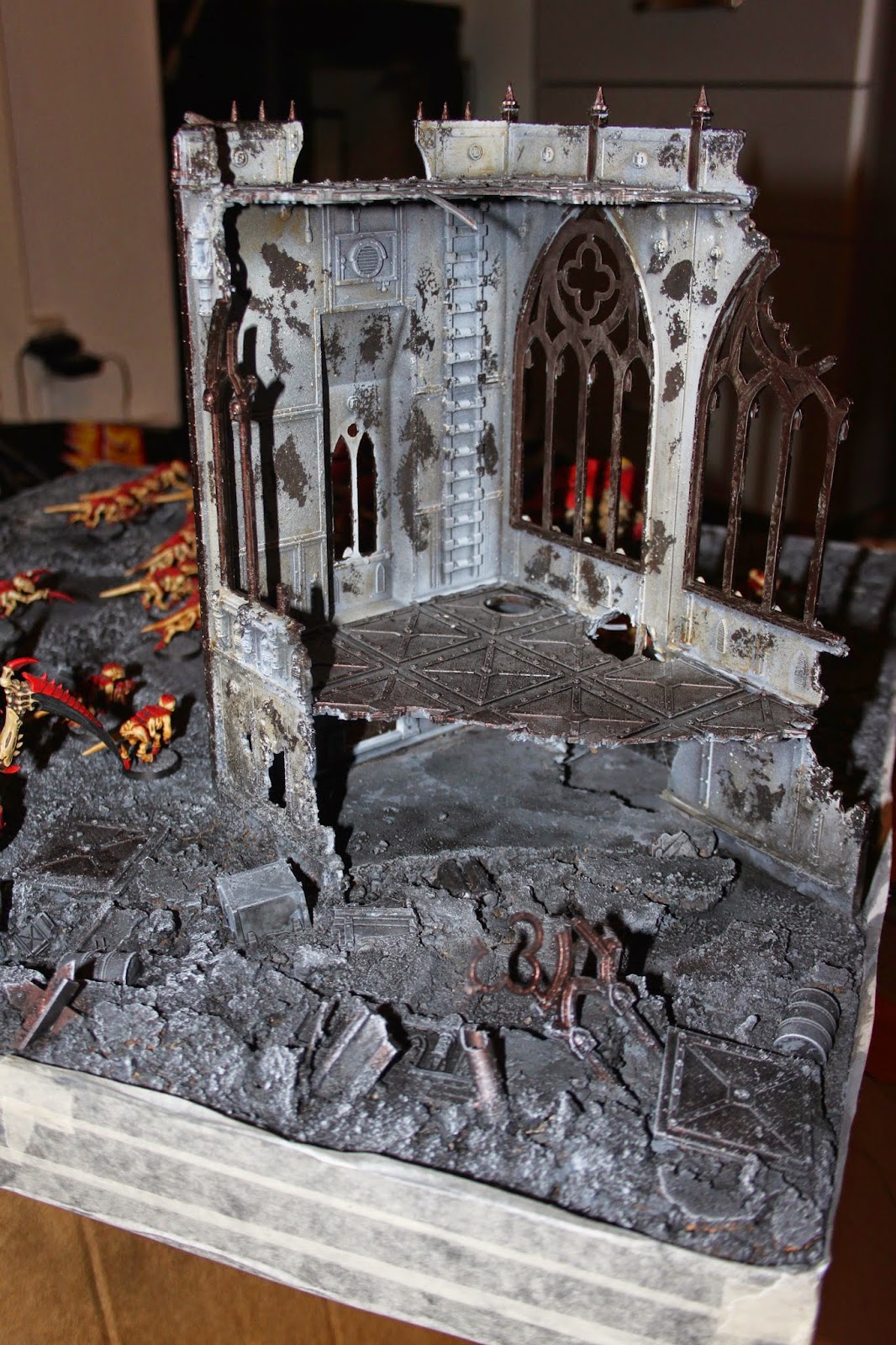 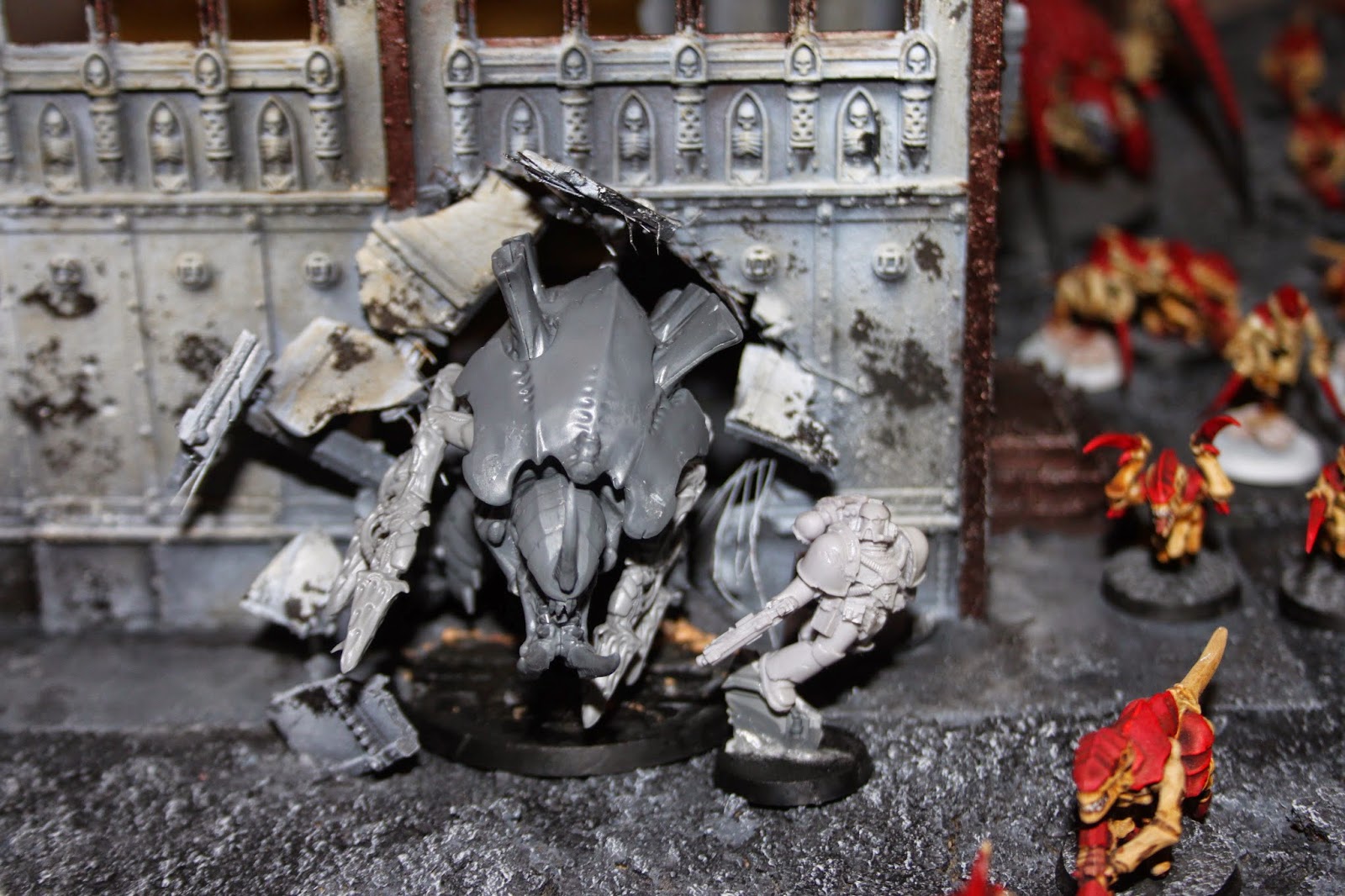 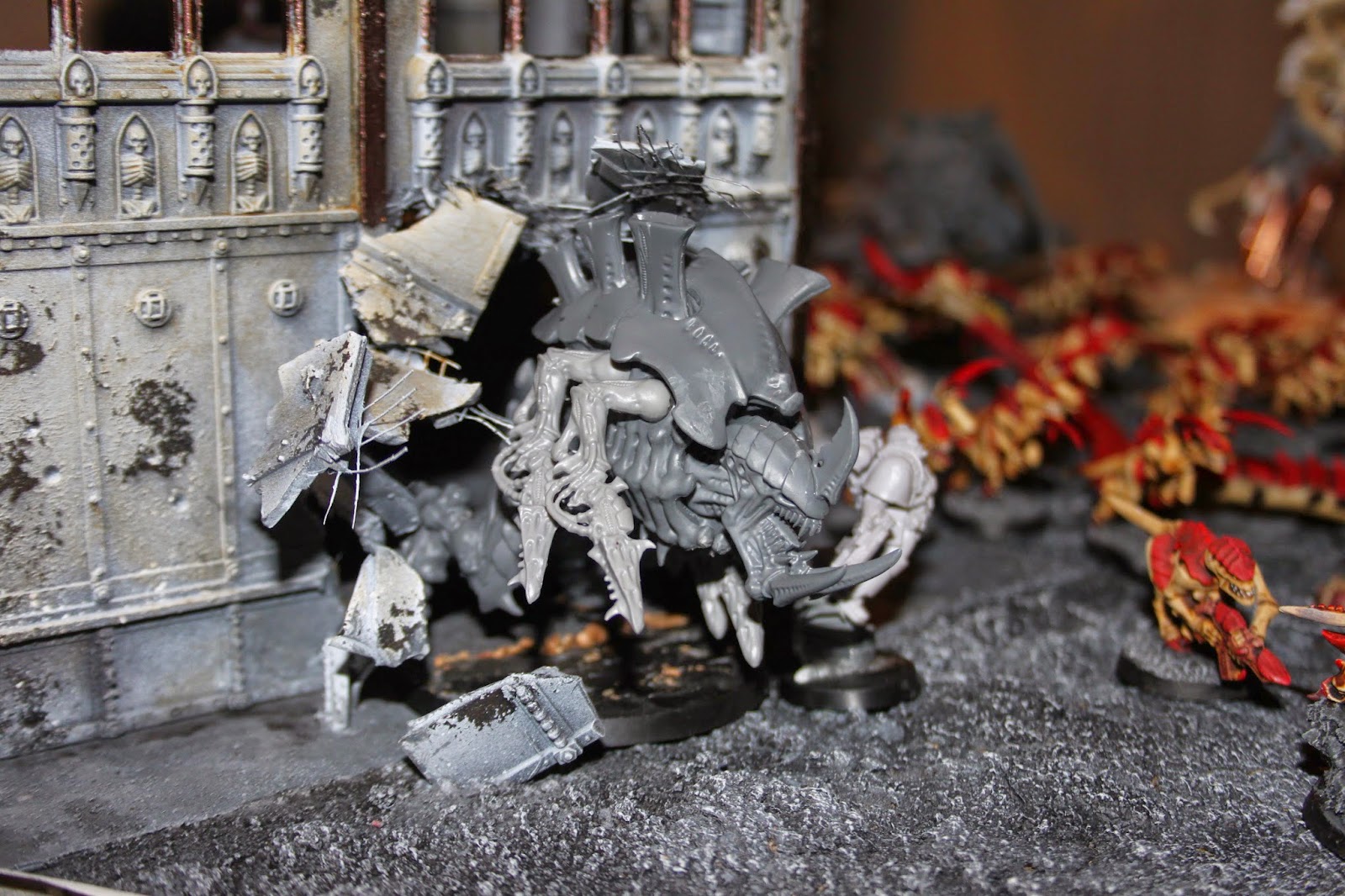 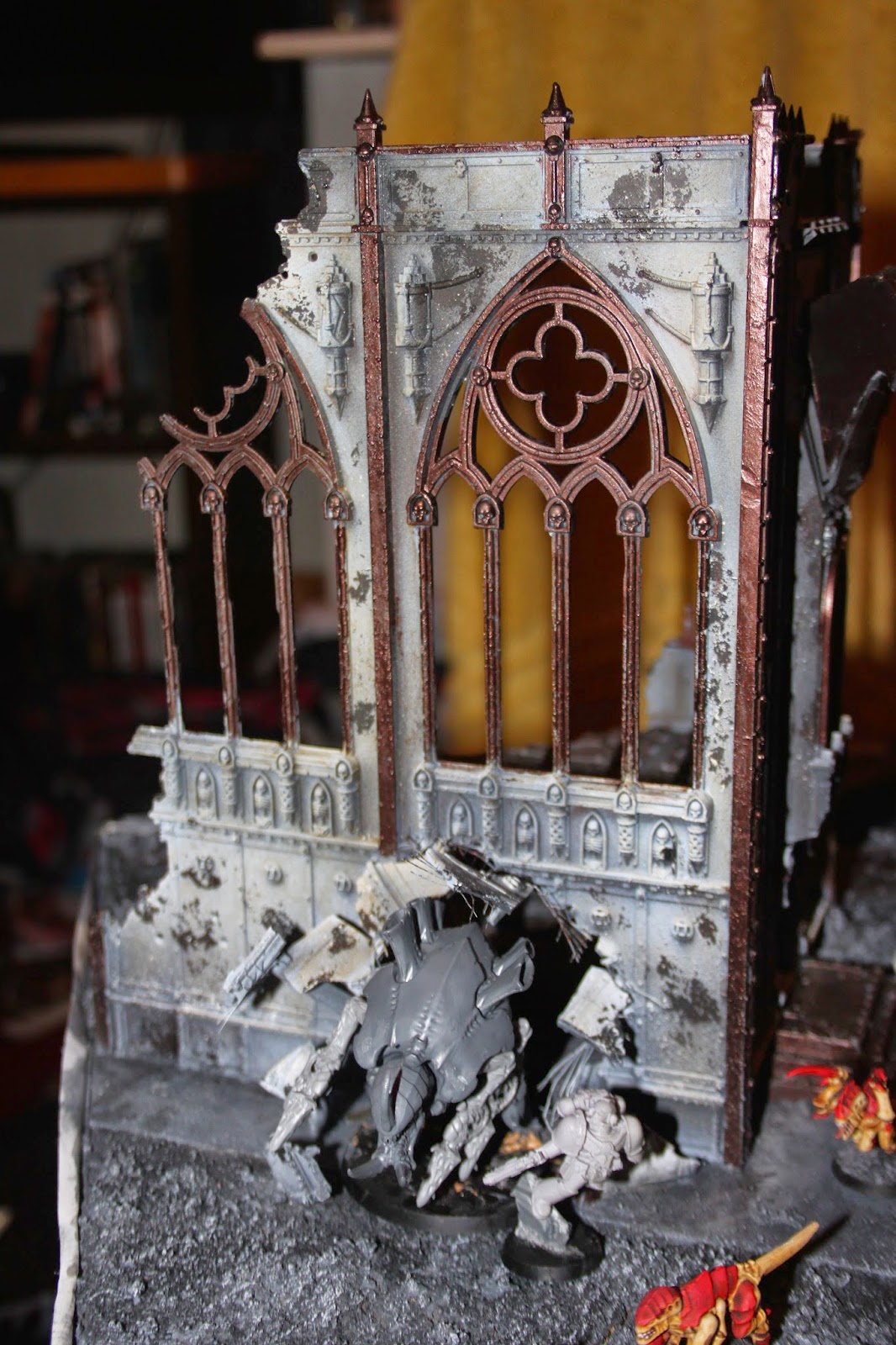 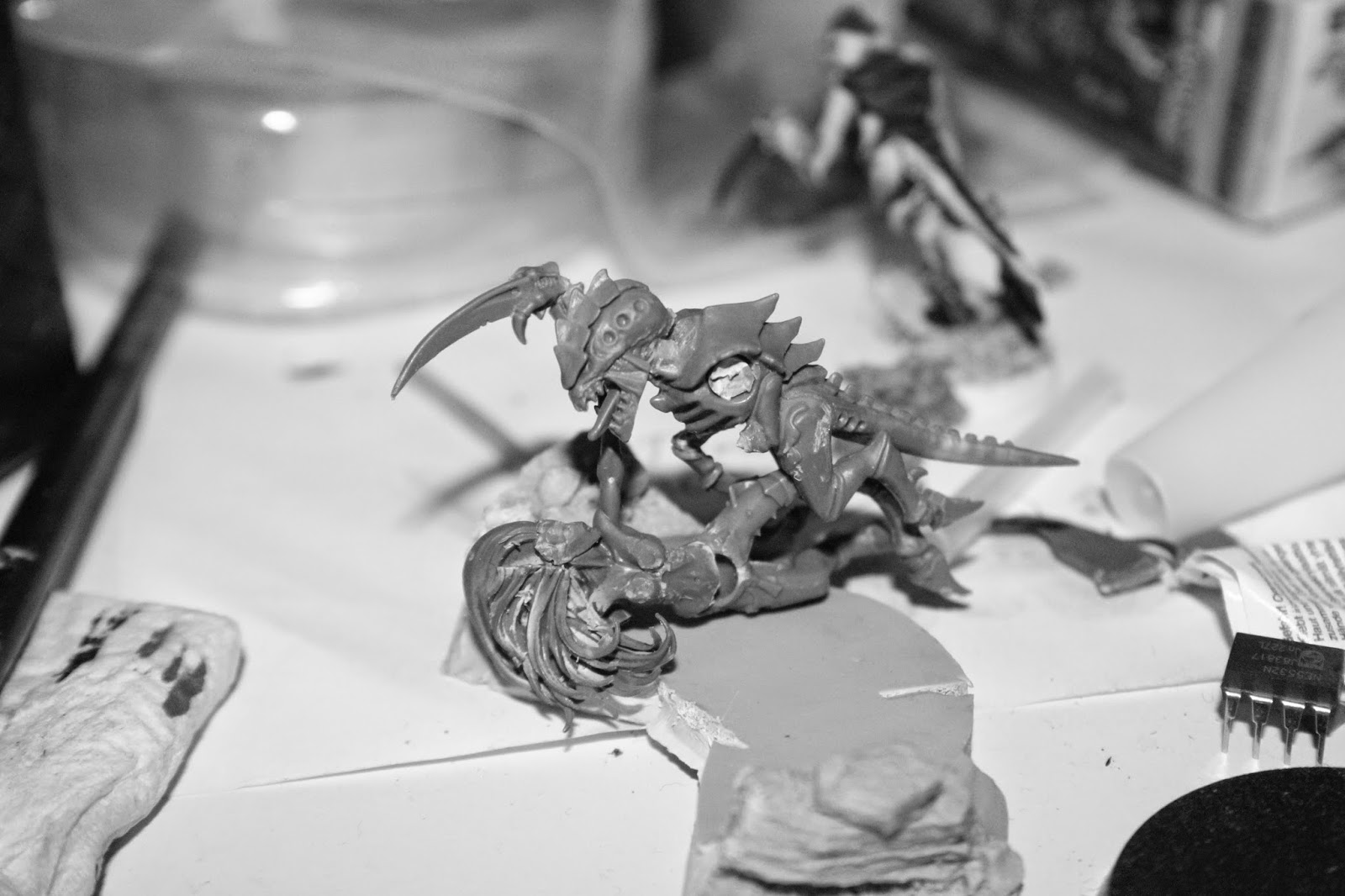 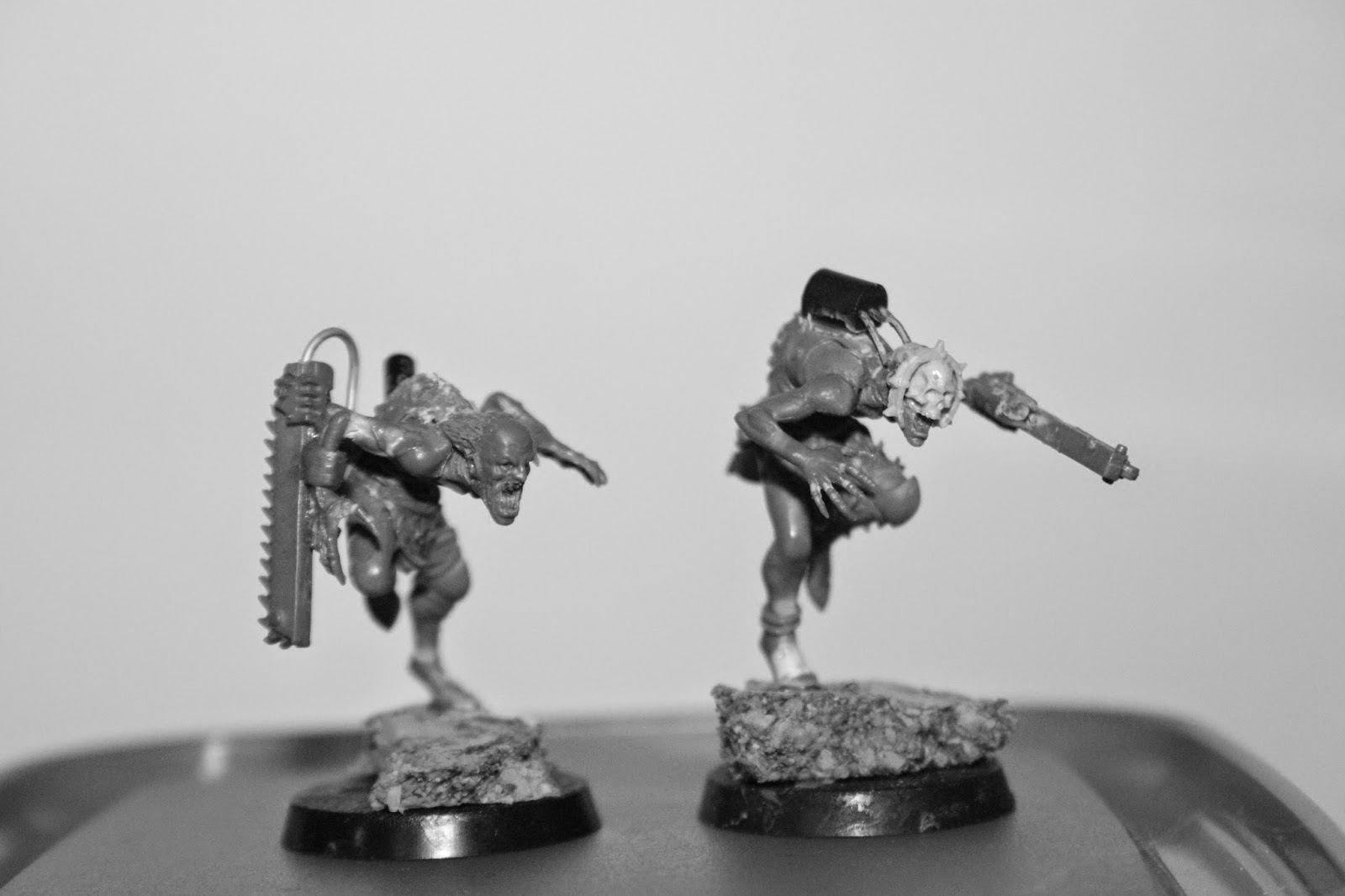 Here is a quick update on my Armies on Parade project. The ground and building is pretty much ready for priming. I used a mix of earth and sand to give the ground texture. It was done with several thick layers of wood glue/ PVA glue, earth and sand. Details like cork (to represent cracked pieces of asphalt), oil drums, dead Space Marines and wall-pices from the building, was pressed into the still wet mix. Together with a couple of craters, carved directly into the ground, this gave the project the ruined city look I was looking for. 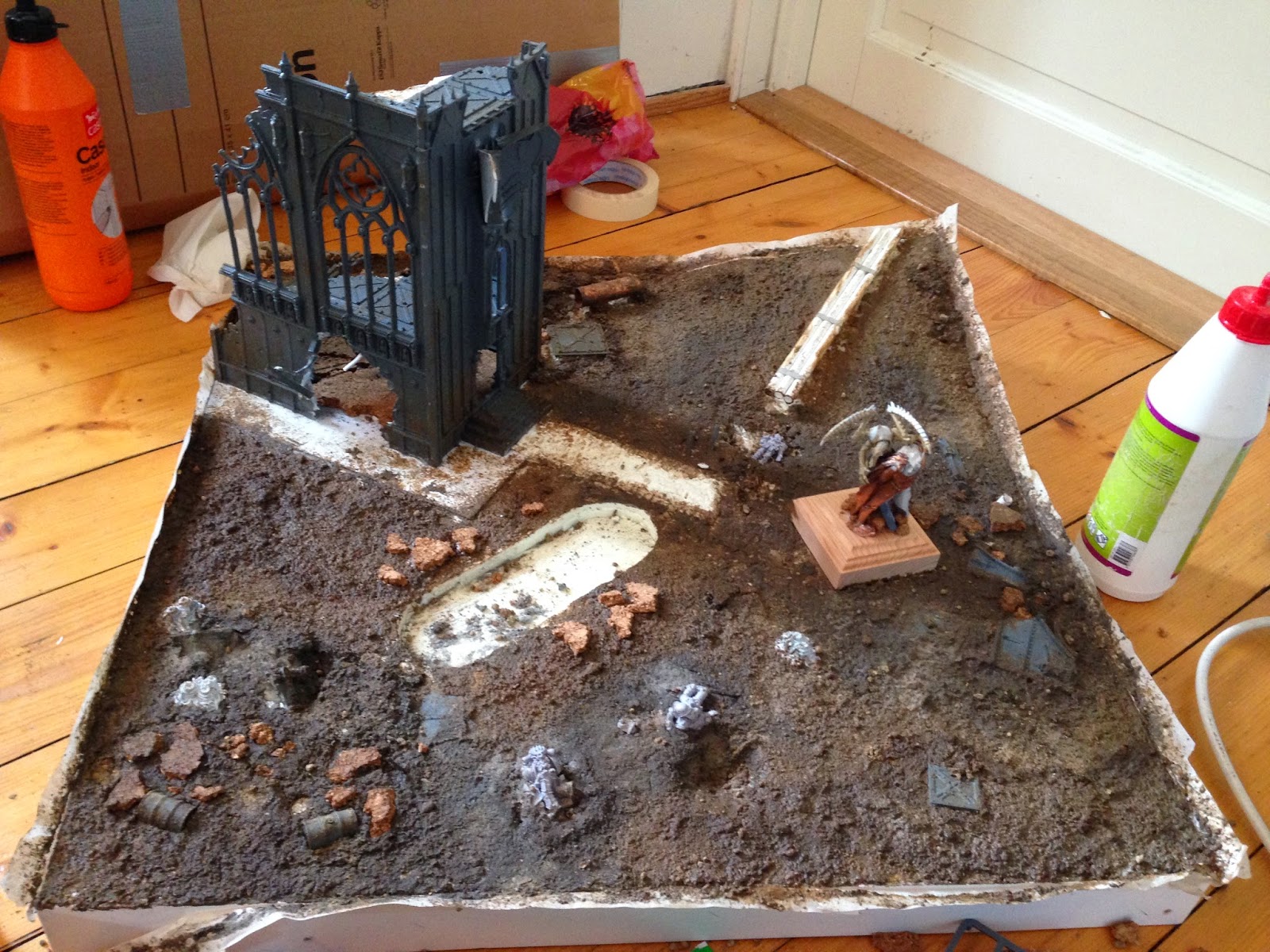 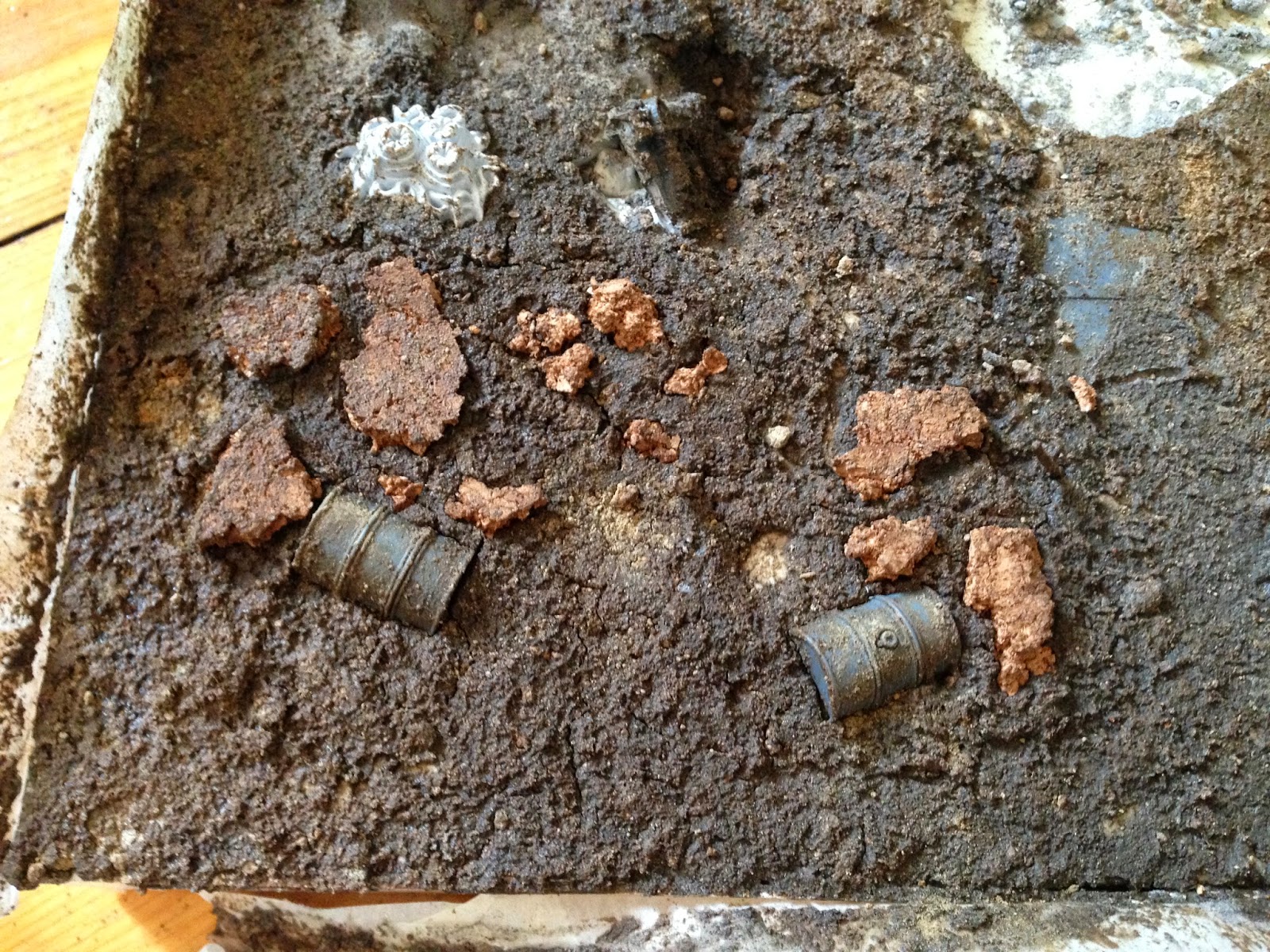 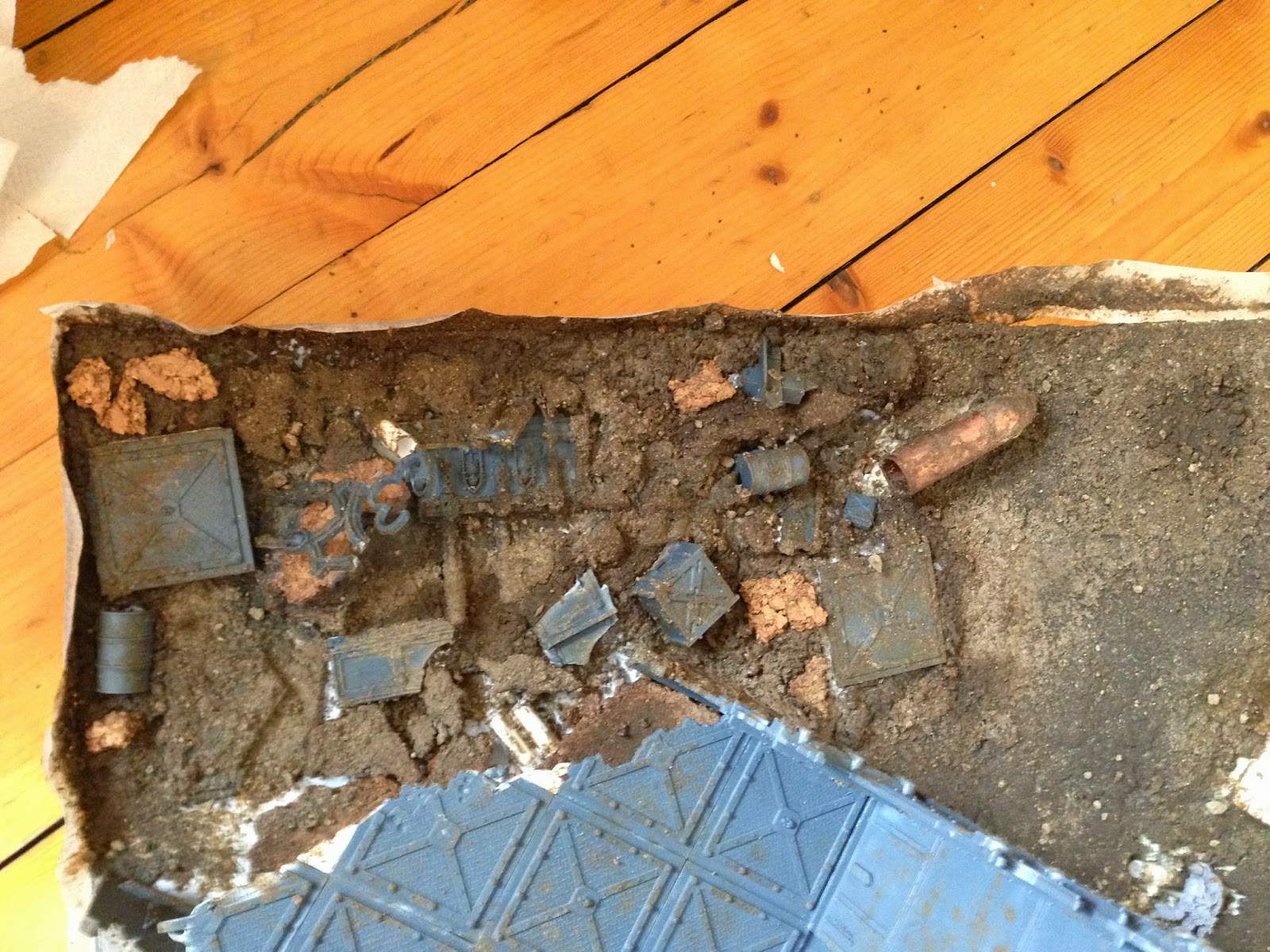 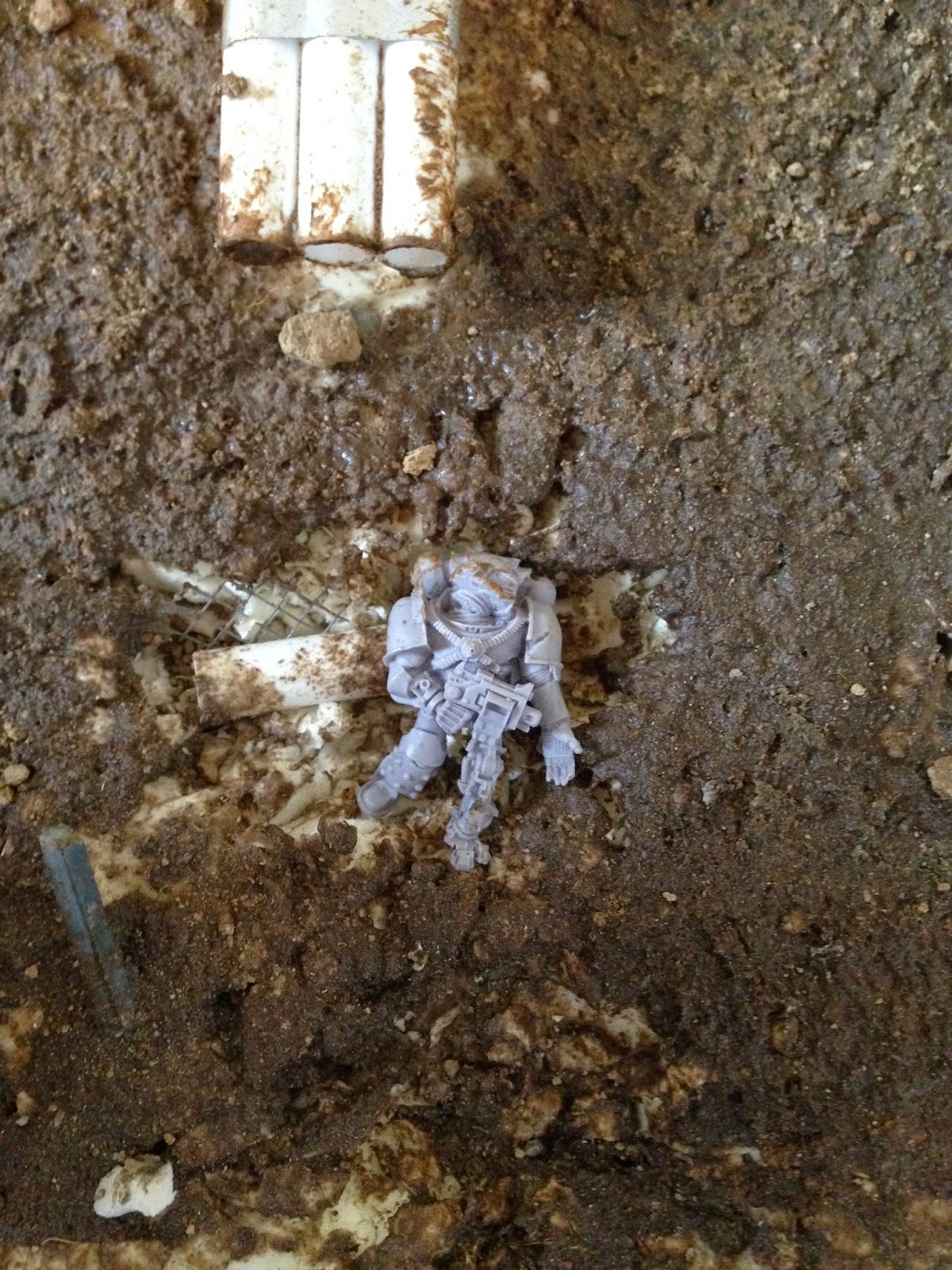 My favourite part of the ruined city so far, is the Carnifex I converted to be crashing through one of the Shrine of the Aquilla's walls. Sorry about the bad picture quality. I will post some better photos tomorrow. 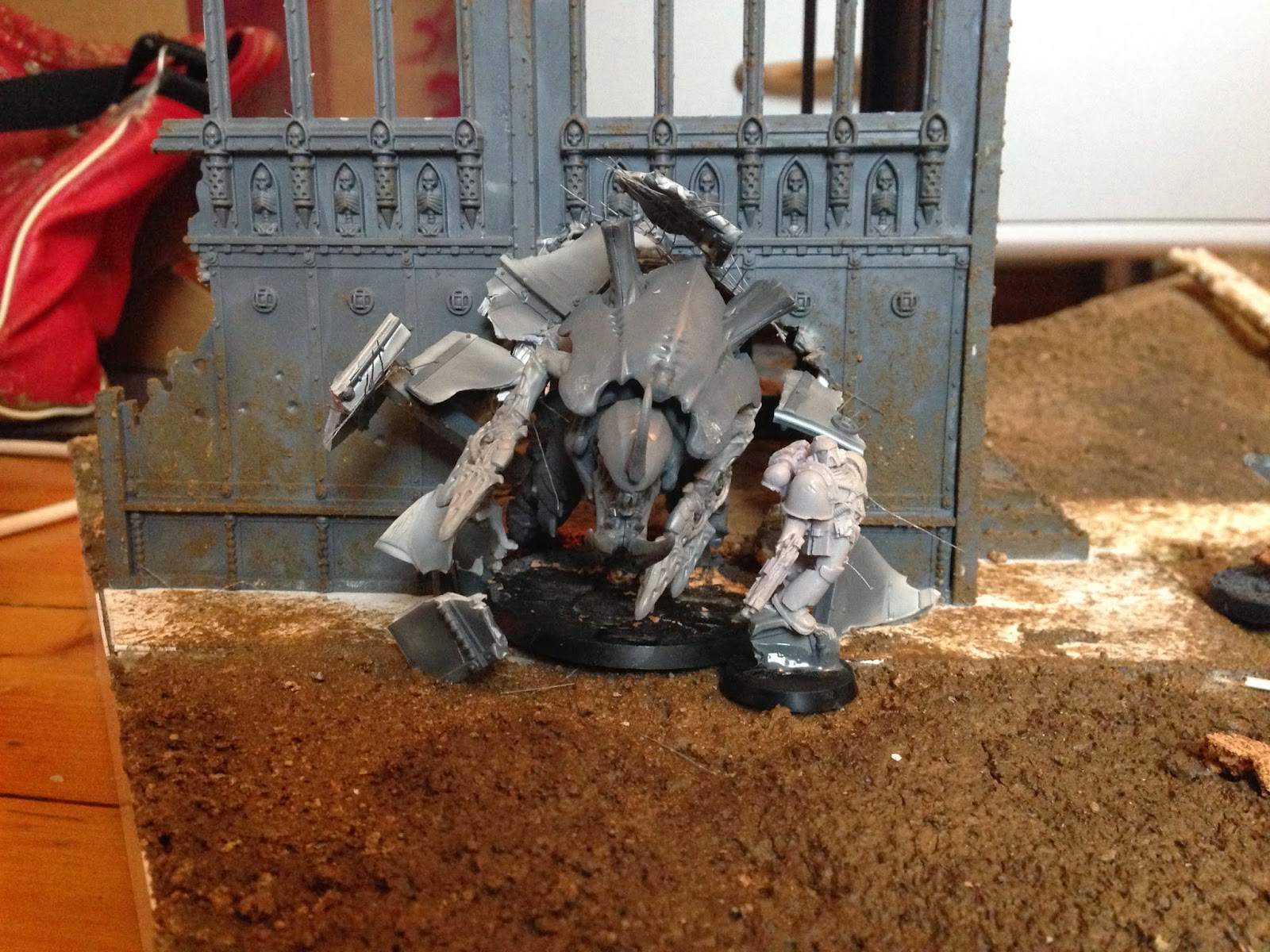 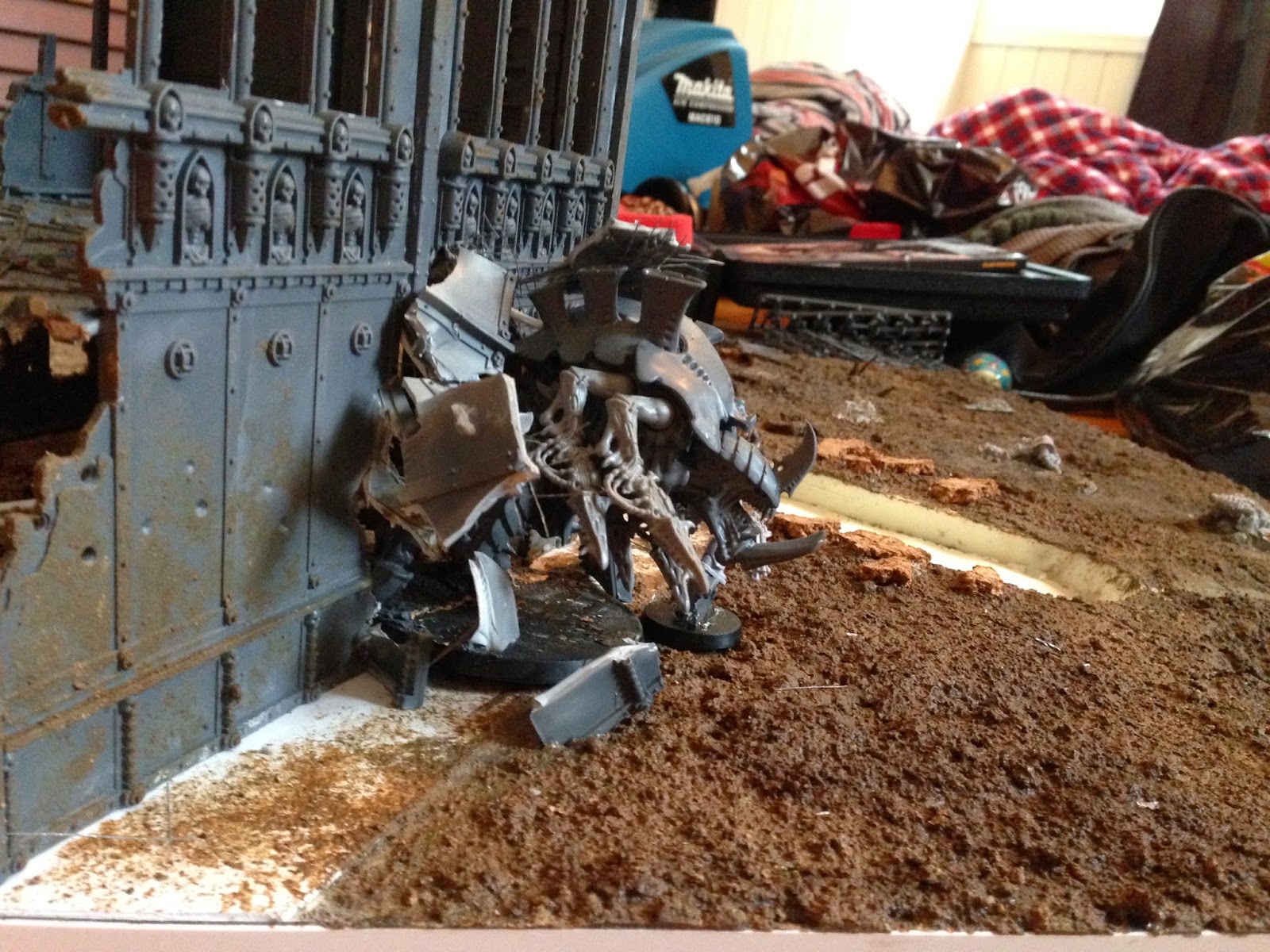 Armies on Parade part I

It has been a while since the last time I updated this blog. During the summer I've been occupied by real life stuff. But a couple of days ago, I finally sat down and started my next 40k project; an entry for the norwegian Armies on Parade.

First I thought about finishing my World Eaters, but decided that the army would be to small. A 2x2 feet display board would look too big for them. So I decided to go with my bigger army of Tyranids.

I want the display of the army to bee more of a diorama, than just an army. The plan is to have my tyranids swarming through a ruined Imperial city, leaping towards a couple of Imperial survivors. 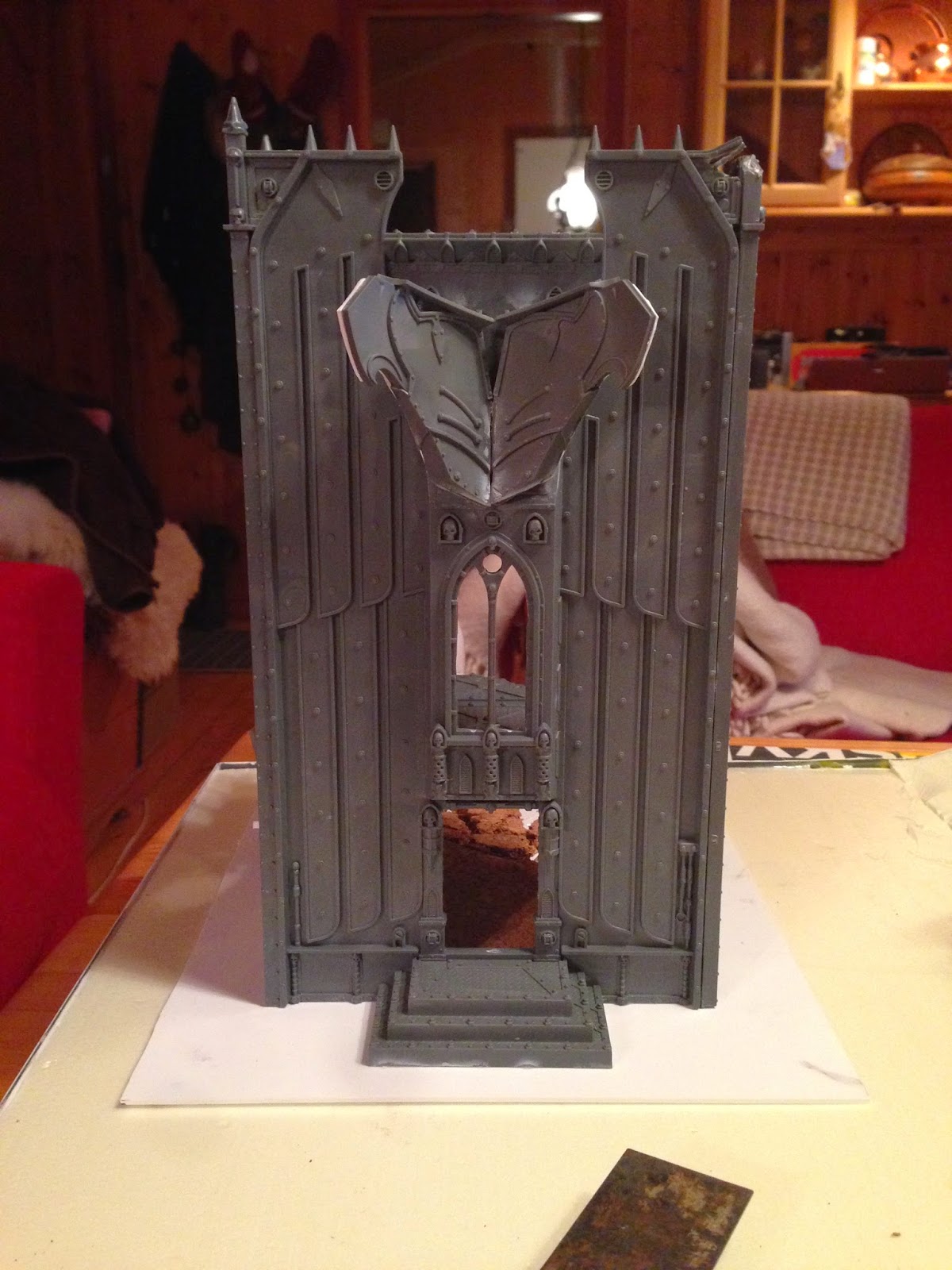 The Shrine of the Aquila has been converted to have two, instead of one head, to look more like the Impreial Aquila worn by the Space Marines. 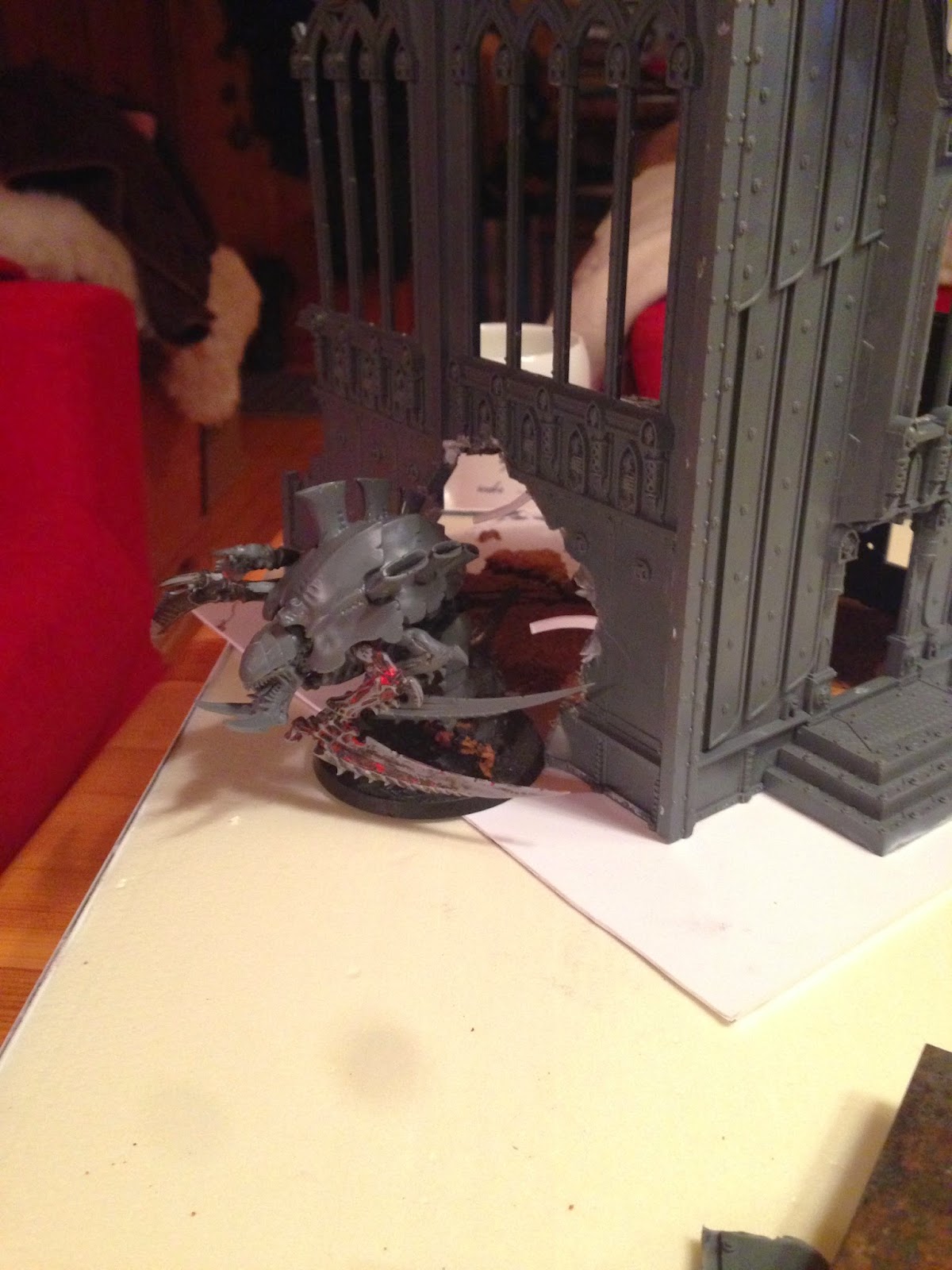 A Carnifex has been converted to have a running pose, crashing through one of the Shrines walls. This is still very WIP. 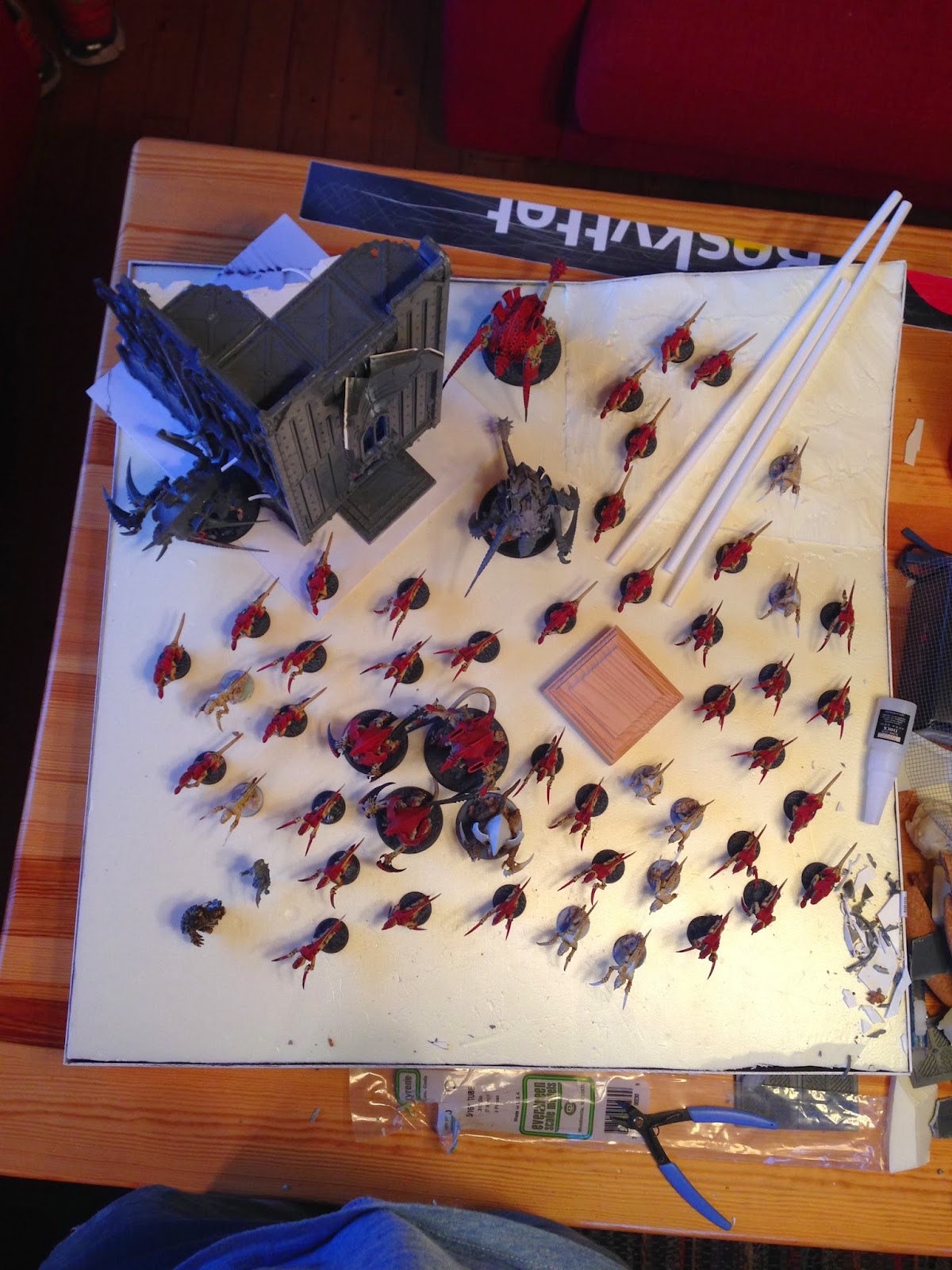 This picture gives an Idea of how the project will look once it's finished. 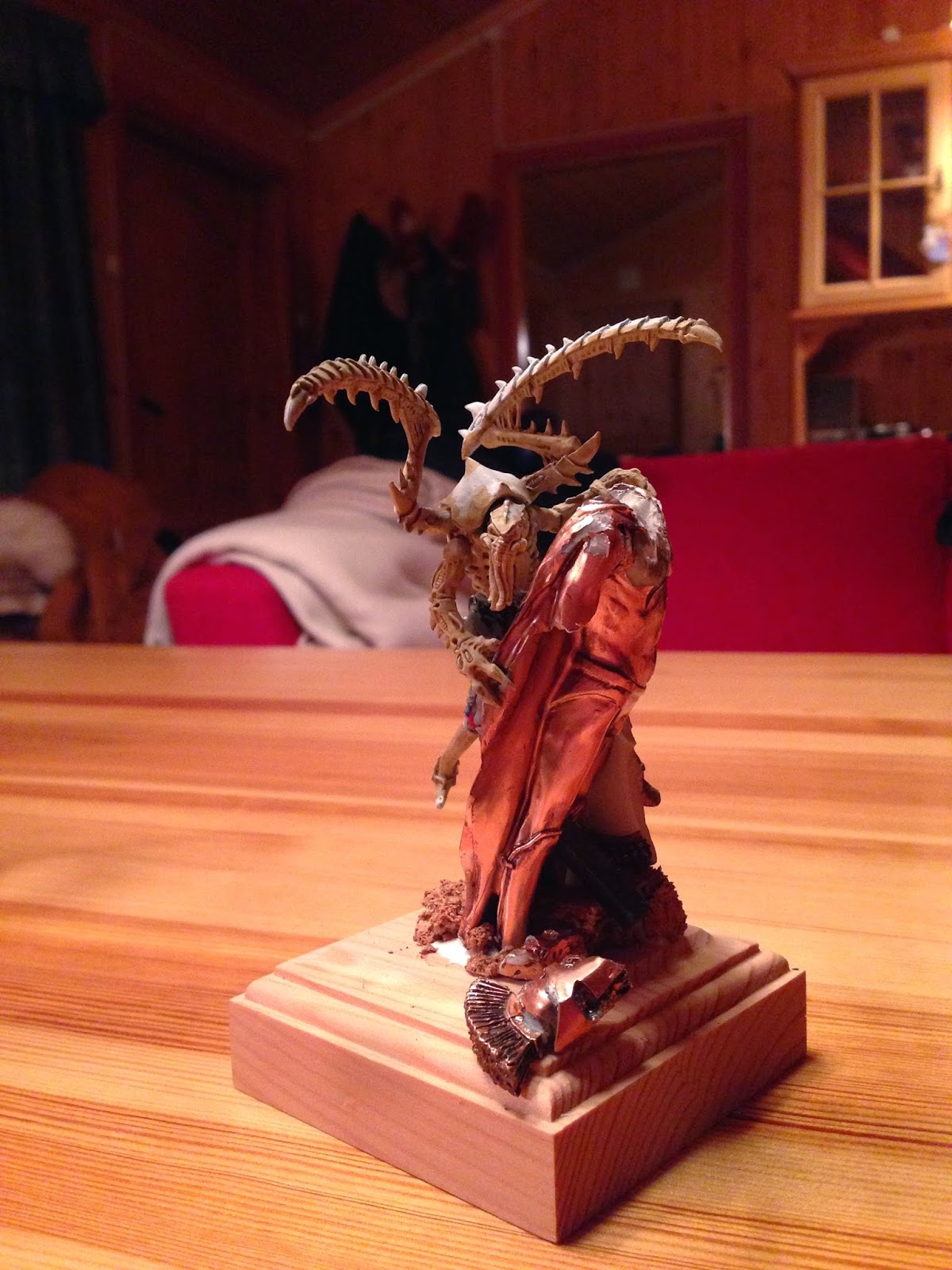 The last convert for tonight is a Lictor, climbing the back of a ruined king Leonidas statue, representing a long dead Imperial hero.