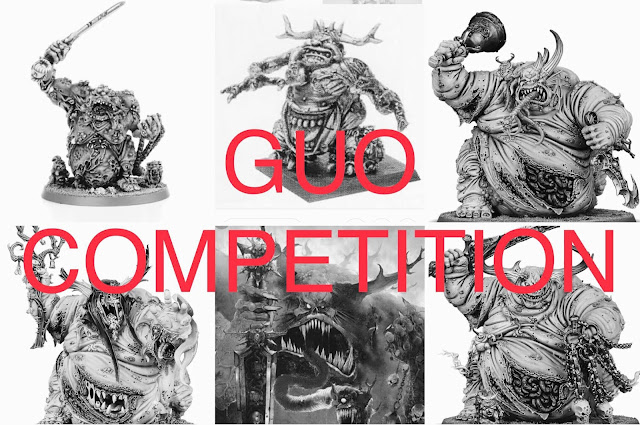 2018 will be the year of the Great Unclean one. With a brand new miniature from GW representing the Greater Daemon, I think it’s time for a competition on this blog.

How to enter the competition:

Make your representation of a Great Unclean One.

You can choose whatever artform/miniature you want. With the new GUO from GW I hope to see a lot of entries based on this miniature, but you don’t have to use it. I’ll accept older versions of the daemon, the Forge World version or your own sculpts. I’ll even accept GUO artworks (paintings, drawings, digital art, etc.). The only criterion is that it has to be a finished representation of the GUO. If you enter a miniature it has to be fully painted. You don’t have to convert the miniature, but it’s recommended to do so to make it unique.

If you enter a miniature, you have to send a minimum of two pictures. Front and back. You can send other angles/details if you like, but no more than five pictures per entry. Work in progress pictures are appreciated, but not mandatory.

If you enter an artwork, you just have to send one image.

The pictures must be sent to: wilhelminiatures@gmail.com

The entries must be sent before the end of April: Monday 30th of April at midnight Norwegian time (11.00 PM in Great Britain)

Every accepted entry will be posted on the blog. If you want to write a few words about your thoughts on the project, include them in the mail with the pictures, but no more than 300 words.

The best three entries will get some sweet prizes!! The prizes will probably be a gold, silver or bronze statue and a small bag of bits for future conversions.

Hello hello hello!! Happy new year everyone!
2017 was my most creative year so far. I've converted and painted even more miniatures this year than i did in 2016. I hope 2018 will be even better!

I started 2017 with the Vortapt IV project, and expanded my Pestigor warband. 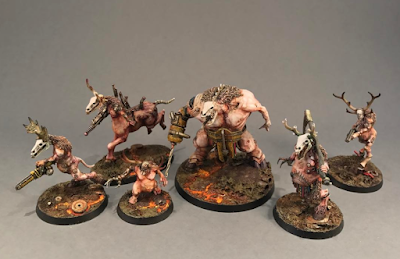 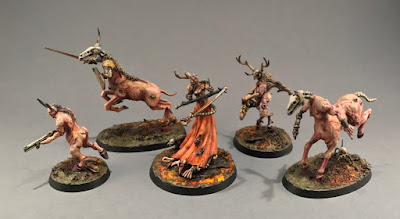 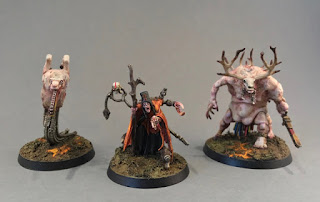 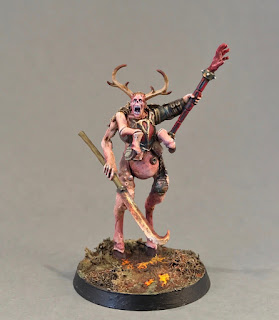 In April I turned Robute Gulliman into a Chaos Lord of Malal for AoS28. I also managed to complete several half finished miniatures for Silver Tower and Nestorian Infestation. 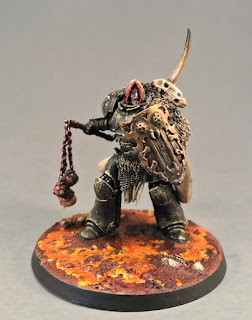 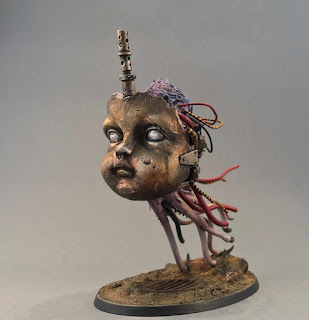 
In May I entered a duel in Golden Daemon and got a finalist pin! 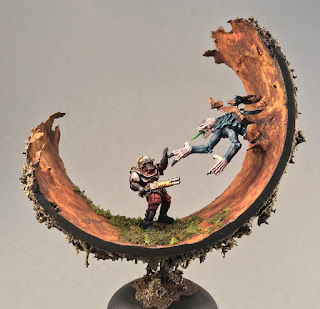 My Genestealer Cult for Nestorian Infestation was featured in Blanchitsu in July. I also got my hands on the new 40k starter-box and started a new Nurgle project. I finally got around to paint the Lord of Slaanesh I converted several years ago. 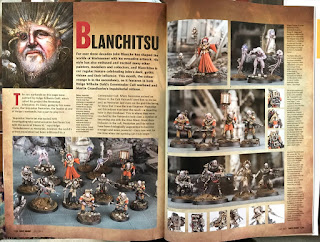 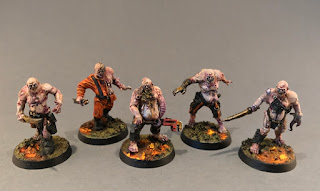 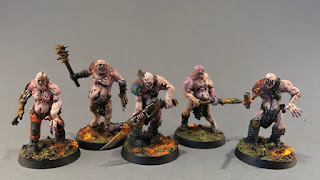 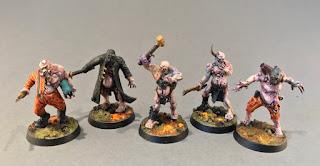 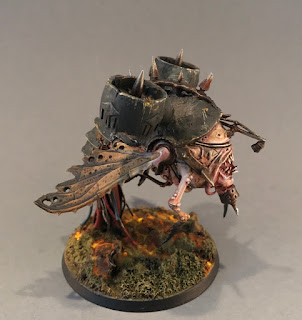 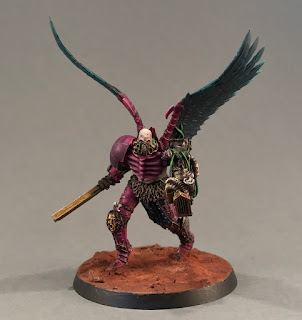 In August, September and October I worked on my Tor Megiddo warband. I traveled to Helsinki in October and played an awesome game with several talented hobbyists! 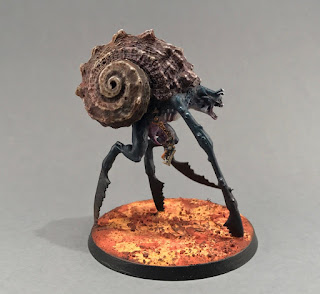 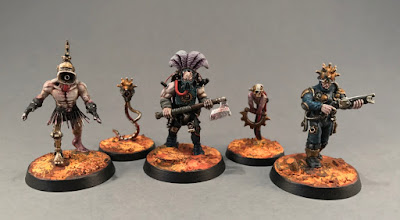 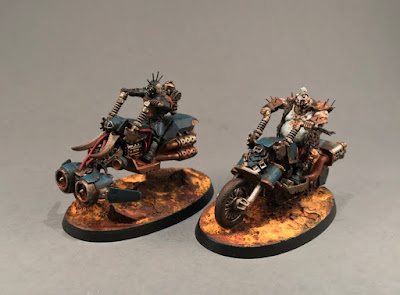 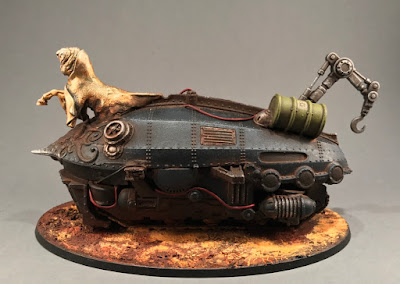 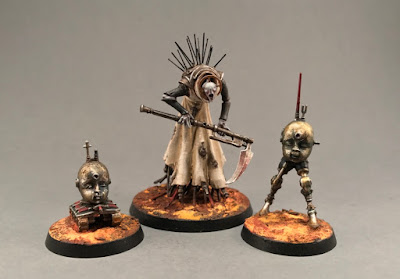 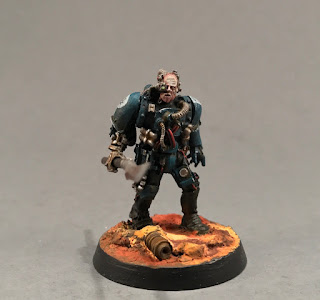 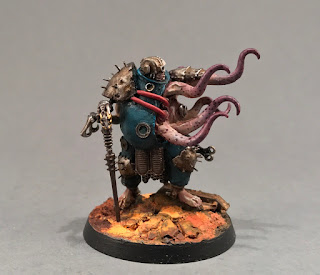 It was about time GW made some better proportioned Space Marine miniatures. I'll definitely convert some more Primaris Marines in 2018. 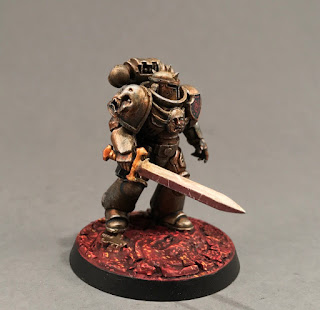 My AoS28 collection is slowly getting bigger. In 2018 I'm planning to add a Great Unclean One to the group. 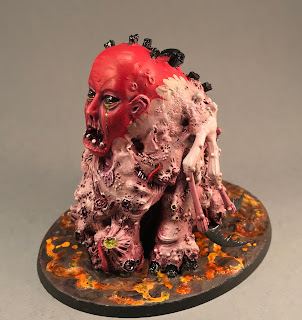 Thats it for 2017! My favourite miniature of the year is probably the Abalone Mutant (the thing with claws and a snail shell from August). Which one is your favourite??