Welcome to the second part of my tutorial on batch painting Poxwalkers. Read the first part HERE. 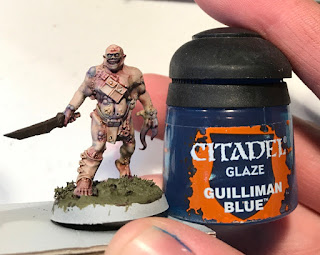 VIII. At this point I didn't think the Poxwalkers' flesh looked bruised enough, so I gave some areas a glaze of Gulliman Blue. 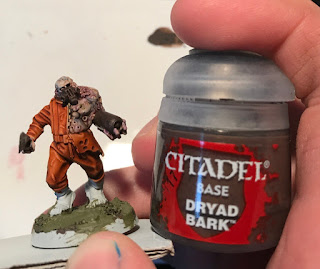 IX. Now I went back to the metal parts. Some parts were already painted brown when I did the bases, but now I did the rest with a smaller brush. 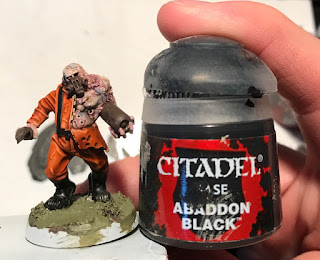 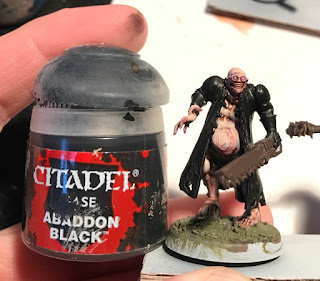 X. The boots and belts were painted black. This was the most time consuming step. Some of the miniatures have a stupid amount of belts and pouches. The trench-coats were also painted in this step. 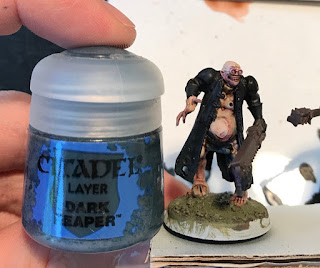 XI. Dark Reaper was stippled over the black as a highlight. 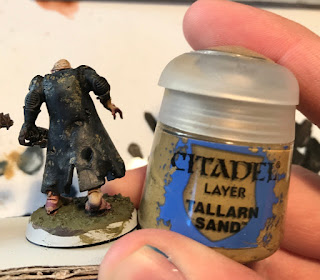 XII. To make the coats more worn and dirty (this is Nurgle after all), Tallarn Sand was randomly stippled over them. 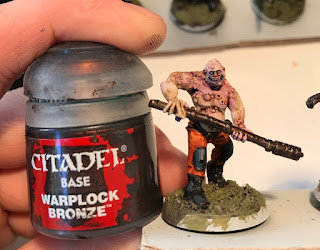 XIII. Bronze was roughly painted on the metal areas still showing some of the brown in the recesses. 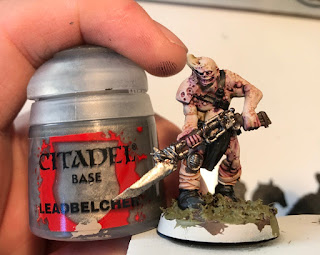 XIX. The previous step was repeated with Ledbelcher, still showing some of the other layers. 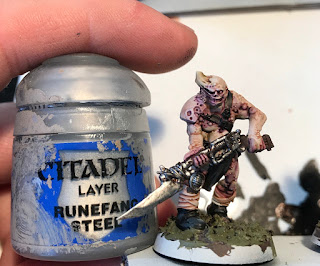 XX. The metals were highlighted with Runefang Steel. 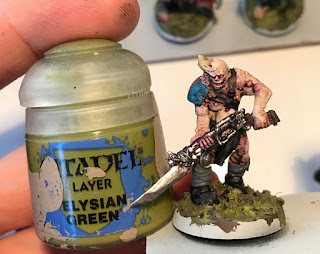 XXI. The bases looked a bit flat, so I stippled them lightly with Elysian Green. (I'll get back to the blue shoulder pad in part three where I show how I painted the individual details.) 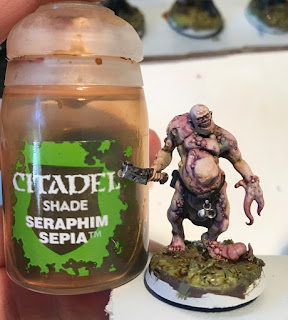 XXII. The bases were washed with sepia. 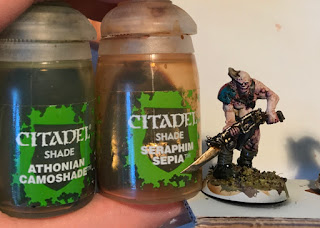 XXIII. Green and Sepia washed were used on metal and clothing. I like a bit of variation on the metal parts, so I used both washes at the same time, letting them blend naturally. 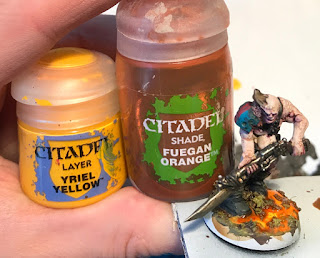 XXIV. The models needed some brighter colours. I decided to make the bases more interesting by adding some rusty liquid. I archived this effect by painting a pool of Fuegan Orange on the base. Watered down Yriel Yellow was added to the orange while it was still wet. 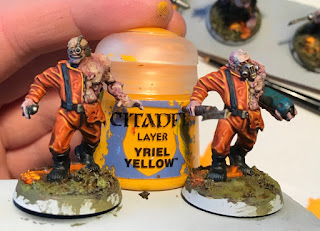 XXV. All the orange clothing were highlighted with Yriel Yellow.

XXVI. Pallid Wych Flesh was used to highlight the skin, and paint the eyes and teeth.

In these two parts I've finished the common parts on the models, like skin, metal and clothing. In the next and final part I'll show how to paint the individual details, like shoulder pads, special weapons and googles.

This tutorial got a lot longer than I anticipated, and a bit messy. But I guess that's what happens when painting 20 models in one batch. Next time I'll make a tutorial for one model at the time.

The next part of the tutorial will be finished sometime next week.