I've gotten a lot of great respons on my new Nurgle Warband, Black Pox. Thanks to everyone giving me feedback on these models here, on Facebook, Instagram and the Inq28 Ammobunker forum. A lot of you have asked me how I painted the skin on these models. These are the first models I've made in a while just for fun. They are not ment for any painting competition or big event. Both the converting and painting of these models are very rough, quick and a lot of fun. 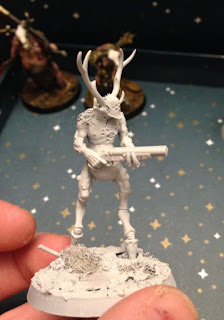 I. The model is primed Corax White. 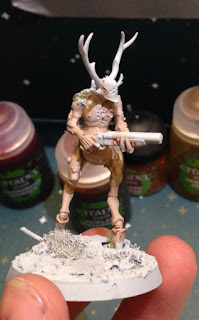 II. The skin is given a coat of Reikland Fleshshade. This is applied in a thin layer, no need to get any contrast at this point. 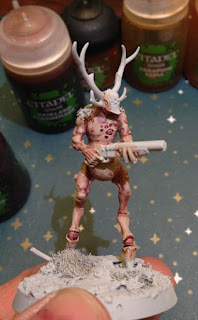 III. Start the shading prosess by applying Carroburg Chrimson in the recesses and places with shade, like under the belly and the inside of the legs. 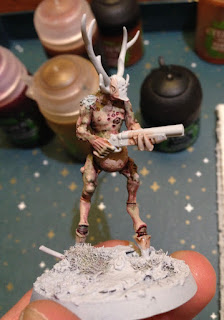 IV. last step was repeated with a mix of Coelia Greenshade and Seraphim Sepia. 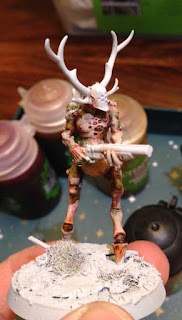 V. Fuegan Orange was applied in the same way, consentrated a bit more in the darker areas, and as a glaze to break up larger flat areas of skin. 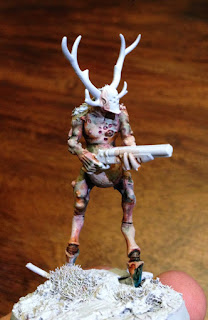 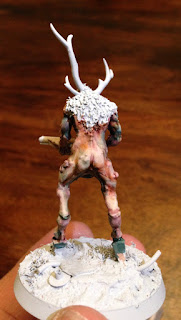 VI. Pure Coelia Greenshade was carefully applied where I wanted an even darker shade. 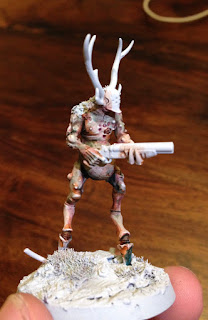 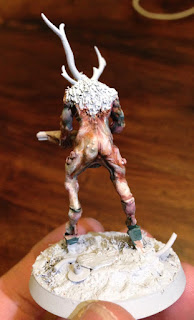 VII. Pallid Wych Flesh was used as a thin highlight to give a bit more contrast.

This is the last step of the skin. If you use this method for painting Plaguebearers or some other naked  mutant things you're basically done. When painting like this it's important to use this as an inspiration and not follow the same steps every time. This model was painted with whatever shades I had in front of me. I'm currently painting a Pestigor using Athonian Camoshade and Druchii Violet as shades and glazes. It's important to experiment when painting like this. If you want the models to look more classic Nurgly use more Camoshade and Earthshade, Slaaneshii models can have a couple of extra coats of Violette and Tzeentch can have a couple of blue coats. 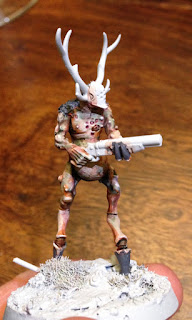 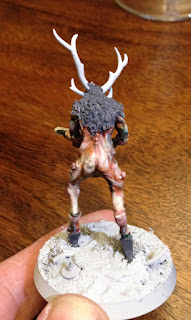 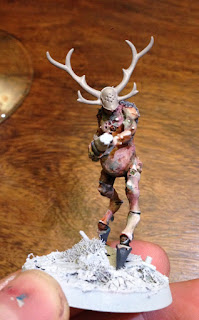 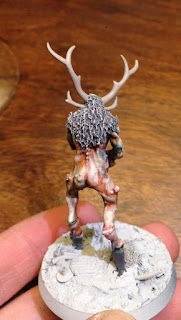 IX. The horns and mask/skull were painted Rakarth Flesh, and the fur was drybrushed in the same colour. The fur was then drybrushed with Pallid Wych Flesh. 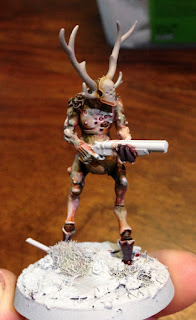 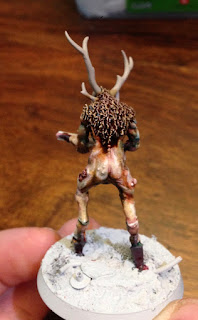 X. The fur was washed in Seraphim Sepia. While the shade was still wet, a little Carroburg Crimson was added to it to make the colour richer. The claws and hoofs were washed with Carroburg Crimson. 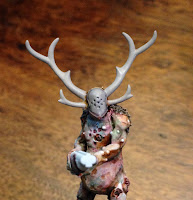 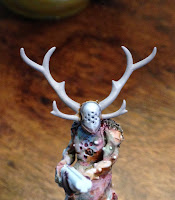 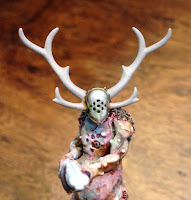 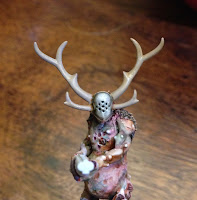 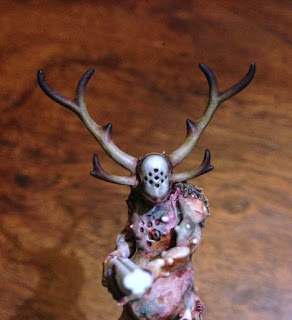 XII. The antlers was done by applying GW shades over a Rakarth Flesh basecoat. The shades were applied in thin layers, adding more and more towards the edges of the antlers. I used sepia, green, crimson and finally black to achieve this. 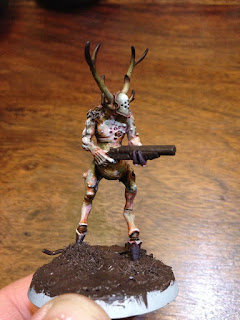 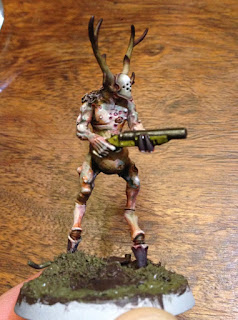 XIII. The base, weapon and any metal areas were painted Dryad Bark. The base was then overbrushed Death World Forrest. Several metal colours were stippled on the barrel ti give the gun a worn look. Yellow was stippled ons some plates to give the gun more variation. Finally the metal and yellow was washed with a mix of sepia and cammoshade. 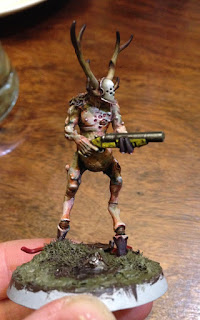 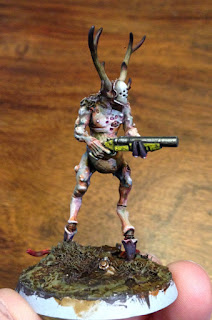 XIV. The details on the base were painted, and the metals and yellow were highlighted using the same colours as before. Finally the base was given a heavy wash of sepia and orange. 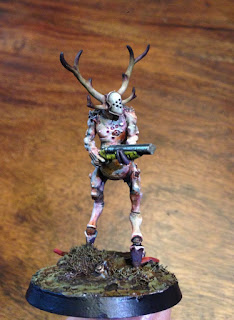