Armies on Parade 2016 by Rebecca

Welcome to the first guest post on this blog who is the winner of this years Armies on Parade competition in Oslo:

Hi, my name is Rebecca and here is my Armies on Parade entry. The building is made off card board boxes, covered in squares of plastic card. The faces you see around it, are different materials. The smaller ones are made by casting doll-faces and angle statues in green-stuff. While the big one it the head of a mannequin, used by hairdressers. I actually had to shave it and cover the top with filler. 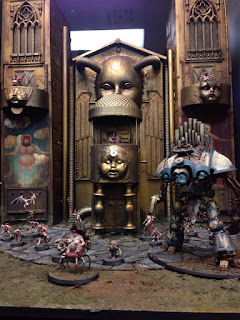 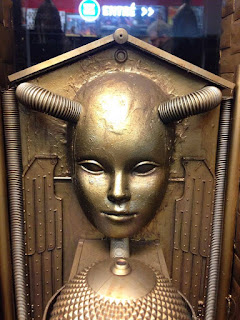 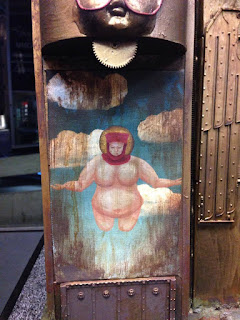 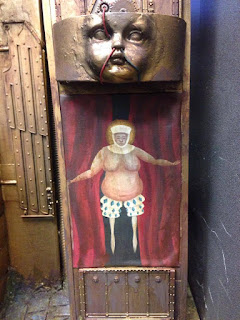 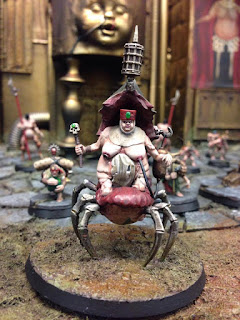 The leader of my group is called Matris Magnæ. She is also depicted on the two paintings on the towers. This model is based on a Nurgle Blight King. She has Goblin arms, Plaguebearer legs and a hed from the fat priest from Bretannia's Men at Arms box. Her chair is based on a Plaguedrone with spider legs from the Goblin Spider Riders. 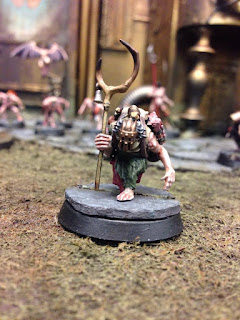 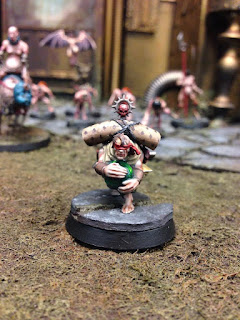 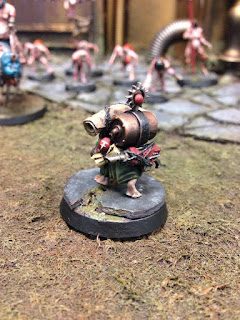 Matris Magnæ's slaves, carrying her luggage as she walks in here garden. They are based on Skaven with Flagellant heads. 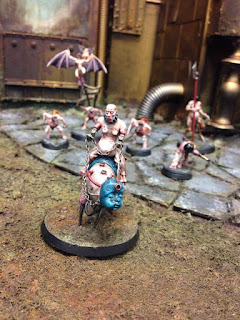 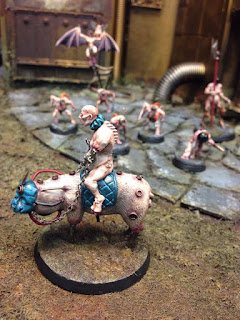 The Pig Rider is one of my favourite models in the group. He controls the kingdoms food production and trade with other colonies. The model is based on a plaguebearer with a zombie head. His pig is actually a plastic toy pig from the toy store, with some modifications done to it. 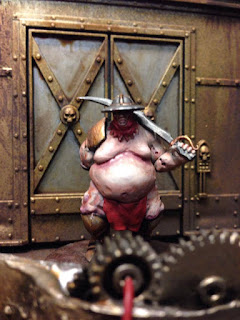 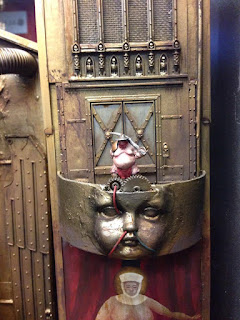 This mode is based on a Blight King. He is the commander of her majesties mutant cyborg army. 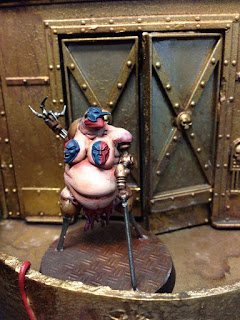 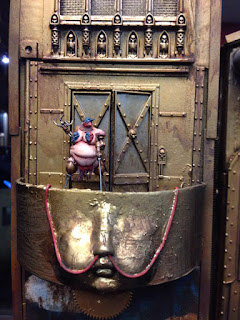 Another model based on a Blight King. She is the minister of culture and entertainment. 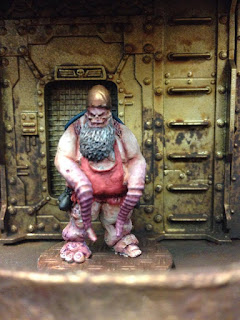 The final minister is Gregor the XVIth, master of coin. He is based on Festus the Leechlord. 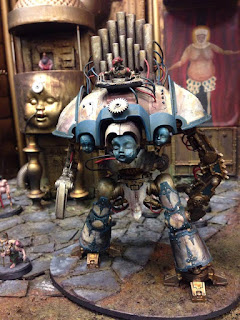 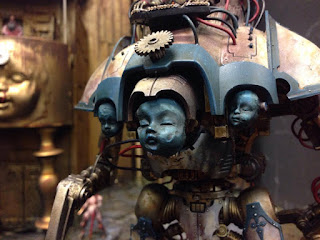 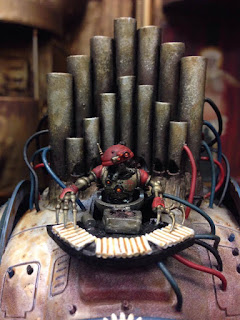 I also converted an Imperial Knight into a walking organ. The civilisation have lived relatively peacefully for centuries, and have no real use for warmachines. The Knights main purpose is to play music and lift heavy objects. 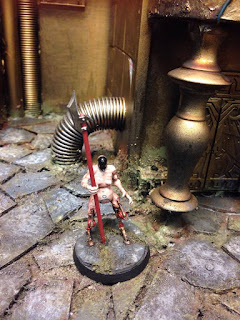 One of the Royal Guards based on a Plaguebearer with Mechannicus legs. 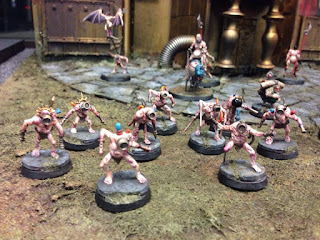 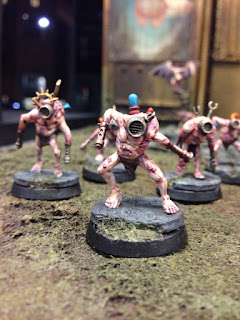 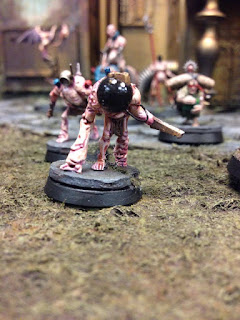 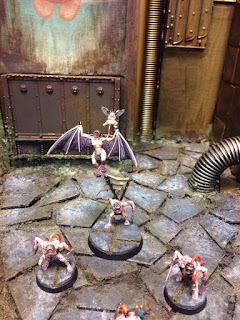 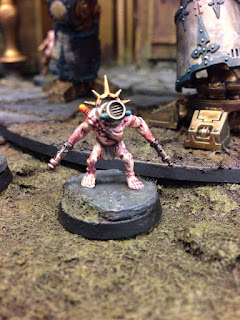 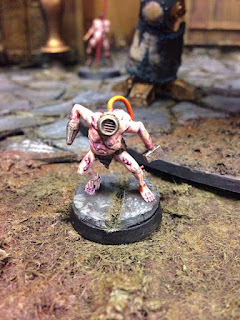 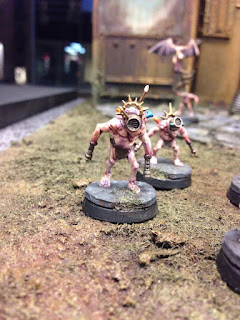 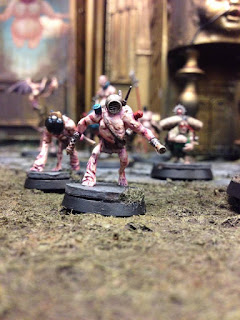 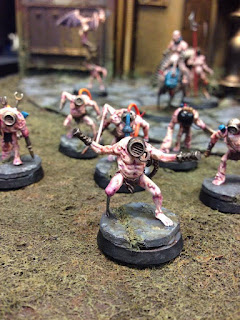 Lastly we have her majesties army of mutants. Because it has been so long since the colony went to war, the army is mostly for show, and practically useless in battle. Together with the Knight they make a good parade. These guys are based on Goblins from GW's Hobbit range. Their heads have been swapped for Space Marine backpack vents.

Thanks for reading! If you would like to see pictures of what I'm currently working on, you can check out my Instagram.
Posted by Wilhelm at 16:52