LEGEN: The Unnamed Knight and her Retinue 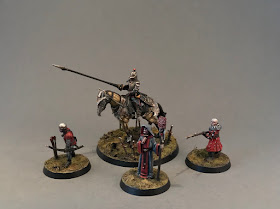 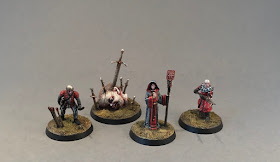 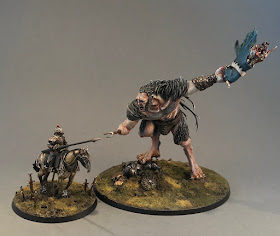 Time for another Legen-post. This time I'll show you my Knight and her Retinue. I've been playing some Dark Souls III recently and really wanted to create an anonymous dark looking knight. 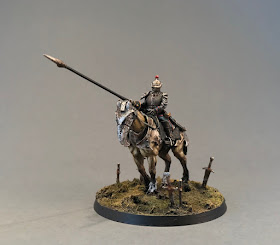 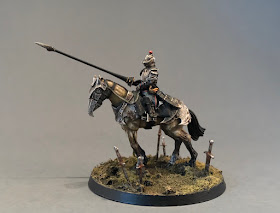 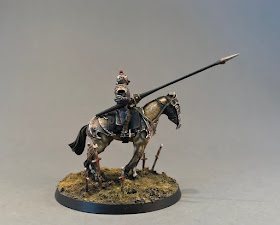 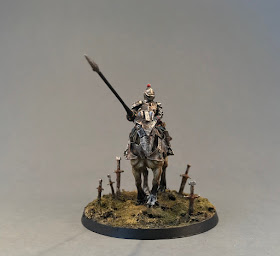 The Unnamed knight was based on a Forge World Death Korps of Krieg rider. This miniature is one of the best mounted characters GW/FW have ever produced. Both the horse and rider are very nicely proportioned, and really detailed. I removed all the 40k details, and swapped some of them for fantasy bits. The horse got a Skeleton Knight armour and a sculpted helmet. The Knights helmed came from Perry Miniatures. Perry Miniatures are a lot smaller than the regular GW miniature. But GW miniatures often have small heads, so it actually worked really well. The swords in the ground came from skeleton warriors. The blades are originally really thick, so I trimmed them down with a scalpel, and added rust texture with Typhus Corrosion. 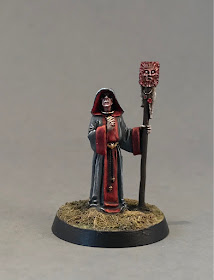 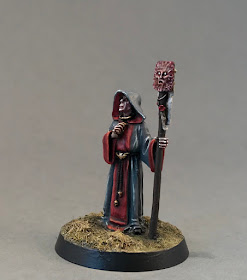 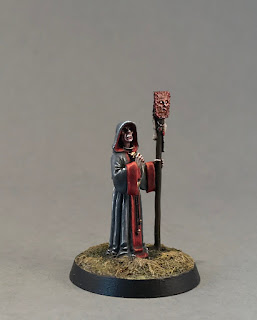 The Mage was a really simple conversion. I only had to sculpt over the eye on top of his staff. The base miniature was a 40k Imperial Guard advisor, an Astropath I think. I love how tiny this guy is! 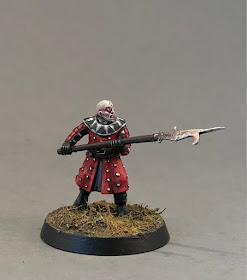 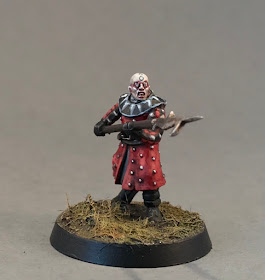 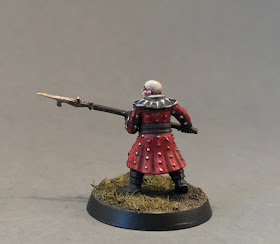 The Pikeman was a quite simple conversion. I used a Bretonnia Men-at-Arms body, arms from Perry Miniatures: War of the Roses and a head from an Electro-Priest from the Mechanicus range. The head and body is a lot smaller than a regular GW human, so the small Perry Miniatures armes fit perfectly. 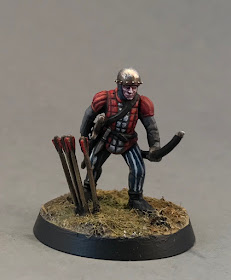 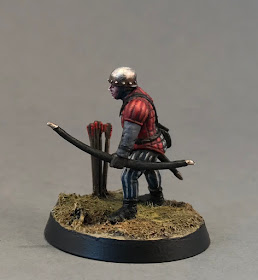 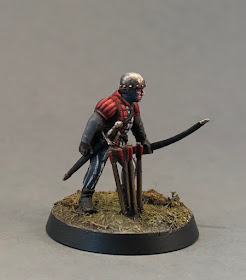 The Archer is a straight from the box Perry Miniatures: War of the Roses Infantry miniature. Her body is a lot narrower than the Men-at-Arms bodies. This makes her look like a woman when she stands beside the pikeman.

The Swords of the Fallen 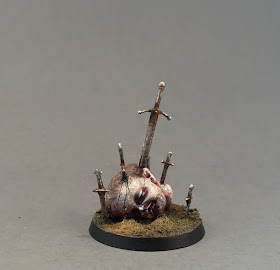 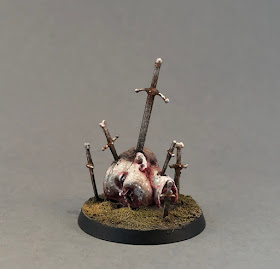 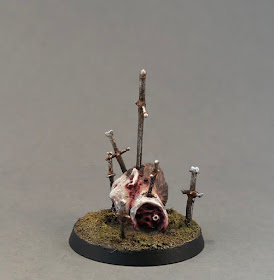 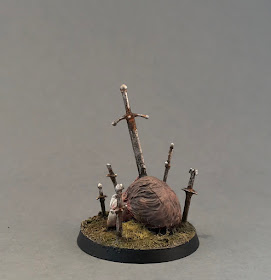 The Swords of the Fallen is a spellmarker I made for my Mage. He can make swords of fallen heroes fall from the skies and smite his enemies. In the end of the game, this spell took out the Giant leader, Nerod.